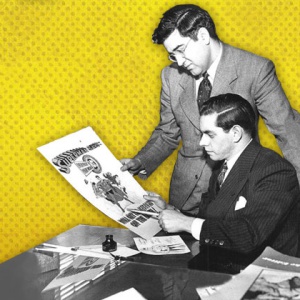 Comics artists, and writers too, are overworked and frequently underpaid. Is it finally time to unionize?

So you want to create comics. Great, you're in good company. But be warned: you might starve, even if you're successful.

It's no secret that the creative class within the comics industry is long-suffering and, increasingly, in dire straits. Writers and artists can spend years working on a strictly freelance basis with an expectation of high output. No matter how good, most never manage to make the transition to full time (read: benefits) employment, and pay has fallen sharply from highs in the 1990s for all but a few A-list level talent.

This is especially galling in the era in which Comics have become the source for a sizable chunk of American blockbusters over the last decade, generating billions. Unfortunately, that outsized influence hasn't been a rising ride that lifts all boats. How did we get here?

Last week, David Harper over at Multiversity Comics offered an aggressive take on the topic. He sees artists as having it particularly tough, and suggests that in part it's because writers are given higher priority than artists. He also identified four major reasons why the contributions and prestige of comics artists have declined in recent years. They are:

1) Marvel Comics' increasing double shipping (two issues of a title in a month), forcing the use of rotating artists for ongoing titles, diluting the perceived individual worth of each artist;
2) DC Comics' emphasis on an in-house artistic style that homogenizes publishers' output and reduces the ability of readers to know and become attached to individual artists via recognition of their work;
3) Relatively stable comic sales that demonstrate to major publishers that switching up artists or reducing their artistic individuality doesn't negatively impact the company;
4) The impact of Internet culture on the way people discuss comics. Specifically the fact that writers are far more likely to be profiled and interviewed than artists.

Harper also touches on the history of comics as an industry to argue that respect for artists may be at an all time low, the relationship between artists and writers historically uneven, and the past a time of much greater respect for artists generally. He cites the establishment of Image comics in 1992 as the high water mark of respect for artists in the medium, and uses it as an example of "how powerful artists used to be in comics ".

While it's undeniable Harper is onto something, and the article is worth a full read, artists' relative power in the past may be exaggerated, and the idea that the success of writers comes at the expense of artists is problematic too. Further, the causes listed above are more symptoms than an actual diagnosis of the disease. A deeper look suggests that what the community needs is organization.