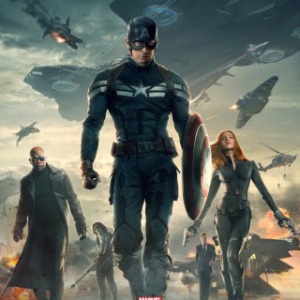 We break down what the references packed into Captain America 2 might mean for the future. It goes without saying that there are MAJOR SPOILERS galore.

Again, SPOILER WARNING: I am not kidding around here. This article is going to give away very big plot details that are best experienced first while you watch the film. If you haven't seen the movie, turn away now. Seriously, this is your last chance. The HMS Spoiler is launching now.

The film's events are earth-shattering for the Marvel Cinematic Universe. In it, we learn that HYDRA, thought destroyed along with the Red Skull at the end of World War II, had actually infiltrated SHIELD from its very inception, growing in strength over seven decades until it came to control the organization, its elite fighting units, and even elected officials. Over the decades spent gathering its power, HYDRA managed to engineer much of the MCU's post-WWII era's conflicts, often with the help of a shadowy assassin known as The Winter Soldier. (Who turns out to be Steve Rogers' childhood friend Bucky Barnes, saved thanks to experiments performed on him while in captivity during the events of Captain America: The First Avenger.) Brainwashed and kept in cryostasis for years at a time until he's needed, Bucky is a cybernetic killing machine with little to no recollection of his former life.

HYDRA/SHIELD's ultimate goal is to create so much chaos and uncertainty that a terrified global populace will willingly accept iron-fisted dictatorial rule in exchange for safety. In implementing this plan, HYDRA/SHIELD attempts to murder Nick Fury, Black Widow and Captain America, leading the three to uncover the conspiracy and ultimately shut it down. SHIELD is subsequently disbanded and all of its secrets released on the Internet. As the film ends, Nick Fury, still officially dead, has gone underground to fight the remnants of HYDRA in Europe, Black Widow is laying low with a new (unspecified) identity, and Steve Rogers, with new BFF Falcon in tow, leave on their own to try and find The Winter Soldier and, if possible, save him from himself.

Officially, that's all we know, at least until The Avengers: Age of Ultron comes out next year. Fortunately, in addition to being a really good movie, The Winter Soldier comes with a surprising number of Easter eggs, and they do more than simply deliver sugary bits of shout-outs to longtime fans. They also offer fairly strong clues about the future of the Marvel Cinematic Universe.

Here's everything we noticed, and why (we think) they might be significant.

We'll begin with the random gags thrown into the film to make people snicker, and there's no better starting point than Steve Rogers' to-do list, seen early in the film, which Marvel tailored to local audiences worldwide (like the version seen here, shown to UK moviegoers). The list has a nice call-back later in the film, when Black Widow, attempting to hack into a truly ancient computer, quips "would you like to play a game?". She starts to explain the joke to Captain America, but he stops her with "I've seen it."

The film's main villain, Alexander Pierce, is a truly monstrous person, but in keeping with his apparent friendly fascist views, he also seems to care about at least looking like he gives a damn about charity. Thus he has a bottle of Newman's Own dressing in his fridge. Obviously, Robert Redford, who plays Pierce, was a lifelong friend of actor Paul Newman. Which makes this both hilarious and also kind of sad, since we now have to remember that Newman died several years ago.

Finally, in what is one of the oddest and definitely the most hilarious Easter eggs, near the end of The Winter Soldier, we finally see Nick Fury's (fake) gravestone. The camera lingers just long enough to show off that it bears the inscription "The path of the righteous man - Ezekial 25:17". Apparently, Nick Fury has seen Pulp Fiction and noticed how much Samuel L. Jackson looks just like him.