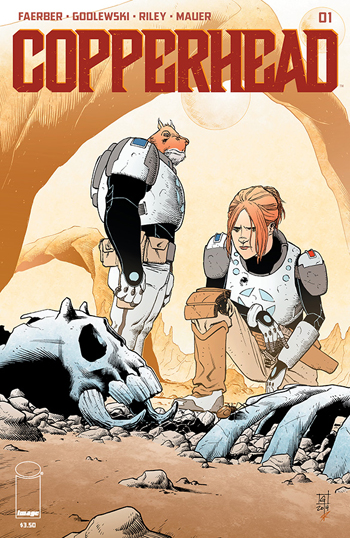 Who misses Firefly? Now that I have the attention of the entire nerd hive mind, please feel free to go to your local comic store and buy Copperhead 1. A new series from Image, the first issue follows the enigmatic Sherriff Bronson. Newly hired to the backwater town of Copperhead, she's immediately thrown into action dealing conflicts between its mixed population of humans and aliens. The book also deftly hints at a richer history, both for Bronson and its universe at large. Are there moments that reek of sci-fi westerns past? Absolutely. The creators actually admit this in the book's final page/letter column. That aesthetic is still really charming though and when it's coupled with the sort of solid writing and visuals Copperhead possesses, it's hard not to find yourself hooked.