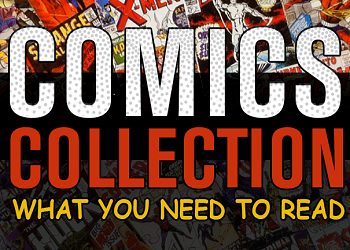 The Escapist's Comics and Cosplay team checks out Injustice Year 2, Princess Ugg, and the new Thor.

It's October, and that means the Comics and Cosplay crew at The Escapist is celebrating the arrival of new television shows based on our favorite comics (like Gotham), and the return of Agents of Shield . The steady flow of comics doesn't stop for new television series however, so as usual we've rounded up the best issues from the last two weeks for you to enjoy while sipping your first pumpkin spice latte of the season.

This week, Marshall Lemon follows Batman's pal Dick Greyson into espionage in Greyson, and gets ultraviolent with the all-new Lobo. Marshall also took a look at the first collected volume of DC Comics' Injustice: Gods Among Us Year 2, gumshoed through Ed Brubaker's new crime noir The Fade Out, and got a little melancholy with The Li'l Depressed Boy: Supposed to Be There Too. Stew Shearer checks out Marvel's latest leading lady in Thor, and heads out into space with Silver Surfer, before ending up on a backwater mining planet with a small massacre problem in Image Comics' Copperhead. Marla Desat was also drawn out into the cosmos with Roche Limit, a sci fi noir about a colony gone bad, and jumped back in time to 1600s Spain to see a samurai and a Jesuit priest team up in the sword fighting mystery Cimarronin. Marla checked in on Marvel's Inhuman to see how Queen Medusa is faring with her city now known to the world, and found a gem with the coming-of-age story Princess Ugg.