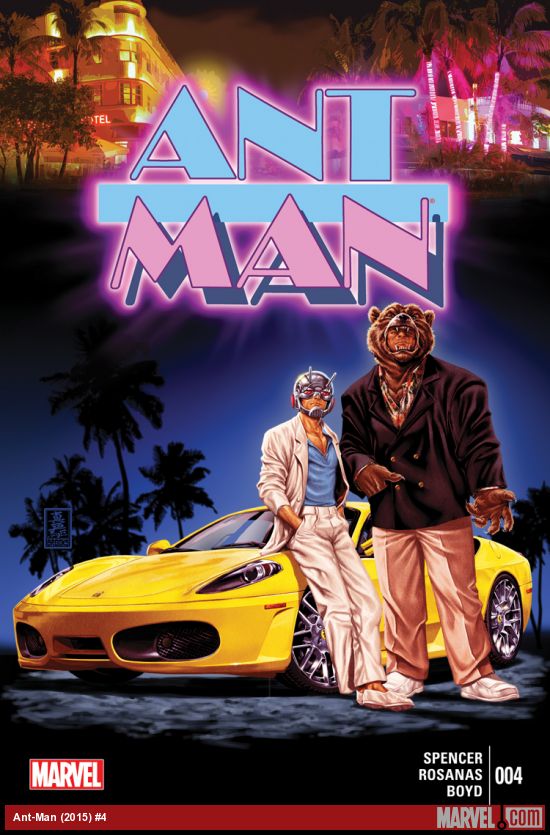 Ant-Man #4
Can I just say how surprised I am that I love Ant-Man as much as I do? Before the launch of this book I had zero interest in the character. I regarded the first issue as required reading; a primer to get me ready for the movie. I never thought that I'd find myself looking forward to it just as much as (if not more so) than many of my other monthly favorites.

Issue 4, in turn, is exemplary of why I enjoy it so much. When issue 3 left off, Ant-Man's (aka: Scott Lang) daughter had been kidnapped by the evil corporation Cross Technological Enterprises. Their plans for her obviously being bad, he suits up with his trusty employee Grizzly to mount a rescue mission. Unfortunately, Cross's security systems are too advanced and with the rest of the superhero community ignoring him Scott's forced to seek out an unlikely ally.

What I find so special about this issue, and the series overall, is the expert way that it balances the seriousness of the situation with the humor that makes it so enjoyable from moment-to-moment. Ant-Man 4 is easily one of the funniest comics I read all April. That said, it also does a great job of telling a dire and serious story. The stakes are high here. Scott is desperate and the writing balances his struggle the book's laughs. Long story short, Ant-Man is awesome and even if you don't see the movie, you should read the book.

Favorite Moment: "Boss, we gotta get some air-conditioning in here- I'm wearing a bear suit in Miami, s'bad enough." 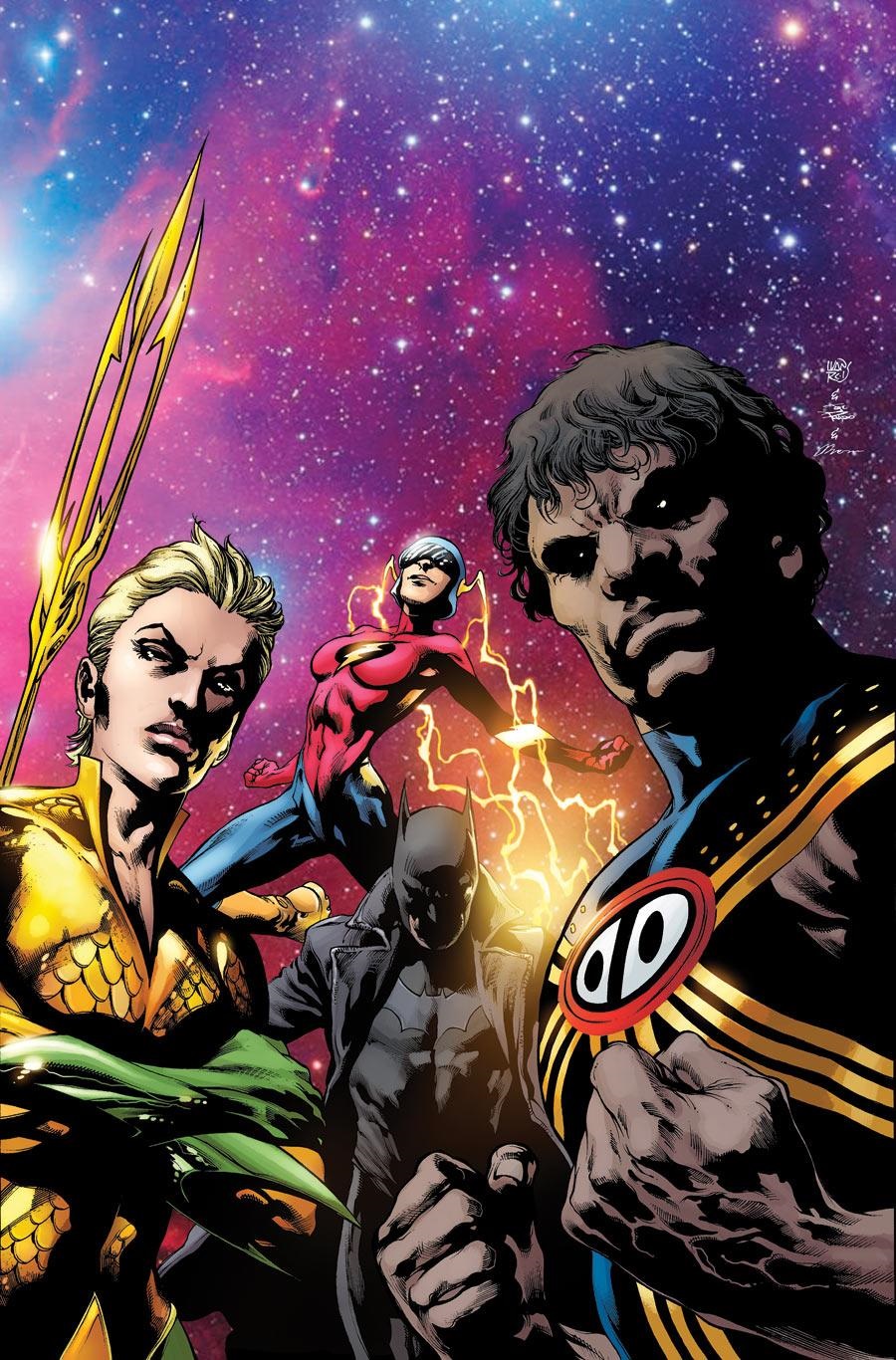 The Multiversity #2
I'm really going to miss The Multiversity. It was perhaps the most ambitious concept of Grant Morrison's career - a mega-crisis event spanning all of DC's obscure parallel universes. Its characters and worlds have been a joy to visit, including everything from the slapstick Captain Carrot to the post-9/11 Watchmen. Now The Multiversity has come to a close, but thankfully this finale is the most spectacular ending you could hope for.

In past issues The Multiversity introduced the Gentry, an invading force seeking to conquer the multiverse. Now their plan is finally revealed - launch simultaneous apocalypse events on every Earth, including the dozens we've only glimpsed so far. But what the Gentry didn't count on was the multiverse fighting back, using scattered dimensional gates to invite every single hero to an epic final battle.

The Multiversity #2 centers on the linchpin Earth 8 conflict, but its scope reaches well beyond that. The battle truly does rage across multiple dimensional fronts, yet everything ties together without overwhelming the reader. That's a real achievement considering Morrison's encyclopedic knowledge is out in full force - if you had fun tracking down obscure references before, wait until you see all the multiversal heroes standing in one place. This is the event Morrison's been itching to do ever since Crisis on Infinite Earths made it almost impossible. Thankfully, he really did find a way to make it work.

There are some minor drawbacks. Most cliffhanger endings of previous issues are hand-waved away, so what happened to your favorite character might not be clear. But there's still enough resolution to make it satisfying - especially when it comes to those pesky Sivanas. Although given how much content is featured here, maybe it did give me the answer and I just missed it completely. Regardless, I'll be re-reading this book again in coming days, and looking forward to what Morrison does next. 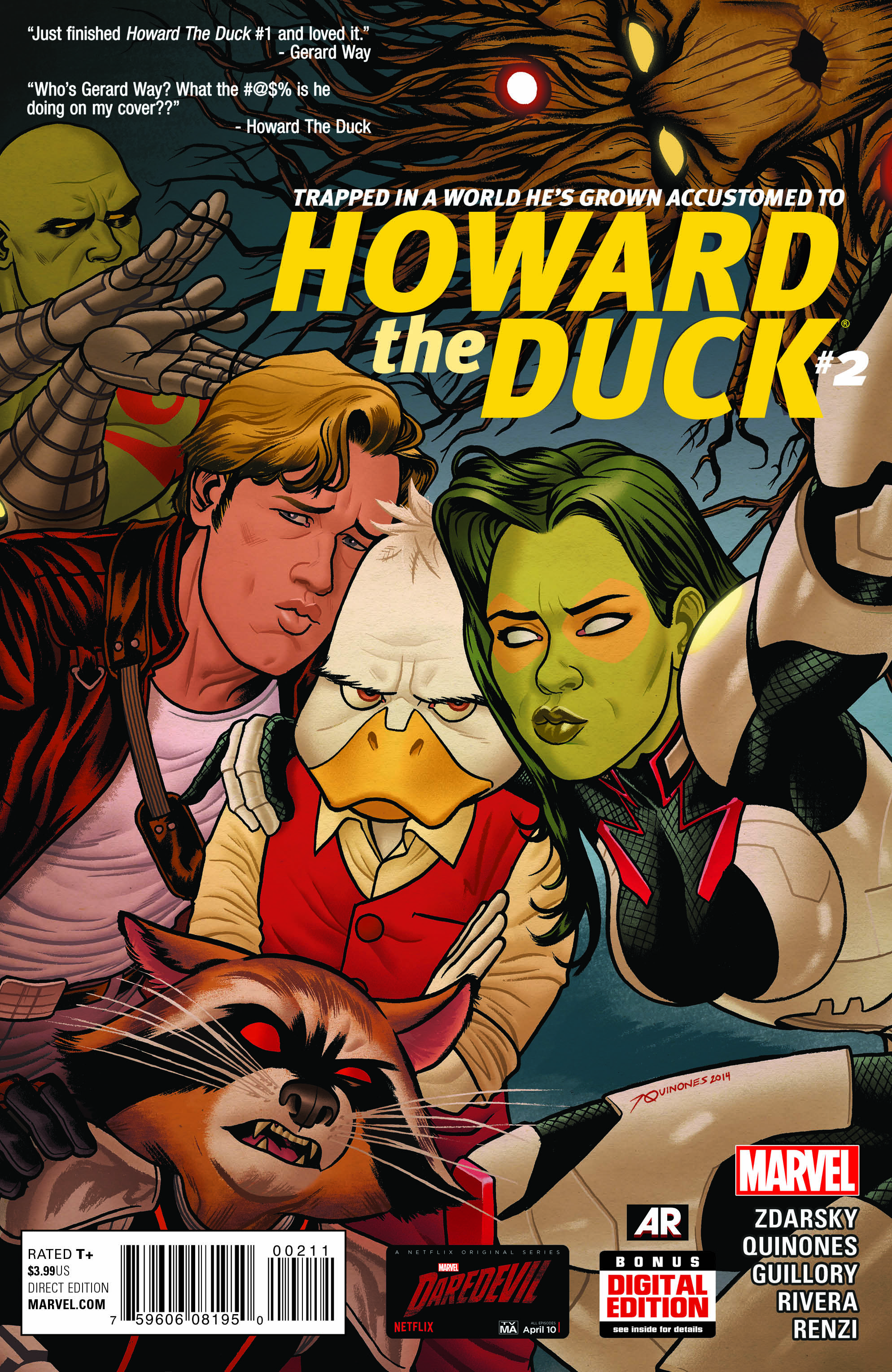 Howard the Duck #2
Right now a new generation of Marvel fans only knows about Howard the Duck thanks to a brief cameo in the Guardians of the Galaxy movie. So after last week's fantastic first issue, it only seems appropriate that Howard give fans what they want - by teaming up with the Guardians to escape the Collector's clutches.

When we last saw Howard, his investigation was rudely inturrupted by the Collector's forces, and locked in a cell with Rocket Raccoon. But it turns out Rocket wasn't only captured - he gave himself up as part of a heist to steal an object that could save a distant planet. Now Howard has no choice but to get caught up in the Guardian's explosive hijinks, all while hoping he'll survive long enough to return to Earth.

Howard the Duck is proving to be a hilarious read, showing the Marvel Universe's insanity through the eyes of its most mundane character. But this incarnation is doing a solid job of getting in the action beats as well, which you kind of need with a story about superheroes and explosions. Few superhero comics can laugh at themselves while still respecting their source material, but Howard is doing so fantastically. So as frustrated as Howard may be be with his lot, I'm still looking forward to seeing where he goes next.