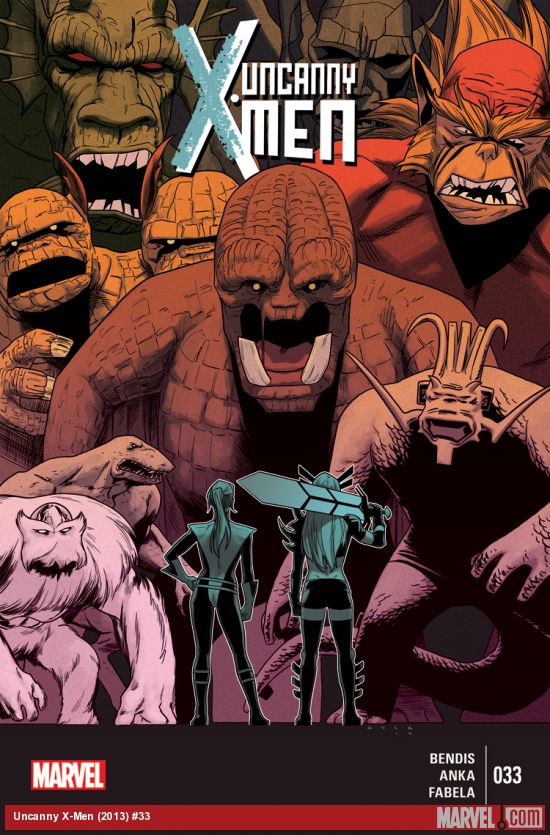 Uncanny X-Men #33
I rather enjoyed Uncanny X-Men's last big story arc, The Last Will and Testament of Charles Xavier. Why you ask? Last Will was about mutants; the challenges they face, the decisions they have to make and the consequences that their powers can carry. When it comes to the X-Men, Marvel and its writers often have a tendency to sideline mutant issues in favor of things like outer space adventures and time travel (so much time travel). Last Will had some elements of the latter but they were more muted and in service to the plot.

It was good stuff and Uncanny 33 manages to be similarly great by sticking to that same vein of focus. When the book begins Magik and Kitty Pride are arguing their way through their latest bout of bad blood (a recurring problem for many of the X-Men) They soon set aside their differences however, to embark on a perilous journey to Monster Island where a new mutant has been abandoned by her father after the manifestation of her powers.

I won't go into too much more detail, but the book overall just dies a really good job of tapping into the base sympathy that you have to feel for these people who, through no fault of their own, have been endowed with abilities that doom them to be the outcasts of human society. In a month where the dialogue surrounding the X-verse has been dominated by controversy, it's just a nice to have a simple book that's well-written and possessing more than a few touching moments.

Favorite Moment: "You have powers." "Like Mighty Thor?"
-Stew 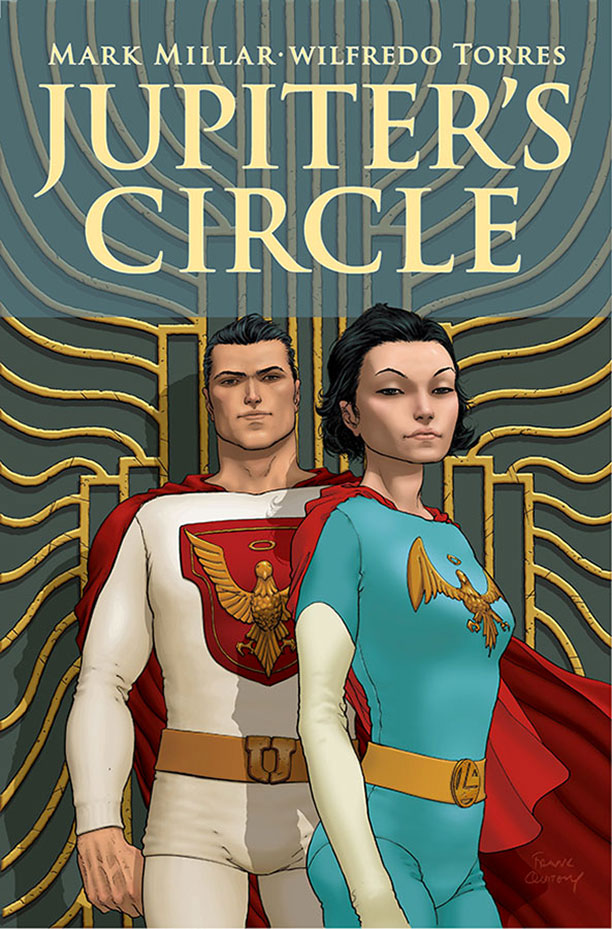 Jupiter's Circle #1
There are a lot of people in the world longing for "the good old days" - when society had values, people were idealistic, and things didn't seem so dark. That was the thrust of Jupiter's Legacy, where a spoiled and entitled generation of superheroes overthrow the old in a violent coup. But the prequel, Jupiter's Circle, turns that concept on its head - what if our parents generation was just as confused as ours was? Would they have made the same mistakes in their youth, or other rash decisions with horrific consequences?

The year is 1959, and six idealistic superheroes have changed the course of history. Yet despite their principles they keep secrets from each other, especially Blue-Bolt, a closeted homosexual lying to everyone about his hook ups. But when Herbert Hoover uncovers compromising photos, it puts Bolt's future at risk - unless he's willing to share information about his teammates.

The original Jupiter's Legacy compared 1950s ideals with the failings of modern life. Jupiter's Circle brilliantly turns that spotlight back on the baby boomers themselves, suggesting that history is never cut and dry. The artwork is fantastic to boot, reflecting the styles and colors of the era while shocking readers with a more sexual outlook. What's more, it's a perfect jumping-on point for the Jupiter series - nothing about Legacy is referenced or foreshadowed here, so you can enjoy it as a standalone story. Sure, I would have liked a sequel instead, but there's enough fascinating opportunities here to make Circle a very worthy follow-up. 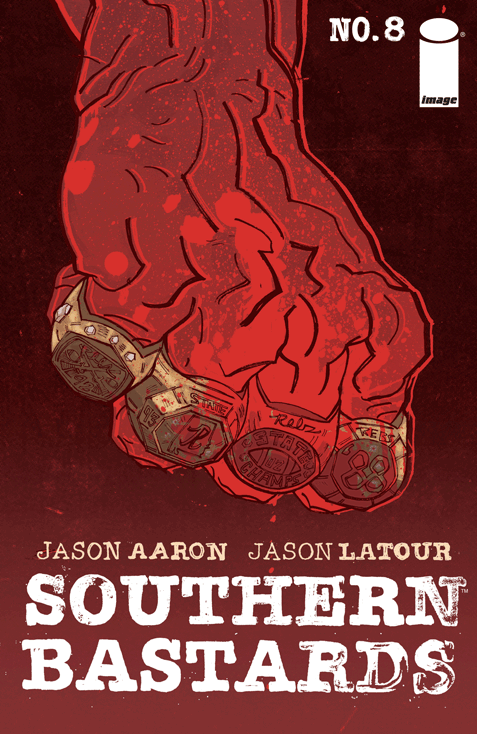 Southern Bastards #8
When the first Southern Bastards storyline ended, you probably hated Coach Boss. Then the second story arc began, and you realized you actually liked him - or at the very least sympathized with him more than before. The tale of a young Euless Boss using sports as an escape from reality, only to let it turn him into a monster, is just as captivating as the first four issues. And it's here that we finally get the emotional payoff, where Euless stops being a football player and starts being a Boss - in the worst way possible.

When we last saw Euless, we learned his old football coach destroyed his career - calling up everyone who might hire him and telling them not to. But instead of being one more insult, this is the final crack that bursts the dam. Euless has a plan that might fix his prospects and make Boss a name to be reckoned with. But that means doing something Euless hoped never to do - reuniting with his estranged father.

Where the story goes from there deserves to be experienced for itself, but it's well worth reading. It's also the point where Boss reveals that excelling at sports wasn't what motivated him - it was all about crushing opponents and getting back at those who hurt him. Boss is that bullied kid who takes all the lessons to heart and eventually becomes a bully himself, the kind that's much worse that what came before.

All told, it's a fantastic flashback story. But the only thing more exciting will be revisiting the Tubbs family - which Southern Bastards will do when the series returns this summer. Stay tuned...

Favorite Moment: "There'll be a free ticket for ya at the gate for every game we play, home and away. You ever miss one... I'll fuckin' kill ya."
-Marshall