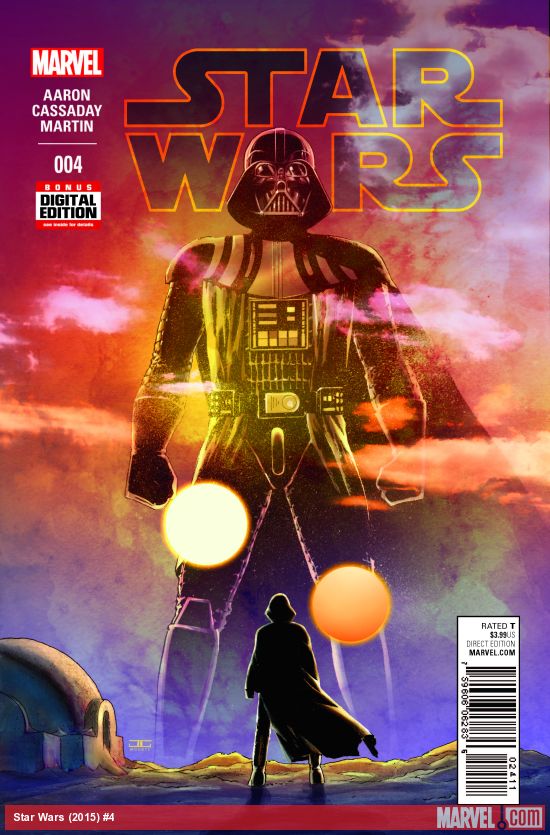 Star Wars #4
Star Wars continues to be strong as it enters into its second story arc. Following the Rebel's successful destruction of an Imperial weapons factory Lukee, Han and Leia are resting up in preparation for more action. Not all is well with the Force, however. Luke, discouraged by his easy defeat at the hands of Darth Vader, finds himself floundering and decides to leave the Rebellion temporarily for a bit of soul-searching. Vader meanwhile continues his work to help shore up the Empire's losses, finishing negotiations with Jabba the Hutt.

I recommend Star Wars 4 mainly because it marks the beginning of a new storyline and represents an easy jumping on point for comic readers who didn't hop on the bandwagon when they should have back when the new series first started. The comic itself is, of course, really good. Jason Aaron's writing and John Cassaday's art both remain solid and attractive while the story unfolding is adding more moving parts that includes some notable fan favorites. If you're a franchise fan and haven't read it yet, now the time to start.

Favorite Moment: "Who knew anyone of note was ever born on Tatooine, eh?"
-Stew 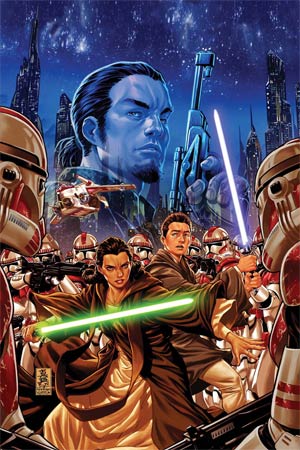 Star Wars: Kanaan #1
In case you haven't heard, Star Wars: Rebels is kind of fantastic. Managing to couple the space opera of the original film trilogy with the ship crew dynamic of Firefly, it's one of the best additions to the Star Wars universe in a good long time. In the least, I've personally enjoyed it a lot more than Star Wars: The Clone Wars, a series that was acclaimed by many but never really managed to caught my interest despite multiple attempts on my part to watch it.

Kanaan, in turn, takes place in the Clone Wars era, but has its roots firmly set in the narrative of world of Rebels. Focused on the back story of the Rebels-protagonist, Kanaan follows the title character as a young Padawan joining his master in battle as she leads an army of clone soldiers against an army of Separatist droids. The battle itself is fairly short-lived with most of the book's pages focusing in on the aftermath as the young Kanaan (called Caleb here) converses and trains with his master Depa Billaba and the clones.

What I especially liked about this book was how it attempted to paint a more diverse picture of the Jedi. While Billaba is clearly loyal to the Jedi order, she's portrayed as being willing to question the decisions of her superiors. Kanaan likewise is painted as being a bit brash, but also inquisitive and curious. My favorite part of the comic though, had to be the interactions with the clones. If I can give Clone Wars any credit, it's for how well it managed to create unique and interesting characters from a literal army of identical people. The clones in The Last Padawaan don't have the time to distinguish themselves quite as deeply, but are still shown to be actual people with appreciation for the Jedi and their leadership. That appreciation works to make the closing cliffhanger all the more suspenseful. 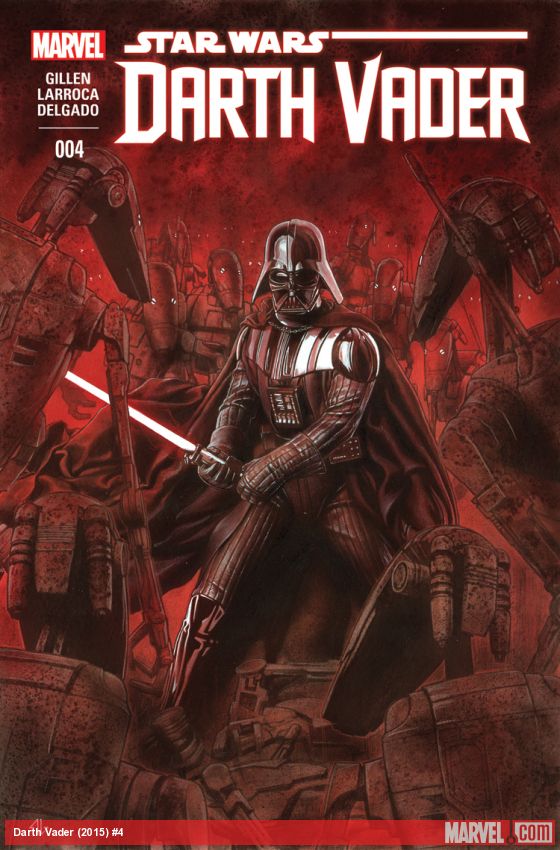 Darth Vader #4
I was already enjoyed Marvel's Darth Vader for basically being an action flick starring one of fiction's deadliest villains. But I am adoring it now that Vader has a personal supporting cast to call on. When Vader realized his position with the Emperor is tenuous, he began creating forces that would follow his command without question. He's off to a great start with homicidal Threepio and R2-D2 units, and a morally ambiguous archeologist who's quickly realizing she's a Vader fangirl. But he'll also need an army, which means obtaining a droid construction unit from Genosis - a planet with obvious personal significance to the Dark Lord.

The character developments are kept to a minimum here. This issue is almost entirely about Vader absolutely crushing enemy forces before him. And in this case, the enemy is unique - droids constructed to resemble the Genosian army the Republic wiped out long ago. It's clear right from the start these soldiers don't stand a chance against Vader - hell, they don't stand a chance against evil Artoo - but this book excels at making one-sided battles fun.

That said, the issue also teases that a real conflict is on the way - with none other than Darth Vader's replacement. If you needed more proof that Marvel's Expanded Universe is shaping up nicely, Darth Vader is proving to be a fantastic example.

Favorite Moment: "If I get a choice, I'd like the lightsaber right through the neck."
-Marshall