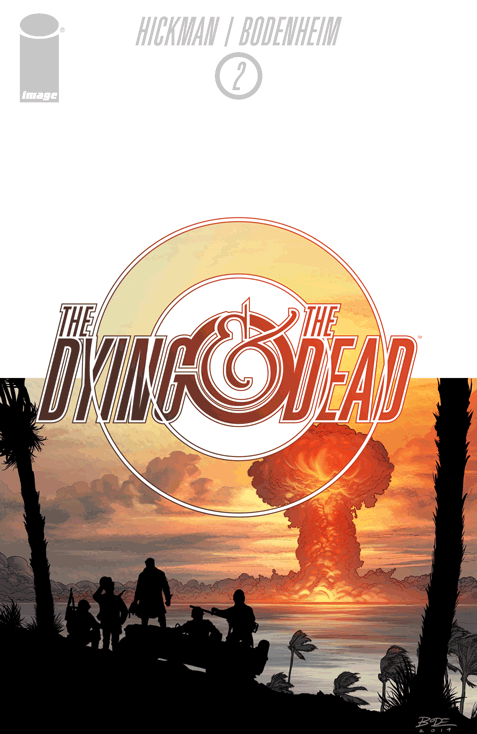 The Dying and the Dead #2
And here I thought The Dying and the Dead would jump into the action after all the world-building last issue. Instead, we have another issue of setup as the Colonel travels the country recruiting his team. But it's a testament to both Jonathan Hickman's writing and Ryan Bodenheim's art that it's still riveting, even when we have no idea what this universe is about.

Last issue, an underground immortal society hired a WWII Colonel to find something that had been stolen from them - the same man who bombed their city years before. The Colonel accepted the task in exchange for saving his dying wife, but he still can't do it alone. He needs his entire unit beside him - the only trouble is some are in worse shape than he is. One is now a Senator who's hands are tied with political considerations. Another is an oil baron unhappy with his current life.There's a prisoner trapped for decades thanks to ancient crimes. And my personal favorite - a man in an old folks home dying of cancer who quickly proves he shouldn't be trifled with.

Think back to every movie about "getting the gang back together" - that's basically what Issue 2 is. Yet this book goes the extra step and drives home how old these men are, and how much they've changed. Which is really impressive because there are no flashback sequences - it's all carried in the text, their bearings, and how they carry themselves around each other. Sure, there's not a lot of action, but it's incredibly solid character building that has me eagerly anticipating Issue 3. Here's hoping it arrives soon.

Favorite Moment: "You know what I find enjoyable?" 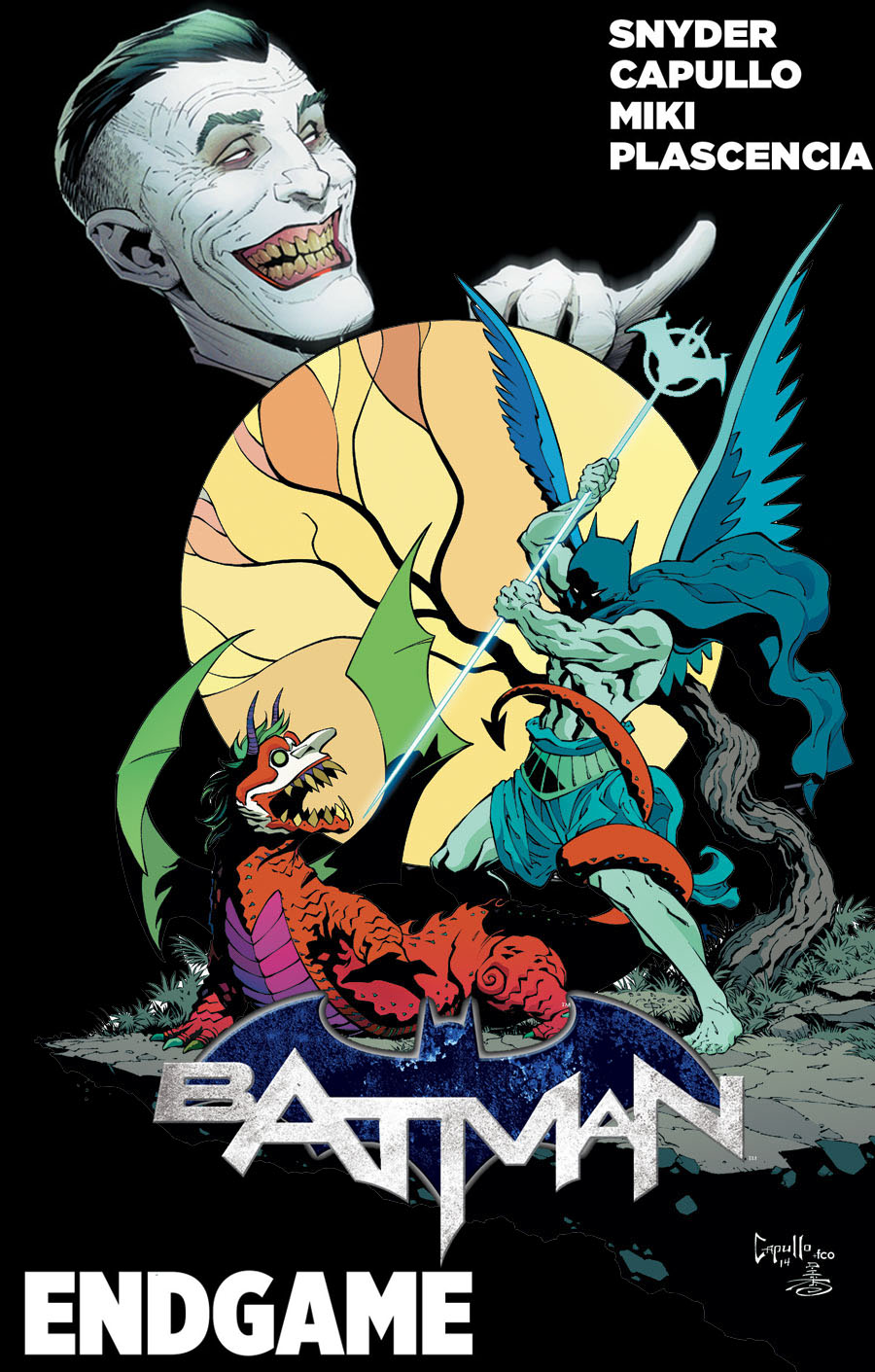 Batman #40
For weeks now DC and Scott Snyder have been teasing that big changes are on their way to Batman and the city of Gotham, including a potential and dramatic change to the roster of the Bat-family. We were promised that it would all stem from the some big dramatic change coming in the issue 40, the final chapter of Snyder's Endgame storyline. Well, issue 40 came out this week and I can very much confirm that the arc's conclusion and the consequences of Batman's latest duel are just as dire as we'd been promised.

The only criticism I can really offer (without spoiling things) is that I can't see the changes brought on by issue 40 lasting. Anyone who's read comics for any length of time has probably seen this sort of move before, especially from Batman. And while I don't like to be cynical, it's hard not to escape the feeling that the new status quo will be temporary at best.

Favorite Moment: "I'm just going to rest here a little while with my friend."
-Stew

Archie VS Predator #1
If you were to ask me what one of the craziest comics I've ever read was, I'd say Archie Meets The Punisher. Not because it was especially ridiculous, but because the book pulled off an amazing feat - perfectly capturing each character without compromising their values. Now Archie Comics is trying again by giving him an even deadlier enemy - a vicious alien Predator. 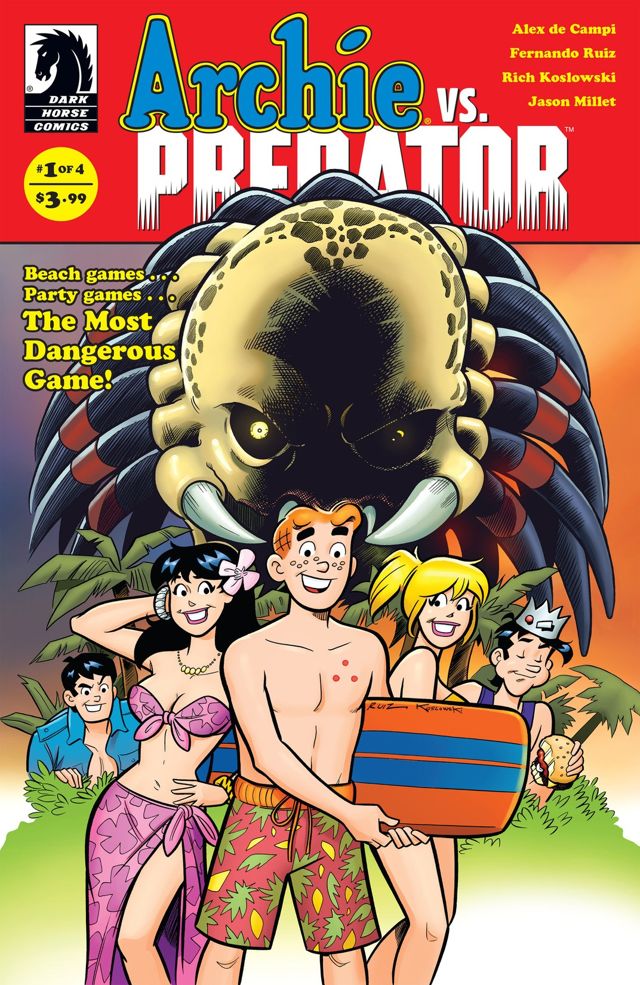 After Jughead wins a paid trip to Costa Rica, the entire Archie gang tags along for a well-deserved Spring Break. But even far from Riverdale, the group gets into their usual antics. Archie agrees to help Dilton judge a series popularity contests. Betty and Veronica continue competing for Archie's attention. And some vacationing students are brutally murdered when they disturb a shrine the Predator was visiting. But when Betty finds a ceremonial blade she ultimately draws the Predator's attention - all the way back to good old Riverdale.

The only reason this book exists is thanks to darker takes on these characters, like Afterlife With Archie. But these versions are very much their usual innocent selves, making for a bizarrely creepy read when the murders begin. It doesn't quite reach Archie Meets The Punisher perfection - too many moments push too hard for Robot Chickenesque parody. But it's still like nothing else you've ever read, while being exactly what's advertised on the cover - something I never expected to see on a comic shelf in my life.

Favorite Moment: "Oh no! This is -- polyester!"
-Marshall