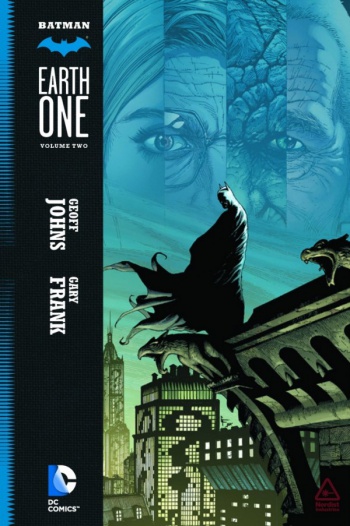 The original Batman: Earth One was a wonderful graphic novel, easily the best of DC's Earth One line and perhaps the top Batman origin since Year One. Now the anticipated sequel is finally here, and my love for this universe continues to grow. Between the reimagined Alfred, Bullock, and Killer Croc - not to mention the most optimistic Bruce Wayne we've seen in decades - this series is a breath of fresh air to the Batman mythos that should be on everyone's reading list.

Following the events of Volume 1, Mayor Cobblepot is quickly becoming a hazy memory as Gotham moves away from a history of corruption. But when five Gotham citizens take control of Cobblepot's criminal empire, Bruce Wayne is recruited by Mayor Jessica Dent and her brother Harvey to assist with the investigation. But before Batman can begin a manhunt of his own, a new threat arises - an intellectual terrorist who leaves bombs across the city with his unusual question mark calling card.

This book is packed to the brim with varied characters and story arcs - on top of what I mentioned, we see Bullock's righteous descent into alcoholism, a growing partnership between Batman and Gordon, and the introduction of Killer Croc, and much more. But Geoff Johns impressively balances and interweaves everything in a single story that manages to hit every key beat.

But my favorite part of Batman: Earth One is the Batman who refuses to be as dark as his enemies. This is a man facing perhaps the vilest, most violent visions of Batman villains outside of the Arkham games, yet Batman never answers their methods in kind. Go read that quote from my favorite moment below - it perfectly sums up everything about this character. And unlike the emotionally unstable Batman we're familiar with, this Bruce Wayne means it. He's the symbol that inspires Gotham, not the monster that terrorizes it, a refreshing approach which influences every element of the book.

Volume 2 doesn't have quite the same impact as the original book, and its ending feels uncomfortably similar to the latest Superman: Earth One. But if you're looking for a unique take on Batman that's a blast to read, Earth One is one of the best.

Favorite Moment: "It's not them I care about, Alfred. They could have a family. Kids. And the last thing I want anyone to do is grow up thinking the Batman killed their father." 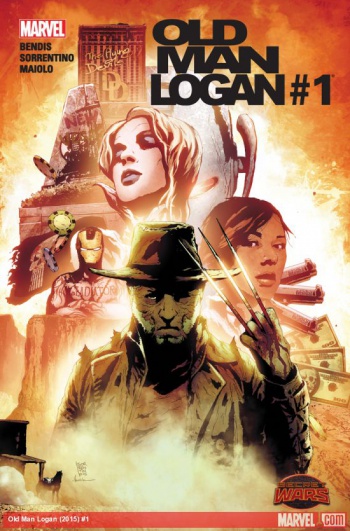 Perhaps you heard comic fans fussing about Old Man Logan a few years back and wondered what all the fuss was about. Well, imagine Unforgiven starring Wolverine, set in a post-apocalyptic Marvel future where every major supervillain had carved the United States into their personal playgrounds. It's perhaps the most popular alternate Earth story Marvel's published in years - and now Brian Michael Bendis and Andrea Sorrentino are making a sequel against the backdrop of Marvel's Secret Wars.

After the events of Old Man Logan and Secret Wars #1, Logan has spent his time wiping out remaining pockets of corruption in his corner of the Wasteland. After a less-than-satisfying "mission", he returns home to see a lone Ultron head drop from the sky. For all he knows this is part of an invasion the Thors already took care of - but the only way to be sure is to climb the border wall and see what Ultron's up to himself.

Presumably this adventure will take Logan across Battleworld in a search for answers, but for right now the post-apocalyptic Marvel wasteland remains compelling and unsettling at the same time. Whether we're looking at ruined superhero memorabilia shops, or gangs wearing Daredevil and Punisher colors, or casually spotting a Savage Land T-Rex in the background, this world is starkly beautiful and a pleasure to revisit. Of course, the Western anti-hero version of Logan is as wonderful as ever, as he fights for justice in a world that isn't capable of being saved.

Favorite Moment: "Hey. Hello? Anyone in there?"
*rattles head*
"Huh." 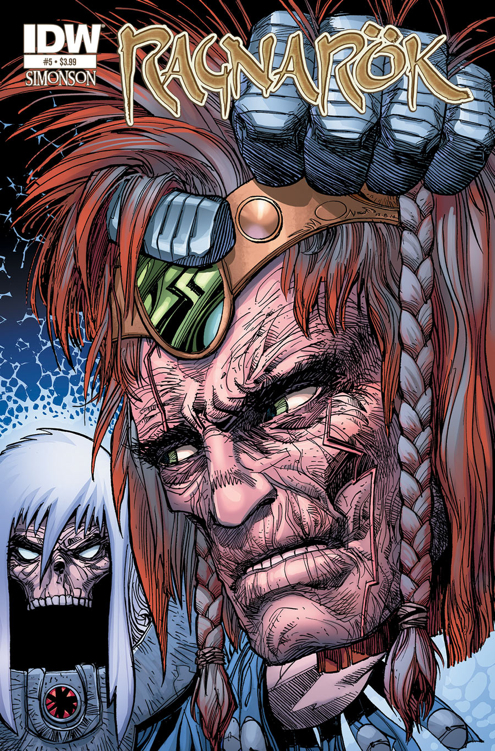 I'm going to be honest and say that, in terms of the series as a whole, Raganorok 5 isn't really all that extraordinary an issue. That said, as I read the latest chapter of Walter Simonson's series, I found myself struck by just how cool the whole thing is. Following the adventures of a post-Ragnarok (aka: the apocalypse of Norse mythology) Thor, the book is pretty much the antithesis of other popular takes on the thunder god and Asgard.

The world is bleak, destroyed and ruined. Thor himself, in turn, is a decaying, jawless corpse that's lost the bulk of his strength and is searching for answers and purpose more than someone to smite. He's basically the exact opposite of the golden-haired Adonis that Marvel (with Simonson's help) has established as the character's current pop culture standard. To make a long story short, the series is only five issues in and keeps getting better the further it gets along. If you haven't jumped on it yet, I'd definitely suggest giving it a try before the story runs on much longer.

Favorite Moment: "'We have slain Gods.' Let that be your epitaph."
-Stew