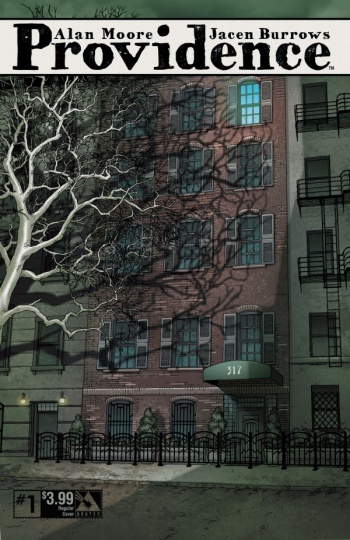 Alan Moore writing Lovecraft - there, I just gave you one big reason to check out Providence. Although truth be told this isn't Moore's first take on the Mythos, after creating The Courtyard and Neonomicon with Jacen Burrows earlier in his career. But where many Lovecraft scribes introduce some inhuman monster and call it a day, Providence goes a step further with horrors that reflect uncomfortable parts of human nature. More specifically, Providence is an exploration of racial and sexual intolerance in early 20th Century America - a time and place Lovecraft was intimately familiar with.

In the year 1919, reporter Robert Black is looking for a story to fill a remaining half-page for the New York Herald. At the suggestion of a co-worker, he starts investigating the history behind books like Robert Chambers' The King In Yellow - stories that drove readers to insanity and suicide. His journey takes him to a mysterious doctor with unusual ideals of life, love, and extending human lifespan. Their conversation will have an incredibly profound effect on Black, who realizes the information applies to his own life in ways he never previously understood.

To say more would spoil the appeal, but Providence is a book you'll have to re-read after finishing. Almost every single page alludes to a secret in Black's life that doesn't quite come together until reaching the final pages. Once that last puzzle piece is in place however, it completely changes the meaning of the every single conversation Black had - and feels far more powerful than any "Cthulhu did it" reveal these kind of stories offer.

That said, this is only the first issue, so I'm sure Lovecraftian terrors will arrive soon - but when they do, it will be after a slow burn that makes them far more satisfying to behold.

Favorite Moment: "I have my secret and you have yours, I think. Other people, also... Were it one day to rise and confront us all, what would you do, Mr. Black? What would any of us do?" 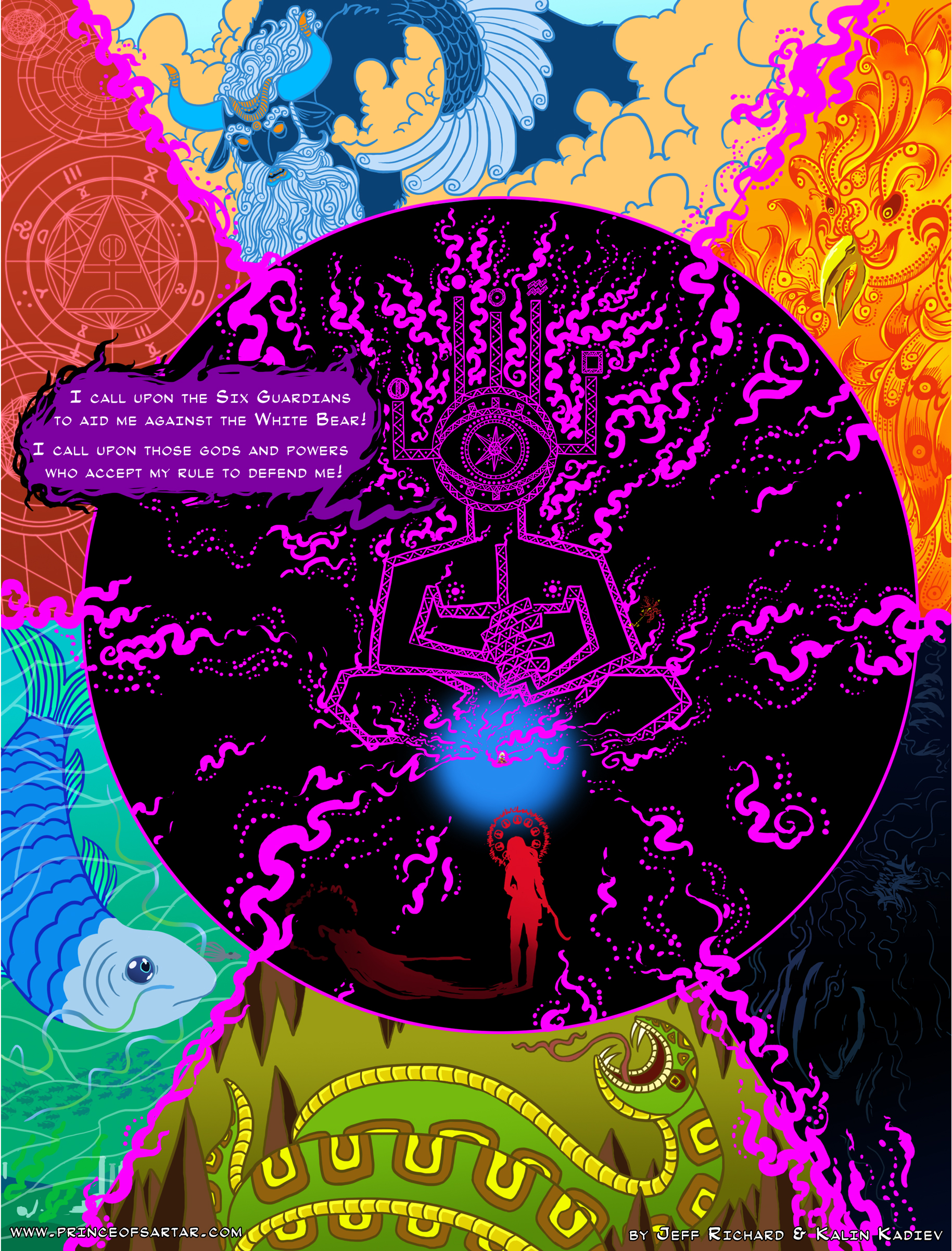 The nearly fifty year old fantasy world of Glorantha started as a mythological thought exercise of sorts and morphed into a universe for tabletop gaming. Since the publication a few years ago of a massive guide to its intricacies, there's been a bit of a renaissance around the universe of gods and heroes. Prince of Sartar is a wonderful webcomic set in Glorantha, and artist Kalin Kadiev has really started to knock the trippy, spirit-focused ritual magic of the world out of the park, seeding panels with odd references and strange moments to the greater Glorantha universe.

This month we saw the confrontation between weakening, aging God-King Belintar and Harrek the Berserk, an embodiment of destruction. However, with Belintar's vision locked so firmly on one enemy, he doesn't see Jar-Eel the razoress coming until it's too late. The panels leading up to their confrontation are seeded with hidden bits and pieces pointing readers at what's coming, but don't do it too heavy-handedly until it's more than obvious what's coming.

It's Girls meets Conan & Red Sonja in the best way: Rat Queens is undoubtedly the monarch of modern fantasy comics, and the second volume cements that place in my head. Combining goofy swords & sorcery conceits alongside clever Dungeons & Dragons jokes with a dramatic sex-and-violence storyling ripped from an HBO drama, there isn't much to dislike about the series. Sure, the jokes are childish sometimes, but we need childish - and there's something special about the way this childish is presented alongside the ultra-violent art. The second volume's storyling focuses on Dee's many-tentacled god N'Rygoth, a horror from beyond space and time we weren't sure was real during the first volume. Spoilers: It's real.