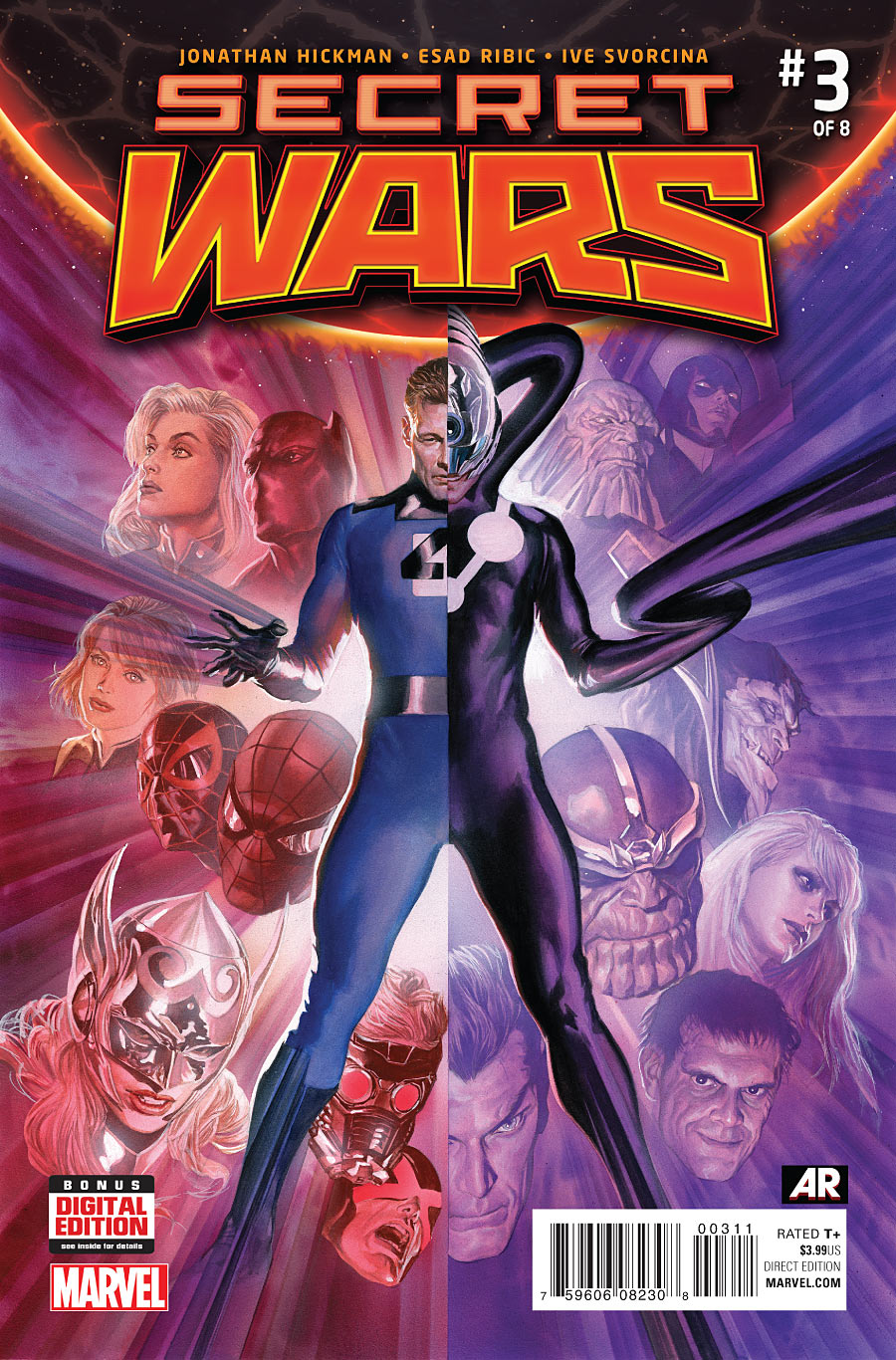 Last month I recommended Secret Wars number one because it's the biggest Marvel event in some time and the sort of thing you really want to read from the start, if you can, rather than jumping into it later. I'd be lying though if I said that it was a book I especially enjoyed over some of the other things I read in May.

That said, I can happily report that with issue three, Secret Wars is finally beginning to pick up some genuine steam after spending the first two issues destroying the old Marvel universes and establishing the Battleworld. Now, in issue three, the conflict of the series has been put into play with Dr. Doom's post-apocalypse paradise having been invaded by surviving heroes and villains from the old continuums. Long story short, I started off interested in Secret Wars. Now, however, I'm started to get excited as to where it intends to take us.


Favorite Moment: "God. Who is this god you're talking about?"
-Stew 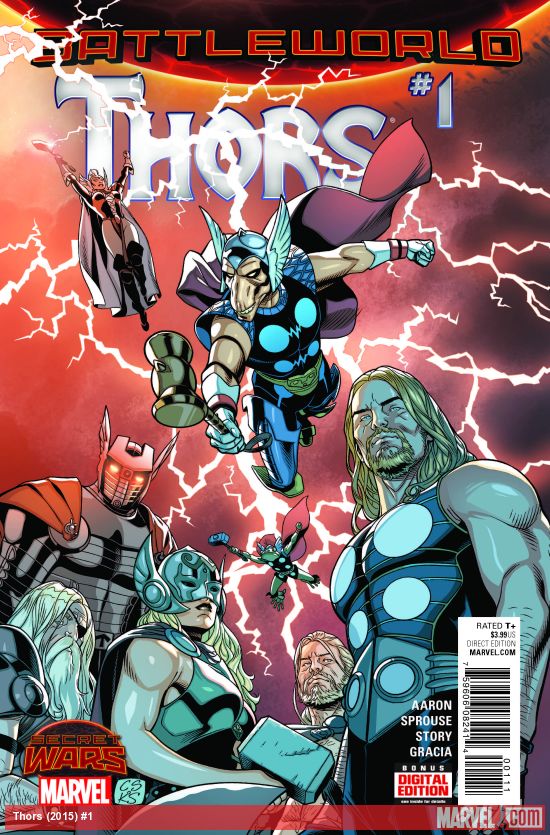 Thors sounded like a joke from the very start - a cop story where every member of the police force is a parallel version of Thor. Hell, I've been following Secret Wars and reported on the freaking press release, and I was still waiting for the other shoe to drop. But Thors is exactly the book that's advertised - a police procedural that just happens to involve dimensional mergers and excessive uses of Mjlornirs.

When Secret Wars merged every surviving Marvel timeline into a planet ruled by Doctor Doom, it was the Thors who were tasked with policing its walls. Yet even among the Thors, Ultimate Thor is a poster child - the hero who solved every case and once arrested multiple Hulks in a single battle. So when someone starts murdering the same female victim across parallel domains, Ultimate Thor is given the case - with the caveat that it be solved before Doom himself is motivated to get involved.

I don't know which Asgardian Jason Aaron prayed to so Thors was greenlit, or how he pulled off the task of spinning a parody from canonical Battleworld lore. But he did, and it's absolutely amazing. It even has a Thor commander telling subordinates to "get the Hel" out of his office, and a Thor bar that everyone hangs out at after a long day. And that's not even getting into Marvel-specific jokes, like the Groot Thor who I demand to see more of.

Thors is insane, and funny, and action-packed, and just a little creepy with the threat of Doom around the edges. If you can only read one Secret Wars spin-off book, I'd recommend this one. There is literally no other like it.

Favorite Moment: "Is it my fault they add more Hulks every time they tell the story?"
-Marshall