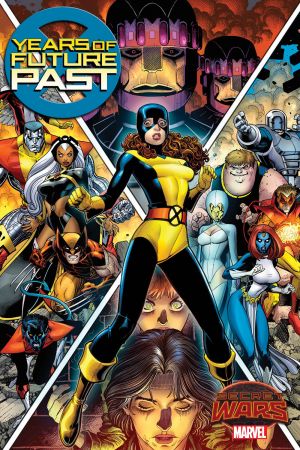 Years of Future Past #1

I love the X-Men and, while I enjoy them in all manner of situations, I tend to think they're at their most natural best when Marvel has them squaring off against the issues of bigotry, fear and hatred that at the arguable core of their concept. Years of Future Past struck a chord with me, in turn, because of the fact that that's basically all it's about.

Another mini-series produced as a part of Marvel's ongoing Secret Wars event, Years focuses primarily on Christina Pride, the daughter of Kitty Pride and Piotr Rasputin, as she struggles with her fellow mutants to survive a rebellion in an alternate future where humanity's fear of mutants has led them to all but extinguish the species Now, with time running out for homo superior, the X-Men and their allies must rise to fight for freedom one last time.

It's good stuff and I'd definitely recommend it. 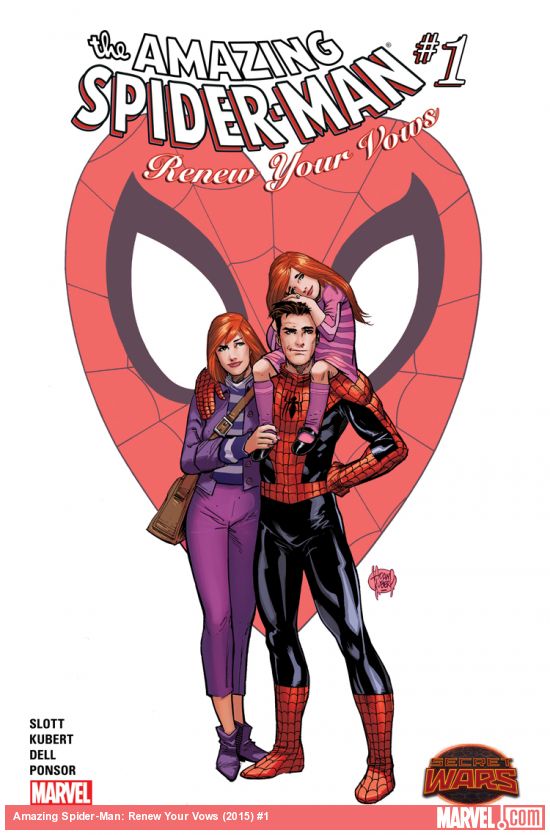 Like I've said before in this space, I'm a sucker for superhero romances and family stories. So there's no way I wasn't going to check out The Amazing Spider-Man: Renew Your Vows, the Secret Wars tie-in that restored Peter Parker and Mary Jane Watson's marriage - at least in another universe. But whether you're reading this Peter's marriage, the young May Parker, or simply to show displeasure for One More Day you're still in for a treat, because Renew Your Vows has the makings of a great Spider-Man story.

Renew Your Vows opens in one of Marvel's Secret Wars universes, presumably before they were mashed together. This version of Spider-Man is facing another difficult decision - join the Avengers full-time, or slow down to better support his family as Peter. But the same night the Avengers start hunting a villain who kills superheroes, Spider-Man learns one of his enemies escaped from prison and targeted his home. This prompts a decision that won't just end Spider-Man, but every single superhero in New York City.

Renew Your Vows is proving to be a clever twist on the Spider-Man formula. Sure, his motto may be "with great power comes great responsibility", but what happens when you have to choose between responsibilities? Do you pick the greater good, or the needs of your immediate family? Right or wrong, the decision has huge consequences for his moral compass and the entire world, like injecting a tiny hint of The Last of Us into Spider-Man.

And that's only Issue 1 - next we'll see how this version of New York has changed after Secret Wars and more of Peter's relationship with May. After such a strong start, it's going to be a long wait.

Favorite Moment: "Dad, c'mon. You don't have to hold my hand." "Yeah? Show me that in writing."
-Marshall