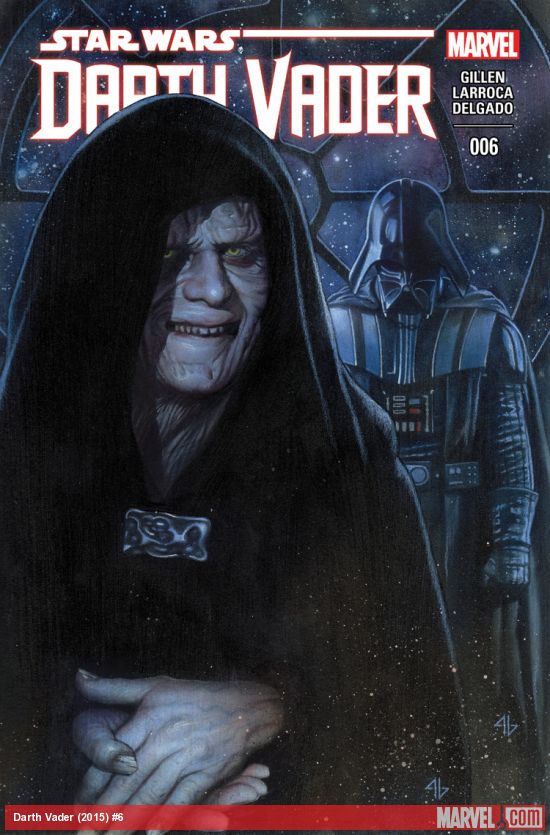 Spoilers Ahead!
Darth Vader 6 is, in many ways, exemplary of why Darth Vader is the best of Marvel's Star Wars comics. It's not because of its action, which is very good. It's because of the emotional punch it packs and the way it manages to flesh out Darth Vader's character in real and meaningful ways.

Case in point, at the end of issue six, Vader learns that Luke is actually his son. It's funny because, up until now, it's a moment I never thought much about. Somehow I think I always just assumed that Vader just knew and chose Bespin as the time to spring it on Luke. That being the case, Kieron Gillen's treatment of the realization probably stands as my favorite comic moment from this franchise since Marvel took over. The way the comic cuts back and forth between Vader's mask and his memories of his past life feels genuinely tragic.

His resultant rage, in turn, is quiet but intimidating, exactly the way it should be for his character. 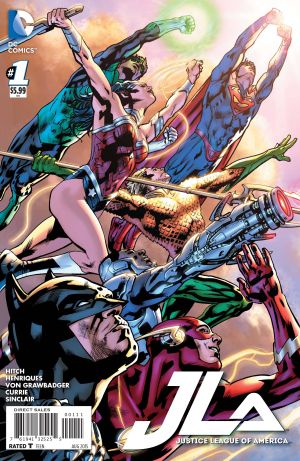 Justice League has always been one of DC Comics' biggest titles, highlighting the best and brightest its heroes have to offer. But while I've enjoyed Geoff Johns' New 52 run, it is getting a little convoluted for first-time readers - a problematic detail when a major film is underway. Perhaps that's what motivated DC to launch a second standalone series that follows the League's adventures without getting tied down in current cosmic shenanigans.

The book opens when Superman is summoned to Infinity Inc and learns that he's about to die. Some undisclosed near future event has killed Superman across multiple timelines before wiping out reality, and now Infinity hopes to break the cycle by asking him not to be superheroic for a while. But while they're telling the truth, Infinity has their own agenda - one that may or may not involve the giant Kryptonian spaceship that just arrived in orbit around Earth.

Despite being a New 52 book, Justice League reads a lot like Mark Waid and Bryan Hitch's JLA run, a huge boon for anyone missing the good old days. In fact, Bryan Hitch is both writer and artist for this run - a major rarity in mainstream comics - and he succeeds in crafting an gorgeously impressive opening chapter. There are still lots of mysteries moving forward, but we get some great character moments with the team and a massive fight with the Parasite to boot. If you're looking for a great DC comic to follow from the ground floor, Justice League is a fantastic choice.