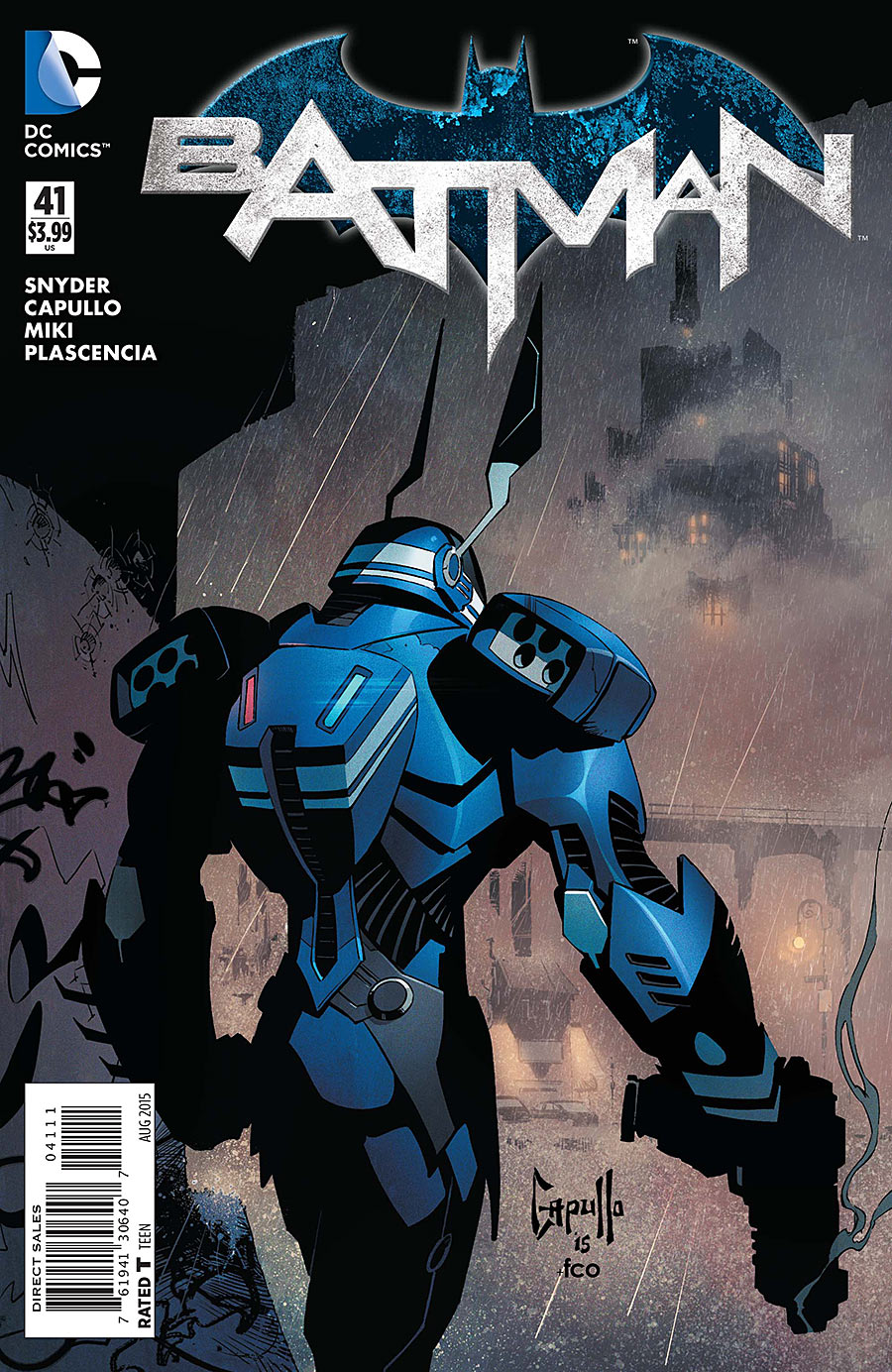 The biggest compliment I can offer Batman 41 is that it manages to overcome its somewhat dicey concept to deliver a solid and entertaining comic. Taking place some time after the Endgame story arc that closed in Batman 40, it follows the beginning of Jim Gordon's tenure as a new version of the Caped Crusader, complete with a mechanized combat suit and official sanctioning from the city of Gotham.

I'll confess that when I first read about this idea back in March, I was more than a bit skeptical. Setting aside the fact that we were once again getting a new Batman, the whole mecha-Bats thing went completely against what I enjoy most about Batman: the challenges posed by his human frailty. That being said, Scott Snyder is a really good writer and he manages to execute the transition to Gordon being the man beneath the cowl in a way that feels rather natural and realistic. It feels like it makes sense when, really, it shouldn't.

There is a small reveal at the book's end that had me rolling my eyes, but besides that the new era of Batman has gotten off to a good start.


Favorite Moment: "Waitwaitwait. You want me to be who?" 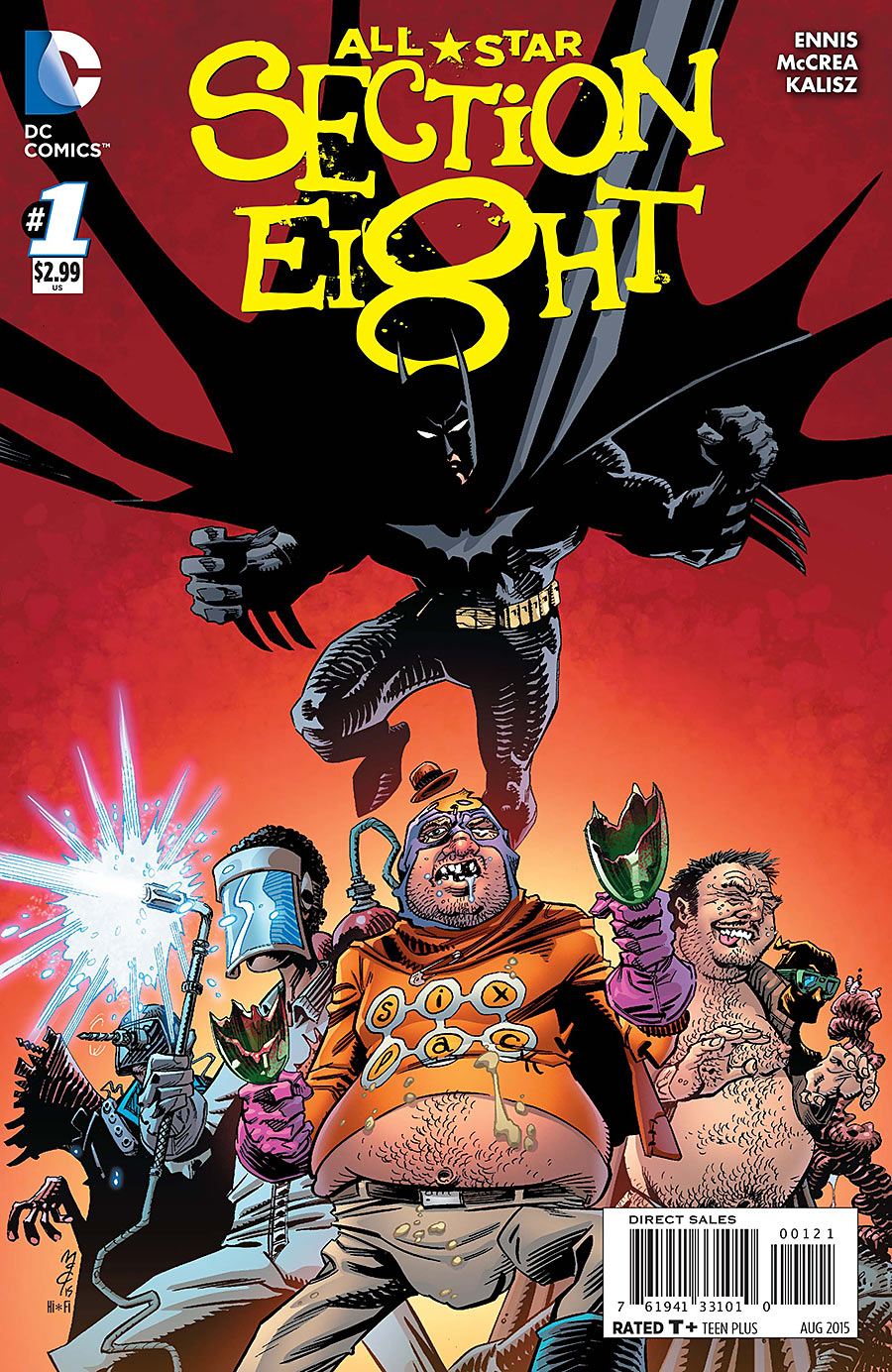 I never expected this day would come.

Back in the 90s, before Preacher and The Boys, Garth Ennis created one of his most memorable comics: DC's Hitman. The series was a joy for many reasons, but perhaps its most unique trait was that it absolutely took the piss out of mainstream superheroes - usually by contrasting them with "Section Eight". This deviant and dysfunctional superhero team, led by the raging-yet-sincere alcoholic Six Pack, hasn't been seen seen Hitman's final issues.

Guess who's back in DC's All Star line?

When an accidental encounter with rye and coke turns Sidney Speck into Six Pack once more, his first (cohesive) thought is to reunite his beloved team. But after finding seemingly resurrected versions of his old friend's at Noonan's Bar, he's still missing an eighth member - and who better to ask then Gotham City's Dark Knight?

Hitman fans will be waxing nostalgic with this book, which brings back favorites like Hacken, Baytor... hell, even Bueno. But first-time readers will still appreciate Ennis and artist John McCrae using their unique brand of humor to tear Batman to shreds just by reframing some iconic moments. All Star Section Eight probably won't ever fill Hitman's shoes, but I'm happy to see its brand of insanity survived DC's cosmic reboots all the same.