How To Train Your Dragon wasn't something I originally had on the schedule for Agents of Cosplay - never mind scheduled as one of the first episodes - but there was just so much Dragon Riders of Berk cosplay that I had to include it. These cosplayers defy so many of the negative stereotypes of cosplay: Cosplayers just want attention. We just cosplay to wear skimpy clothes. We're just failed models pretending to be better looking than we really are. We're fake geeks ruining fandom for the real geeks... these are all ignorant comments that have ended up published by some pretty major websites. No, I won't link to those websites. I don't want to encourage that negativity.

Cosplayers, of course, know none of these negative assumptions are true. Many of us use cosplay to escape reality to make it easier to deal with the hardest parts of it in a safe environment. Through cosplay, the parts of us that make us the most self conscious can become positive elements of a costume, so the various losses and gains How to Train Your Dragon protagonist Hiccup experiences in his young life resonate on a very real level with those who cosplay him. 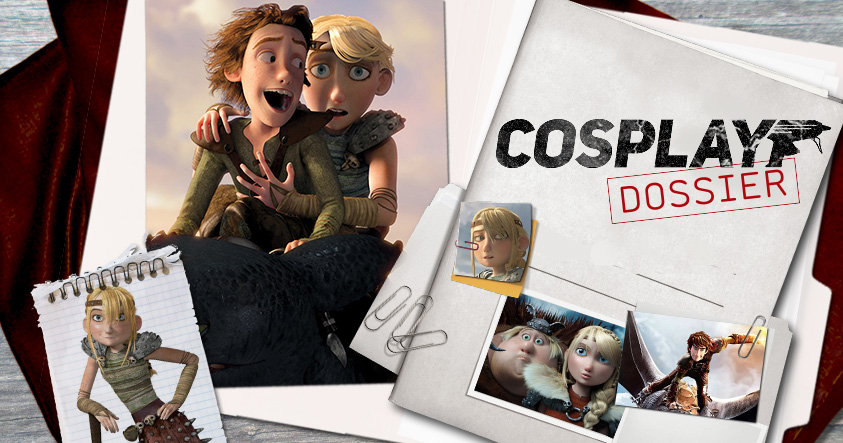 I'm not saying that this connection is conscious: many cosplayers don't actively think about why they choose a costume beyond "I think I could pull this off". It's interesting, though, that relatability is exactly the point of Hiccup as a hero: you don't have to be the strongest, fastest, or smartest person to be a hero. Hiccup's heroic virtue is compassion: he chose to befriend a creature everyone else was trying to kill, and he was made stronger for it. Boys like this tend to be bully bait in the real world, so it's good to see them lifted up in fiction.

The popularity of How to Train Your Dragon cosplay is inspiring because people are choosing to embody characters who are heroes without superpowers or other physical advantages. Their strengths come from their characters. Even famed warrior Stoic is named after the ability to endure pain without complaint. 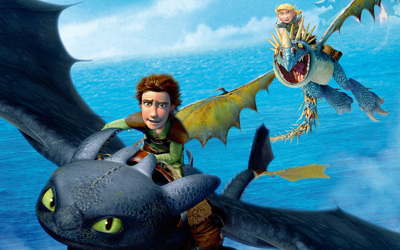 Even more fascinating to me, however, is what doesn't tend to factor into someone's choice to cosplay Hiccup: The fact that he's a disabled character by the end of the first movie.

Getting able-bodied people to see beyond a person's disability so that they can see the whole person can sometimes be a challenge. From a young age, we're encouraged to help those "less fortunate" than us, instead of just helping where we can. While this is well-meaning, it has the result of people pitying people with disabilities instead of really getting to know them. Worse, sometimes people are too afraid of offending someone to ask them questions about their condition, so instead they stare and whisper. I discovered what this felt like after I had knee surgery, when I had the audacity to go out to a restaurant with crutches. My friends who use wheelchairs had told me about the phenomenon, but being the focus of it even once had a profound impact on me. It's amazing how your perception of a group of people changes when you can directly relate to them, and that's a huge part of the fun of cosplay. People cosplay characters of different races, ages, genders, and even species, and this process draws from, and builds, empathy.

By incorporating Hiccup's artificial foot into a costume, a cosplayer is engaging with the issue of disability access in a meaningful way. This may seem like a stretch, but it's a big deal to get able bodied people thinking about people with disabilities as someone who is like them, instead of Othered. Cosplay takes a fan from liking a character to being a character, and while this doesn't mean a Hiccup cosplayer suddenly understands what it's like to be disabled, it does open up the possibility of that cosplayer thinking about disabilities in a different way. 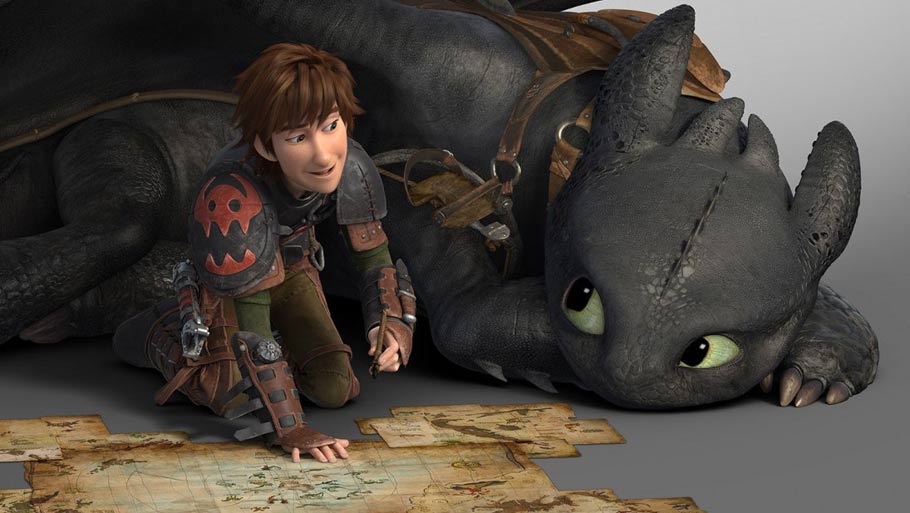 Hiccup losing his foot is treated as an evolution in his life, not something life-shattering. It's a visual symbol of the bond he shares with Toothless, and if you think that these symbols aren't conscious, you're missing the fact that cosplay and cartoons are both artforms. The idea that cosplayers are relating to a hero with a disability as a symbol of friendship, not a painful triumph over impossible odds, is a really cool thing: The people I know who have legally-recognized disabilities can't stand being treated like heroes or inspirations just for living their daily lives.

Now, not everyone includes the artificial foot in their cosplays, and that's fine. The reason the whole thing fascinates me is that these cosplays are the furthest thing from someone trying to show what a great person they are. It's dress up, not advocacy. Hiccup is important as a disabled character because his disability is just a part of him, not his defining characteristic.

The best way to humanize a group is to get people interacting with them in a way that isn't "humanitarian". It's just fun. Cosplay is a shining example of that in action. Just as people don't choose to cosplay villains to show they're bad people, people don't cosplay heroes as a claim at paragon status. It's about seeing life from a different set of eyes for a while, and we're back to that cornerstone of cosplay: empathy. Cosplay isn't just about looking a certain way - there are far cheaper, less time-consuming, less painful ways to do that. Cosplay is about embodying something you believe in, and it's great to see so many cosplayers believing in a skinny, sensitive, animal-loving teenaged guy with a missing foot. Sorry Thor, not everyone is impressed by muscles.