Cosplay Dossier is a companion column published each week alongside the video show Agents of Cosplay that examines issues and stories behind the costumes.

As you can see from the video this week, Harley Quinn is a lot of different things to a lot of different cosplayers. But the thing that tends to come up a lot with critics is the sexy depiction of a character whose mental illness makes her vulnerable to an abusive relationship. How could any woman, they ask, want to embody a victim of domestic abuse? Worse, why would she do it to make herself more appealing to men? 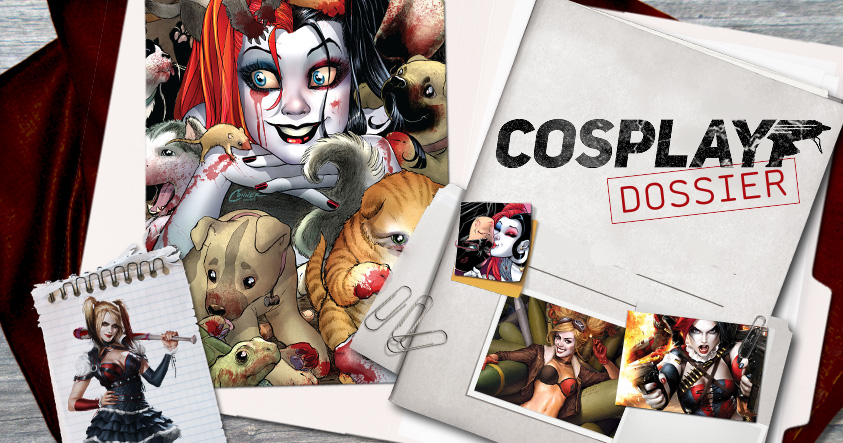 Every person who cosplays Harley has a slightly different answer to the first question, and Manda Cowled gave a great one in the video that I won't duplicate here. Regarding the second question, I won't claim that no woman ever dressed up as Harley Quinn just to please her boyfriend, but a lot of women are also choosing that costume for themselves. I think the cosplay connection to Harley Quinn comes from an affirmational place, not an aspirational one. It's not about wanting to be in a bad relationship with a guy like the Joker. It's about recognizing that many of us have been in a bad codependency, had the opportunity to get out, and went back. Harley is the patron saint of the bad choices many smart women make, and by embracing her, cosplayers can embrace their own lousy decisions from a positive place.

I want to attempt to address the appeal of embodying damaged, victimized, or even insane women through cosplay. It's easy to assume that it's a glorification of those realities, but it can instead be a celebration of getting out of that dark place, as much as a way to explore it safely. 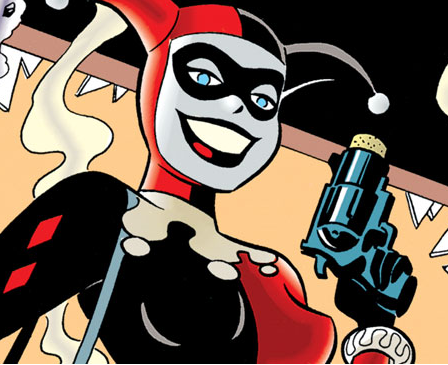 But first, a bit of disclosure: I tried cosplaying Harley once. I didn't like it at all. I didn't connect to the cutesy "Mista J" headspace, because all it did was remind me of all the times someone has told me to smile instead of giving me a reason to smile. Becoming Harley was an unpleasant regression for me. It didn't have the positive impact that it has for other cosplayers. I didn't even feel like I looked especially good. I find that happens with cosplay: if I can't sync with the character, I'm not happy with the physical result.

Personally, Harley terrifies me. She's everything I hate about the expectations that go with being female - that "stand by your man and be cute and perky" riff never did sit well with me. Yes, I'm aware that I just described much of her appeal to some guys. I'm not interested in appealing to those guys. I don't assume that Harley cosplayers are solely motivated by appealing to those guys either.

I'm aware that this is an overly simplistic description of Harley Quinn, based mostly on the original cartoon. The depictions of her in the comics are sometimes much darker, so if you're a Harley fan, don't take offence to my thoroughly personal opinions. I'm just being honest about my own relationship with the character. If yours is different, that's equally valid. Cosplay is about exploration, not judgements. Finding out that I hated being in Harley's skin taught me as much about myself as feeling right at home in Power Girl's.

And I can't claim that I'm above cosplaying damaged women -- My "serious issues with men" cosplay is Harley's on-again, off-again BFF/girlfriend, Poison Ivy. Harley and Ivy's relationship appeals to different cosplayers on different levels: if you saw them as being more than friends, their relationship validated lesbians before it was really trendy. Even if your mental versions of Harley and Ivy are "just friends", many women have a close friend who is in a terrible relationship, but you can't help her until she's ready to help herself, and that hits home with a lot of cosplayers. Harley and Ivy's dynamic speaks to some pretty deep, uncomfortable things about "girl power" through pinup cuddle poses.