I mentioned to a few people that I was doing a spotlight this week on Cosplay For A Cure - a group of cosplayers who charge for photos with the money going to breast cancer research. Much to my surprise, I got some negative reactions. When money is changing hands, negatives follow... even when charity is involved. Actually, especially when charity is involved.

I'm not going to repeat what was said, for obvious reasons. Instead, it's a golden opportunity to talk about some of my own disasters from when I was heavily involved in organizing charity cosplay initiatives. It's okay to laugh at some of the insanity that follows. 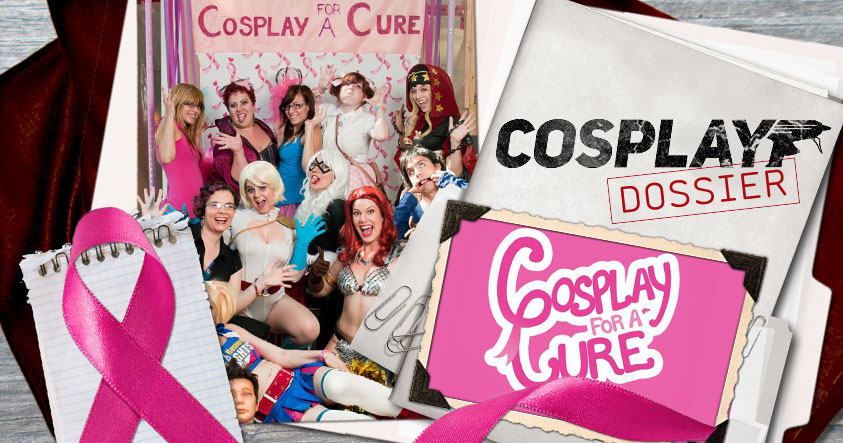 Risk 1: They'll hate you because you're beautiful.

The first obvious target for cheap shots is the fact that you're leveraging your assumed-to-be-attractive appearance for money. I ended up coordinating one charity event instead of just being a participant because as a participant I was "too popular". It was making the other cosplayers feel bad. That was a hard decision to make, because my goal was just to raise as much money as possible. Sometimes it's just not worth the social cost, however.

More seriously, other so-called professionals have used photos I did for charity to try to minimize my work accomplishments. I had to learn the hard way that taking your clothes off for charity money is still taking your clothes off for money, even if it's just down to a bikini. Fortunately I have a job where this form of slut shaming is only irritating, not really damaging. If you have a job where it could really cause you trouble, choose your costumes with care: if people think they can hurt you with something, they'll sure as hell try, and nothing stays private on the internet. Just ask AshleyMadison.com!

The third potential pitfall because of the visual nature of cosplay for a cause is the reality that narcissists will flock to any event with cameras. This is an especially touchy subject in cosplay because all of us have been accused, at some point in time, of being "attention whores". We know how much that hurts and we don't want to do that to other people. But a bona fide narcissist is more than just extremely vain. They're a wrecking ball in your charity fundraising attempts because they lack empathy for other people.

Trying to get rid of a narcissist is also where the real "fun" begins. I still get emails from one guy every year at passover "forgiving me" for throwing him out of a charity group. He ran up hundreds of dollars in vanity expenses, then bullied a volunteer into giving him the money without my okay. You'd think this guy would be ashamed of himself, but I get an email from him every. single. year. He's that unaware he did anything wrong.

Risk 2: When introverts "Lean In", we can fall on our faces.

"Lean in" is a reference to Sheryl Sandberg's rallying cry for women to embrace their ambitions, but I find much of her advice difficult to follow because I don't lean toward extroversion. Many cosplayers of both genders - myself included - are very much introverts. This may seem odd at first, but dress up is a great way of communicating without having to talk to people. When money is changing hands, however, communication is required. Introvert panic time!

We all make mistakes as we learn how to overcome this challenge, and these mistakes leave us open to misunderstandings and nasty accusations even though we have the best of intentions. People may think you're a snob, that you're self-absorbed, or that you're not 'motivated' enough. There's no way to prevent this. Just lick your wounds and push through it. You can learn to adapt to the extrovert's world, but you can't do it by not being yourself.

Furthermore, just dealing with a lot of people in a day is draining for an introvert. When you're cosplaying for a cause, you can't just take off whenever you want to and go hide in a washroom stall... okay maybe that's not what you do when you're overloaded by being around people but that's what I do! So if you know you can't handle people for more than, say, four hours at a time, don't commit to more than that. (Says the woman who breaks this rule all the time, hence, ends up hiding in washrooms.)