One of the amazing things about cosplay is how cosplayers can serve as ambassadors for brands. Who doesn't love to see something fictional become real right before our eyes? Some cosplayers have even succeeded where marketing failed, and improved my perception of certain games and comic book characters.

This week's Agents of Cosplay video touched on the fact that I finally warmed to the game series Borderlands because the Borderlands cosplayers I've met have been so cool. I'd initially been put off of Borderlands by the marketing that focused on the images of the mask-clad psycho characters and shots of desert levels. At the time Borderlands originally came out, I couldn't think of much that could have interested me less than another "edgy" dystopian shooter. The people I asked about it could tell me little to recommend it other than "the co-op is good." It wasn't split screen co-op at the time, so I passed. 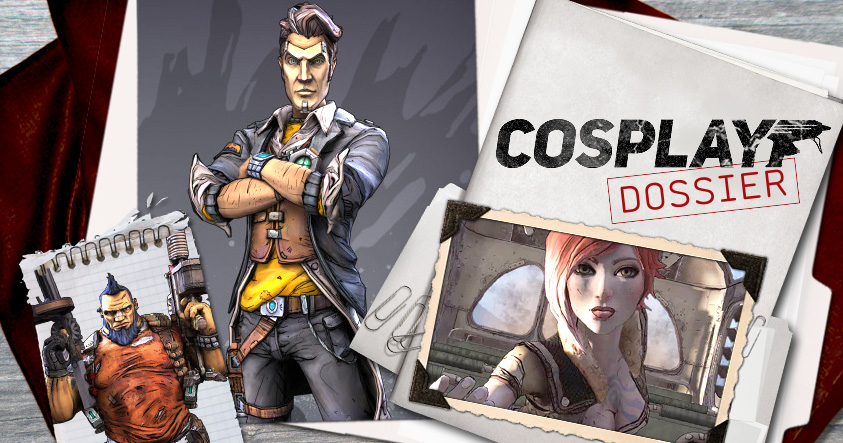 But then I started seeing the incredible Borderlands character designs and they made me realize there was more to Pandora than I'd been aware of. The first character that made me think twice was Mad Moxxi, the sadistic, lustful, Colosseum hostess. Moxxi didn't look the slightest bit like a character I'd expect to see in that kind of game, so I was intrigued. I soon discovered that Borderlands cosplayers are better at telling me what they liked about the game than the regular gamers I'd talked to. They frequently mentioned how funny and crazy the game was while being walking ads for the character designs.

"Funny" is, of course, a highly subjective concept, and the thing that made these cosplayers' opinions relevant was that they weren't... well, there's no other way to say it than that they weren't douchebags. By being nice people who were passionate about a game, Borderlands cosplayers got me to take a second look at the thing they love after I'd passed on it through three rounds of professionally-driven hype. That's an achievement!

Another powerful recent experience occurred when I was interviewing a guy dressed as Marvel Comics' Iron Fist and his daughter, who was dressed as the Kamala Khan version of Ms Marvel. When I asked them why they were dressed as the characters they'd chosen, the kid played shy and dad explained she liked dressing up as characters that looked like her.

This broke the ice apparently, because she answered the next question about who made the costume quite loudly and proudly. "My daddy made it!" she exclaimed, pointing theatrically at her dad. You could tell how happy she was to be getting positive attention for dressing up like a character she identified with. (You'll see this kid in the upcoming Marvel cosplay episode. She's adorable.)

Before this exchange, I was really down on the way Marvel has played switcheroo with their various characters, swapping out long-established alter-egos to pump up their diversity quotient. I find the whole concept cynical, calibrated to create controversy as much as diversity. I would much prefer that Marvel invested in totally original characters who aren't white from the word go - like Falcon, Storm, Black Panther, and Lady Deathstrike - so that when it comes time to make a movie, the part doesn't switch back to a white person the way it most often seems to.

But that kid was so damned happy and proud to be wearing that costume it was impossible for me not to see another side to things: There's value in any way you give kids superheroes that help their self-esteem. All the politicking and promotion didn't show me that. One happy kid did. She was the human element that this whole Marvel diversity drive has been lacking for me. 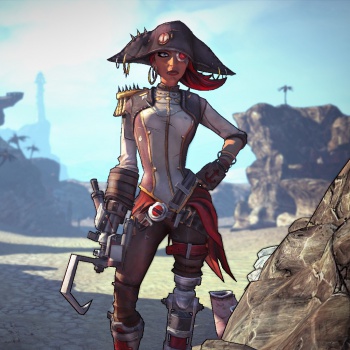 It amazes me that with all the millions spent on professional marketing, the most effective advertising is enthusiastic, positive, visible fans. So it seems like marketers could learn a thing or two, or at least be reminded of some fundamentals, from cosplayers. Consider the following:

If you're not accessible, you're not selling.
If you want people to spend money on your product, they have to actually know what they're buying. This sounds like common sense, but there are some PR people out there whose favorite word is "no". Actually, they don't even say no anymore. They just don't return your email or phone call. Meanwhile, cosplayers know that if you're unapproachable, people eventually stop approaching you. So we assume we're going to have our pictures taken, be asked questions, and, yeah, even deal with some assholes. While everyone understands that creators only have so many hours in a day, an article will likely be more positive if the writer actually gets access - just like the way a photo turns out better when a cosplayer actually has a chance to pose.

Be authentic.
You can tell if a cosplayer really loves the character they're dressed as, or if they're just doing it because they think they look "hot". You can also tell when a marketing team is phoning it in because they don't care. The best cosplayers don't have to be the most physically flawless cosplayers, because they really love what they're doing and that shines through, and this matches the reality that marketing doesn't have to be flawless if it's honest. We're so used to scams like "Batman dies!" actually meaning "Batman stops calling himself Batman for five issues" that authenticity is priceless, and geeks are quick to call you on it if it's lacking.

If it's not a bit painful, you're doing it wrong.
The phrase "no risk, no reward" is true in both cosplay and marketing. Okay, sure, you don't want to take such a huge risk that your boob flies out of your costume - we've covered that in previous weeks - but some risk, as well as some blisters, bumps and scrapes, comes with the territory. If a cosplayer does the same type of thing over and over again, their costumes become too predictable -- just like tepid, cheesy ad campaigns that get overplayed. Furthermore, a cosplay, like an ad campaign, doesn't necessarily have to be an expensive and complicated. Something weird can get just as much attention, like Wilfred Brimley's still-infamous "diabeetus" Liberty Medical ads.

So there's a brief look at marketing the cosplay way! I can see the corporate cosplay training retreats now. How cool would that be? At the very least, it would get some uptight marketing types to relax a little.