Yaya Han is a beautiful woman. Stunningly, inhumanly beautiful. This, of course, means that she attracts a lot of attention from men who don't give a damn about cosplay. This, in turn, draws the ire of some commenters who attack her as a person. It should be obvious that this goes well beyond the boundaries of fair criticism, but when it comes to women like Yaya, people often lose their freaking minds.

I've seen discussions hundreds of comments long tearing Yaya to shreds. I've seen wannabe feminists use her photos as examples of the ills of the world. While discussions of photo compositions and what the photographer focused on are totally fair game, subjective comments regarding her attractiveness, or how surgically augmented various body parts may or may not be, cross the line. 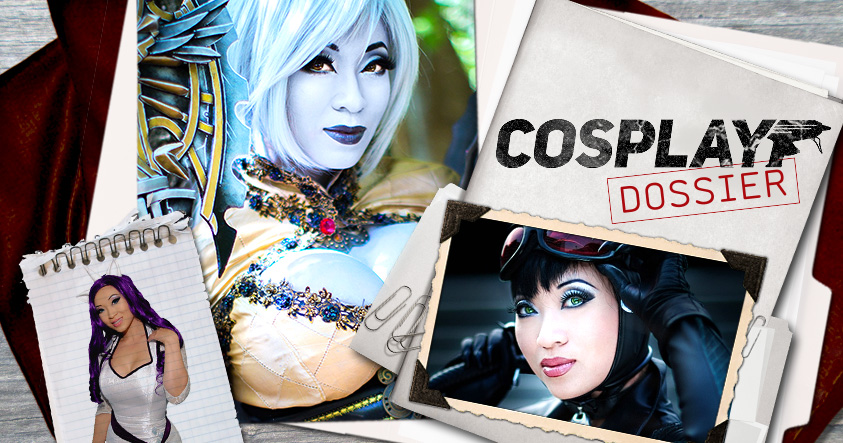 If we study an image "as is" and any personal intents are taken out of it - for lack of a better term, a "death of the author" approach - then implants, nose jobs, or other alleged surgical procedures should be taken out of it. The model, in essence, does not exist outside of that image. But the minute we make an image of Yaya Han relevant because it's Yaya Han, then her personhood matters and we can't behave like it doesn't, so it's still inappropriate to treat her like an object and reduce her to her body parts.

Unfortunately, we've made celebrities across the board into symbols, and thereby blurred those lines. Cosplay should be beyond the petty identity politics of division because it's a realm of assumed identities, but unfortunately we live in a society where nothing is immune to politicization. Anyone who is high profile, whether it be Caitlyn Jenner, Kanye West, or Yaya Han, gets stuck being a political football. When you're turned into a football of any sort, you're no longer a person. Too many people have stopped seeing Yaya Han as a person. 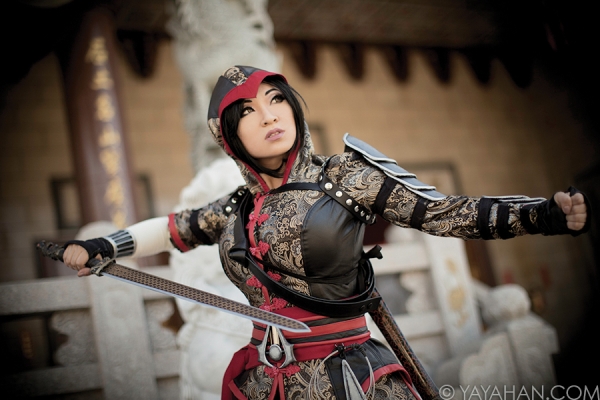 Now, some dehumanization is inherent to becoming a sex symbol like Yaya has. Sex symbols lose an element of their individualized humanity when they're anointed as an "ideal" man or woman. This may sound, at first, like a very flattering place to be, but it's a state that no real person can live up to. Sex symbols are carefully-crafted idealized fictional identities which are rigid, fragile, and unsustainable. A sex symbol isn't allowed to age, fart, or have an opinion. Opinions make a public person substantial, and the minute a sex symbol has any substance whatsoever, they fall prey to a modern version of Plato's theory of Forms: The loss of abstraction pulls the person away from their status as an ideal.

So the minute Yaya Han opens her mouth, she disappoints a lot of people because she's no longer that perfected symbol... whatever they thought that symbol was.

Thanks to Lord Byron creating a Form based on himself - The Byronic hero - bad boys are acceptable in geekdom, hence the popularity of Wolverine, Deadpool, and Star-Lord cosplays. But there aren't enough female antiheroes for women to benefit from the same flexibility of archetype, because women who fit most antihero characteristics usually aren't the protagonist of the story. Society still doesn't know what to do with women who are "mad, bad, and dangerous to know". So people stick them into the "villain" box, and drone on about how damaging their semi-unclothed bodies are to young minds. That's where Yaya finds herself stuck.

We accept this is the way of things because this is the way it's been for beautiful women as long as anyone alive can remember. But have you ever stopped to wonder why? Why are we still carrying on like being sexually desirable will lead a woman to ruin?