I love Ghostbusters. It's one the things on my list of "why the 1980s were awesome despite the 1980s kind of sucking", up there with 2nd Edition Advanced Dungeons & Dragons and Pac Man. And Ghostbusters was awesome precisely because it didn't shy away from why the 1980s kind of sucked. The original Ghostbusters film was informed by the mass unemployment of the economic recession of the early 1980s, when highly educated people were losing their jobs and having to take on whatever work they could find to pay the bills. The imagery of the Ghostbusters going from cushy jobs at Columbia University to sporting overalls made them blue collar scientists as opposed to ivory tower elitists, and this "blue collar STEM" attitude is alive and well in Ghostbusters cosplay in the way these cosplayers take themselves not-at-all seriously. 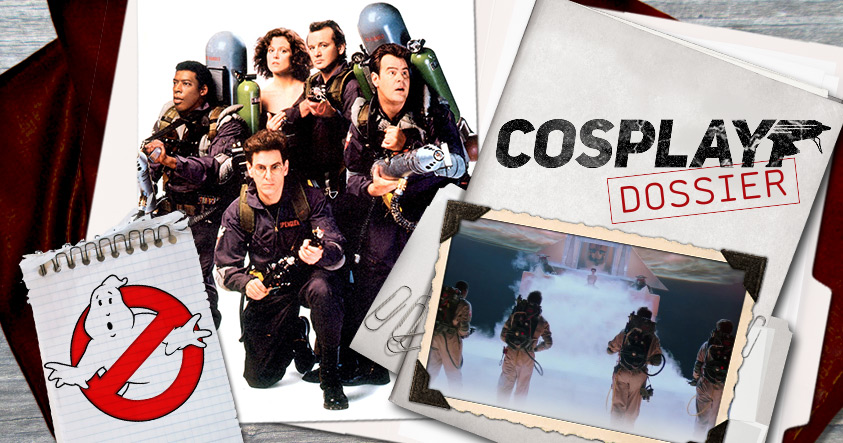 Ghostbusters wasn't afraid to show its stars as profoundly lacking in social skills - Egon Spengler is emotionally awkward. Ray Stantz is a gullible man-child. And Louis Tully, the tax accountant nerd-among-nerds, makes them both seem as slick as James Bond. This spoke to geeks on their own level, including female geeks - Annie Potts' Janine Melnitz represented us ladies who were intellectual equals to men in STEM but got streamed into secretary jobs because of socioeconomic pressures. And before you start screaming about choice of majors, easily-outraged anti-feminists, remember, this was thirty years ago. We likely wouldn't even get a character like Peter Venkman in a movie today, since his duplicitous approach to women at the beginning of the film was decidedly, pardon the pun, slimy.

The most socially competent character in the original film, Winston Zeddemore, embodied the idea that "nerd is the new black" decades before the TV show Blackish made that a catch phrase. The 1980s were a time when Ronald Reagan's "last hired, first fired" remarks regarding African Americans were part of public awareness. While many cosplayers don't believe race should be a factor in the characters you cosplay, it's nicer when a costume doesn't Other the cosplayer. As much as some geeks like to carp on about the political correctness of diversity, that argument gets annoying when an African American woman can't cosplay Sailor Moon without being "the black Sailor Moon". It's fair for people to want characters where their race isn't something people point out, and Ghostbusters had racial diversity from the get-go. 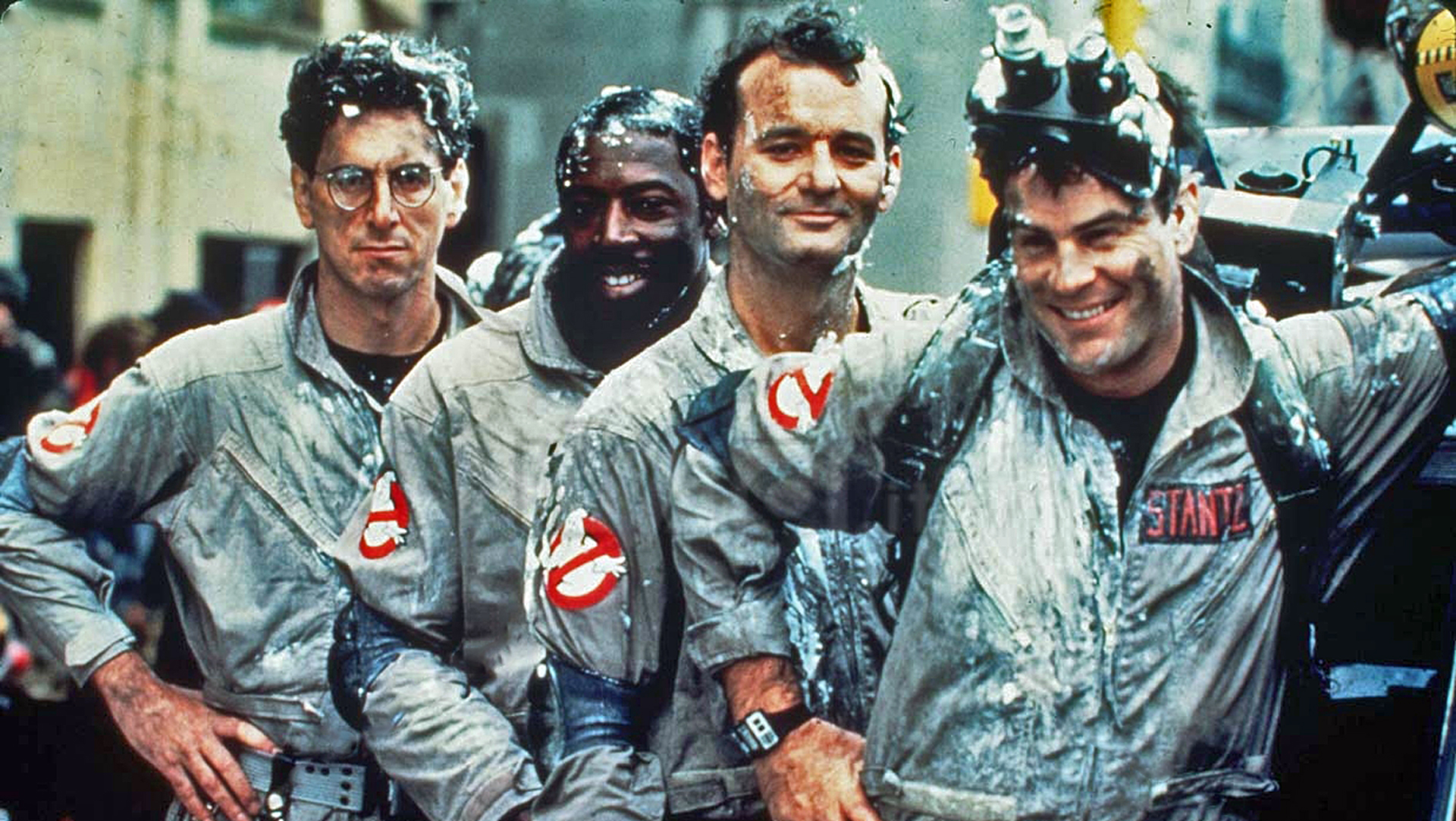 Fast forward to 2015 and we have a similar convergence of events - fictional geeks are cool while real life geeks are still shorthand for "gross". The economy is supposedly getting better after a brutal, greed-and-stupidity-based recession, and racial tensions in the US are running high. I think this combination is contributing to a renewed interest in the Ghostbusters, and it attracts a specific kind of cosplayer who wants to be a part of something fun and nerdy without sacrificing their own personalities... social dysfunctions and all.

Yes, the sexy female versions of the Ghostbusters outfit with short shorts and plunging necklines were controversial at one point. I recall some cattiness at San Diego Comicon surrounding this look when the last Ghostbusters video game was in development. But this alternative to the jumpsuit seems to have normalized and I've seen women wear both versions depending on their mood (and how hot it is in a convention center.) You can't even argue that the pinup ghostbuster girls are breaking canon, since I'm pretty sure Venkman would approve of that look for "marketing".

I originally didn't want to include "official" cosplay clubs in Agents of Cosplay because these clubs are becoming more volunteer marketing entities than places for hobbyists. But there's enough of a homebrewed feel to the Ghostbusters clubs that I felt they were worth covering. This distinguishes them from the more corporate fan clubs like the Storm Troopers of the 501st Garrisons, where members get to attend premieres and other exclusive events. The Ghostbusters won't even have premieres to attend until July 2016. 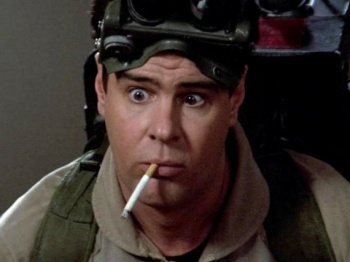 I know some very nice Stormtroopers, and intend no slight against individuals involved. I just consider the 501st members to be more mascots or volunteers than cosplayers - they're wearing club-approved suits to make them ideal walking advertising for the Star Wars juggernaut, and there's a limit to the alterations they can make. I once mentioned a bad experience at a 501st event on Tumblr and I was asked by the local club organizer to remove the 501st name to distance the organization from "drama". I can't see Lucasfilm being okay with something like "The Douchetroopers" when their fan clubs are that concerned about the slightest bit of negative PR.

Ghostbusters jumpsuits, meanwhile, are a canvas for customization. They're also a heck of a lot cheaper. If you want to be a Stormtrooper, it's going to cost you about $1200. Meanwhile, the base of a Ghostbusters suit is a beige jumpsuit that can come from a number of manufacturers. The proton pack kit costs around two hundred bucks and the custom name and logo patches can be purchased for under twenty. So while a complete Ghostbusters outfit is more expensive than those fifty dollar bag costumes you get at Halloween, I still think it's in the realm of reasonable costs for cosplay. I want the segments I do to encourage people to get more involved in cosplay, and spending over a thousand bucks on a costume just isn't feasible for most people.

And I think the enduring appeal of Ghostbusters overlaps with the fun of cosplay: Geeks don't want to be told you have to fit into a narrow selection of molds to be heroes. We want to be valued for our unique talents and smarts, despite perhaps not being the most socially polished or conventionally attractive folks around. Ghostbusters cosplayers keep the faith for everyman and everywoman heroes, and they have a great time doing it. While we have to give Star Wars credit for making sci-fi mainstream, franchises like Ghostbusters exist in the reality of being not cool in a world obsessed with cool in a way that makes being uncool cool.