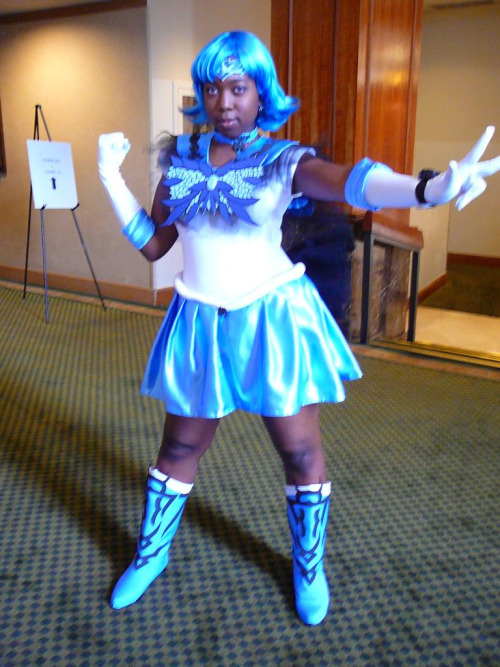 All well-known cosplayers have haters. But even an average person can suddenly become the target of internet anger because a photo ends up on a message board. I've seen cosplayers ripped to shreds just for being a black woman cosplaying Sailor Moon, or an Asian guy cosplaying Doctor Who's Tenth Doctor. And heaven forbid you cosplay a character that's drawn as impossibly skinny if you're not a size two: that seems to offend people who claim nothing offends them.

No matter why you're made fun of online for being a cosplayer, it's annoying. It can hurt. I don't use a cosplay name because I don't think cosplay is something that you should have to hide, but some people still try to demean me over it, claiming I'm not a "serious writer" or a "real journalist" because there are photos online of me in cosplay. On the bright side, I'm pretty sure that cosplayers are more respected by the public these days than the press is. Win for cosplay, I... think.

I've spent three decades, starting as a child performer, being told to "grow a thicker skin" and "don't let them get to you". The problem with these platitudes is that they don't give you the first clue how to do these things, so they usually just end up making a person feel worse because they don't have the tools to follow that advice. I thought I'd break that cycle and share the top five ways I take the hurt out of online haters, because no one deserves to feel bad over a harmless hobby like cosplay.

1. Recognize the difference between a critique and a personal attack

When someone points out a legitimate technical fault -- like when a viewer mentioned there was a problem with a virtual background on an episode of Agents of Cosplay - this can be helpful. However, when someone makes a sweeping judgement of your entire character, that's on them, not you. People will attack your race, your gender, and your perceived sexual and gender orientation, and your perceived appearance-based "flaws". And they'll pick on these things no matter what they are. These people aren't offering "constructive criticism". They're the equivalent of a heckler in a comedy club - someone looking to draw attention toward themselves and away from the person who really deserves it. All comedians, and all cosplayers, eventually get hecklers, so when that happens, congratulations, you've made it! Although trust me, cosplay is way more fun than working comedy clubs. I've done both!

2. Be better than your haters

Confidence comes from trying things and succeeding. You can't build confidence if you never try. The internet can make it seem like the smartest thing to do is to just hide in your own little hole, but if you do that, you never build up the data bank of achievements in your head that makes you resilient to insults online. When I first started, people making fun of the size of my boobs really hurt. Especially when they claimed with false certainty that they were fake. But the more I receive positive recognition for my cosplay work, the less that stuff bothers me, because there are so many things I can think back on now that insulate against the hate. Heh, that rhymed. 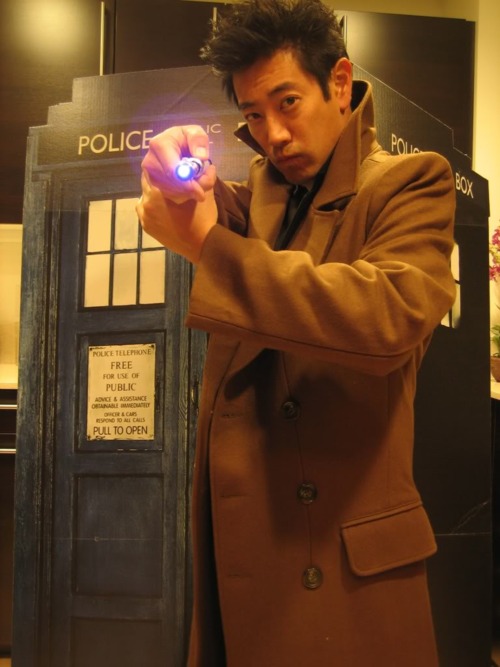 3. Laugh at the situation, not at yourself

While learning to laugh at yourself is an excellent skill, it's not always the best thing to do in the middle of a crisis. Unless you have an exceptional reserve of self confidence, laughing at yourself can quickly descend into blaming yourself, so until you build up that self esteem, give yourself a bit of distance from the tough love. Look at things from the perspective of "wow, this is going to be a great story later", instead of "I'm such a stupid idiot!". While it's important to be accountable for things, that's not the same as blaming yourself, and it's often difficult to have proper perspective when you're in the middle of an internet dogpile or a bad troll attack. That's why I find it so helpful to see hater episodes as a series of events, not connected to anything I did to "deserve" it. My personal way of getting distance is punctuating nasty comments with farting noises. I know that's not especially mature, but I'd rather be immature in that way than to get into an extended online fight with a troll: that's not just juvenile, it's also draining.

4. If you feel the need to respond to haters, wait 24 hours before you do it

This is a fabulous tip that someone gave me regarding dogpiles and legitimate harassers. While it may feel good in the moment to fight back against the top-level haters, you usually just end up giving them more ammunition and digging your hole deeper. If you're having fun trolling back, have at it, but the minute you start to feel actual hurt, step back and wait at least a day before resuming. It's amazing how much perspective this time gives you, and the more you do it, the more effective it gets! As you get into the habit of putting the phone down, or stepping away from the keyboard, you get better and better at responding to things from a place of calm and strength, instead of seeming as thin-skinned and reactionary as the people trying to pick on you.

5a. Make being an introvert work for you

Cosplay attracts introverts for many different reasons. For introverts, internet dogpiles and lengthy comment threads get overwhelming fast, no matter how much positive attention is thrown into the mix. On the bright side, however, it's much easier for us introverts to detach from the noise of the internet because we thrive on alone time. While positive attention is nice, we don't need it the way extroverts do, so stop reading the mean comments, and work on a costume. Repairs are the cosplay version of Sisyphus's rock: every time you fix one thing, something else breaks... so there's always something to work on even if you don't want to start something new. While it may temporarily seem like the haters are "winning", if you give it time you'll discover that a lot of people would rather talk to someone who isn't always starting flame wars.

5b. Make being an extrovert work for you

You thrive off being around other people, so you probably have a pretty big network of real-world friends which count for a lot more than anonymous internet haters. Go out for real-life hangouts, or just head to a coffee shop or market where you can strike up a conversation with a random equally-friendly person. You're an extrovert! You can do that! Your haters probably can't say the same, which is why they pride themselves on being the bigger jerk on the internet. So you end up with a fun night out and maybe some new friends, while the online idiots waste their time piling up comments you're not even reading because you're out living your life!