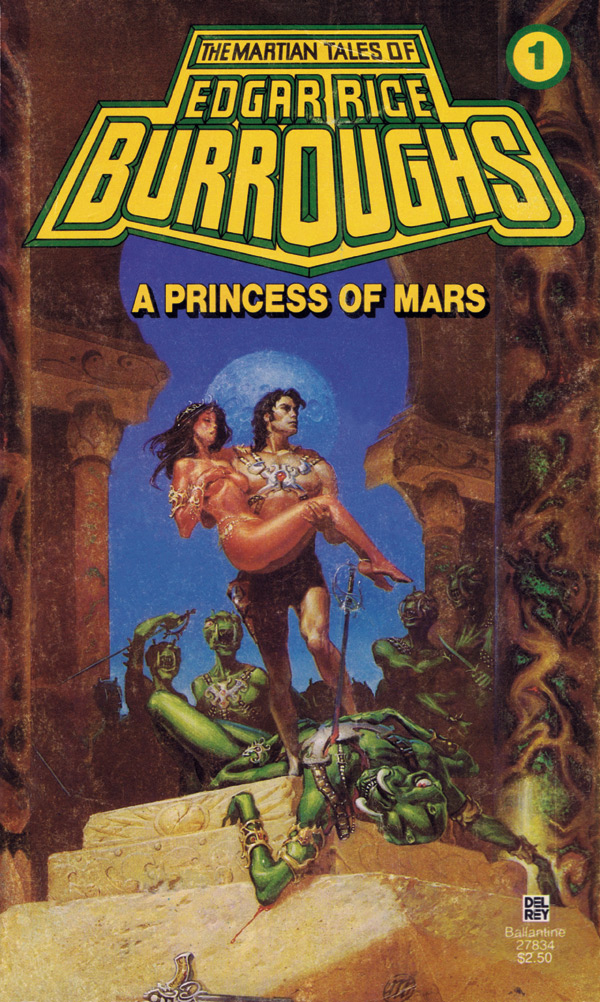 Because Disney kind of screwed the pooch on marketing the John Carter movie, John Carter, Dejah Thoris, Tars Tarkas and Kantos Kan didn't become household names like the cast of Star Wars. However, without the writing of Edgar Rice Burroughs, there would be no Star Wars, and without his leading lady, Dejah Thoris, there would be no Princess Leia. In fact, Dejah Thoris is the most likely origin of the kick-ass women science fiction is known for, thanks to the sheer number of prominent sci-fi authors Burroughs' stories inspired.

Were it not for Burroughs, a lot of great cosplay characters would never have been invented.

Today, retreading Dejah Thoris might be seen by as a "regressive" example of misogyny and patriarchal "male gaze" because Martians are naked except for jewelry. That's where the metal design of the "Leia the Huttslayer" bikini drew its inspiration. When A Princess of Mars was published in 1912, times were very different. The Western world was in a wave of female empowerment and liberation, as well as an explosion in literacy among the working classes. The modest, passive female ideal was beginning to crumble thanks to the women's suffrage movement, and women like Evelyn Nesbit rose to infamy by scandals circulated in newspapers and magazines. (Think of Evelyn Nesbit as the Kim Kardashian of her day.)

Meanwhile, women like Coco Chanel were taking their place as notable names in culture. Fashions were becoming more bold, beauty products were becoming more accessible to the masses, and women were getting a taste of cultural trends and magazines being produced to cater specifically to them.

And, based on his writing, Burroughs had no problem with this, nor did the male readers who were the market for his stories. In fact, one could argue that A Princess of Mars is the product of women getting "uppity" and men like Burroughs loving it! Far from being threatened by womens' relatively "new" desire to have influence and show their ankles and necks, Burroughs extrapolated women's desire to be seen and heard into a regal, formidable heroine who was entitled to choose for herself who she slept with despite what some men in her warlike, slave-owning culture thought to the contrary.

While the damsel in distress role Dejah Thoris often found herself in was common to the pulps - pulp magazines favored covers featuring imperilled, half-dressed women - Burroughs' treatment of his female characters was more positive than many other popular stories of the time. I think this added to the enduring quality of his tales, but also set a better standard for the homages to come than, say, The Shadow or Batman tradition. It took until The Shadow got a radio show in the 1930s for a prominent female character, and when Margo Lane entered the magazine incarnation of The Shadow, the editors apparently got hate mail.

Fantasy-inspired properties like John Carter and Conan pass the "He-Man and She-Ra Test" - a fictional universe where the women are not notably less clothed than their male counterparts. Many comic book universes, by comparison, fail this test. Superman and Batman, for instance, are both notably more clothed than Wonder Woman.

Burroughs also made his perfect other-worldly fantasy woman a woman of color, describing Dejah Thoris as copper-skinned with coal-black wavy hair. Though she's described by Burroughs as having a "slender, girlish figure", artists who draw Dejah Thoris take liberties with the description based on their own personal preferences... which to me shows how subjective so-called perfect beauty is. 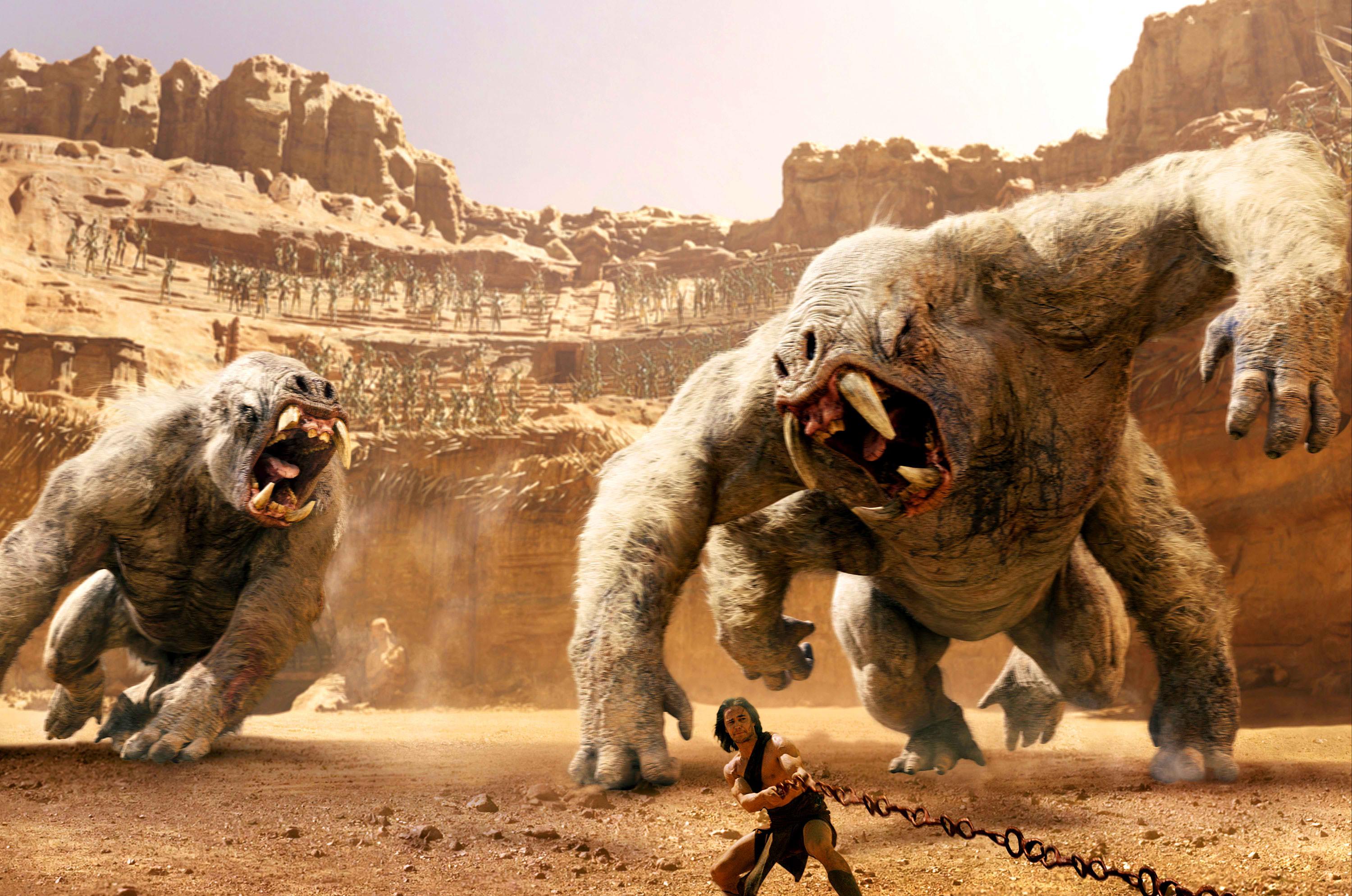 Some of the greatest female sci-fi characters, and cosplays, come out of the space fantasy tradition that Burroughs inspired, from Star Wars' Princess (now General) Leia to Star Trek's Deanna Troi to Farscape's Aeryn Sun to Babylon 5's Susan Ivanova and Delenn - all dark-haired, regal women who have an exotic sort of unconventional beauty, aren't content to just be pretty faces, and don't fall in love with the people they're "supposed" to. While most of these characters are usually a lot more clothed than Dejah Thoris, there are those infamous Betazoid wedding customs!

The risque costumes you see in cosplay are similarly displaced from our reality - alien, if you will, to everyday cultural norms. Cosplayers who run around half naked don't dress that way all the time. We want to have a break from the shackles of modesty and hope for a better world where a bit of cleavage or bum doesn't make people assume you're somehow less intelligent. Sword and Planet fantasy gives us women like Dejah Thoris who are seen as beautiful, but also lead science expeditions. Real world experiences force us to separate being seen as desirable from being seen as professional, and that gets frustrating.

Regular fashion is less about what you want to wear and more about what people think of you based on your clothes. Cosplay, on the other hand, is about trying new things, having fun, and stepping out of the restrictions of social norms. Sure, we still have work to do increasing accountability for the assholes that behave inappropriately toward cosplayers. But I'm sure other cosplayers can relate to my feeling that a lot of modern fashions are "unsightly pieces of cloth" that say nothing, mean nothing, but keep us on the treadmill of being "on trend." We throw stupid amounts of money at revolving fashion trends just to avoid seeming out of place.

The science fiction tradition of women who are sexy, and who will very likely hurt you if you try any funny stuff, is an important part of the history of the equalization between the sexes. This tradition is also a pleasant motivation to wear otherwise very silly costumes out in public. The relative freedom and power these characters have is a big part of why cosplay is fun!

So the next time you catch yourself sneering at a someone in a Leia bikini, or any other sexy cosplay, realize that without that tradition in science fiction dating back to the pulps, there might not be the science fiction tradition that we know today. Sure, costumes that are more jewelry than clothing aren't modest, but if that's a problem for you, you might be a bigger prude than some men were back in 1912.