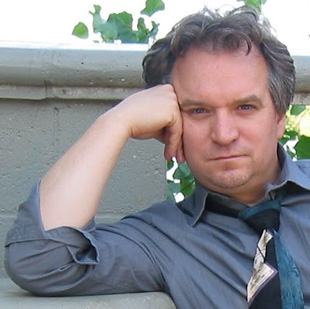 Devan talks to the author Ex-Heroes about a lot of things, but Nathan Fillion is mentioned. Everyone Squeee.

Peter Clines was born and raised in Maine, also known as the stomping grounds of Stephen King and the birthplace of the East Coast horror writing movement.

After high school he moved out West to Los Angeles to work in Hollywood. His officially biography lists a series of improbable accomplishments, including earning a quadruple doctorate degree and being the Lindberg baby, but underneath his ever-present jocularity is a real resume that's far more impressive, particularly in terms of literary achievement.

Among his confirmed credits Clines boasts prop master for several notable television shows and movies, reviewer for Cinema Blend, and staff writer for Creative Screenwriting magazine. He has previously interviewed many famous film personas such as Frank Darabont, Paul Haggis, Kevin Smith, George Romero, Akiva Goldsman, David Goyer, Mark Herman, the late Nora Ephron. He currently lives in Southern California where he continues to work his dark magic of transforming his innermost fantasies into some of the most compelling fiction you'll ever read.

At the tender age of eight he wrote his first book, Lizard Men From The Center of The Earth. Inspired by comic books and Saturday morning cartoons it remains unpublished to this day. Since then he's added the wildly popular novel 14, The Junkie Quatrain , The Eerie Adventures Of The Lycanthrope Robinson Crusoe, and The Ex-Heroes series to his list of writing credits. The latter consist of four genre-mashing adventure books that pit a small group of courageous but flawed superheroes against the vast hordes of the living dead that have conquered the planet. The series has spawned Clines a legion of awestruck fans, including none other than Nathan Fillion who tweeted his love for the books to his 2.6 million followers begging the author for the next one.

Devan Sagliani: Please tell us a little about your journey as an author. How did you get started writing?

Peter Clines: I've always been telling stories. I know that's such a lame "author" thing to say, but it's true. I was setting up little scenes with my Micronauts and Star Wars figures long before I started writing with pen and paper. I wrote some bad stories in grade school, and then some awful comic scripts that I actually submitted to Marvel (my first rejection letter is from Jim Shooter, then editor-in-chief of Marvel). There was a cliche-filled sci-fi novel, some Doctor Who and Star Wars fanfic before that term existed, a puberty-fuelled fantasy novel... and this was all before high school.

I did a werewolf novel in high school that'd be called urban fantasy today. Same with my college novel, and the half-finished after college novel. Then I ended up out in California working in the film industry, so I ended up focusing on screenplays for about eight years. I know it was 2001 when I started leaning back into prose and finally finished the after-college novel. I started writing articles for a film magazine and their website, and when I finally left the industry I wrote for them full time for about four years. I was selling a few short stories here and there and working on another novel at the same time, and then I set that aside to start working on this superheroes vs zombies idea I had... I think it was 2011 I started writing fiction full time.

And that brings us to now, yes?

PC: I was a huge comics kid. Spider-Man, Micronauts, X-Men, Hulk, ROM, Ghost Rider, some Iron Man... I just devoured all that stuff on a monthly basis. I read tons of sci-fi and fantasy. Alexander Key's The Forgotton Door was a favorite, and so was Gerry Turners Stranger From the Depths, and the Prydain books by Lloyd Alexander. I read Asimov, Bradbury, Clarke, Madeline L'Engle, Alan Dean Foster. I remember I had an odd phase where I read tons of movie adaptations. There were also all those Star Wars spin off books about Han Solo and Lando Calrissian...

This is really a topic I could go on forever about. 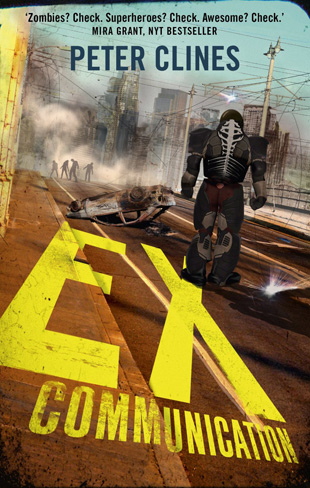 DS: How did you go from being terrified of Land of the Lost to writing some of the most gripping and terrifying prose ever published?

PC: First off, Land of the Lost was very scary (and very smart) at the time. Those dinosaurs looked real. I had a recurring nightmare of Grumpy the Tyrannosaurus outside my bedroom window and ripping the house apart to get at me. I woke up screaming a lot as a kid. And even a bit into my teen years.

And then one day it just... stopped. I remember I was terrified of heights as a kid, but in college I started doing stage work and didn't even think about it. I'd climb a forty foot tower, brace myself with one ankle, and that was it. College is also where I started really appreciating horror. My friend John sat me down and made me watch The Omen and Hellraiser. And they were just so good.

I don't know if my stuff's terrifying, but I'd like to think it sometimes has that sense of creeping dread. I think that's what really sticks with people.

DS: Can you take us through your process of how you move a story from idea to full creation? Do you rely on outlines? Where do you draw your inspiration from?

PC: I tend to scribble a lot of notes to myself when I'm working on whatever happens to be my current project.  I end up with a very, very loose outline of character sketches, dialogue, ideas for different moments.  I try not to do too much past that because I think sometimes an outline can be limiting.  It's good for screenwriting, where you have to be much more focused and usually have a very strict deadline, but I think in a novel you get a lot more out of it if you give yourself space to be creative.  In every book I've written so far, there's something that only came out of it because I had room to explore within my rough outline. That's just me, though. I know some writers who swear by outlines and most of them are faster than me.

Once I start a project, I try to do at least two thousand words a day, every day.  Sometimes when things are going well I'll hit four or five thousand, but two's the bare minimum.  My goal is to get a first draft done, because I think it's a lot easier to revise something than it is to get it perfect the first time.  That means the second draft can be polishing and fact-checking, and the third draft is trimming and cutting.

As for inspiration... I mean, ideas are everywhere. I probably have half a dozen ideas on any given day. It just comes down to which ones stick and which ones I think are worth putting time into. Ideas are like diamonds. Nobody pulls a two-hundred facet, diamond-cut gemstone out of the ground. You pull out a lumpy black thing that needs to be cut and polished and refined and cut again and polished again. It's not about coming up with a great idea, it's about putting the work into an idea to make it great.

DS: You've said in the past that you come up with the idea of mixing super heroes with zombies because you grew up a fan of both genres. What kinds of comic books inspired you as a kid? Who were your favorite characters?

PC: I like superhero comics. I think there's been a big shift away from them, though, and more of a focus on super-powers stories, which I think is a very different thing. Charlie McGee controls flame in Firestarter, but we'd never consider her a superhero. Carrie is about a telekinetic girl, but that's not a superhero story, either. I think there's a perception that superpower stories are mature, adult tales, whereas superheroes are for kids. I mean, how many mainstream superheroes have ditched their costumed identites at this point? Marvel had a whole storyline around the idea of heroes being forced to give up their identites. Steve Rogers and Dick Grayson both became secret agents instead of superheroes.

I like superheroes. I like the idea of someone giving up part of their life to serve the greater good and serving as a symbol of hope and inspiration. I like it when Peter Parker misses sleep and forgets to buy milk or do laundry because he's been out stopping muggers and bank robberies. That's something else that's been lost in all these grim-and-gritty takes on characters.