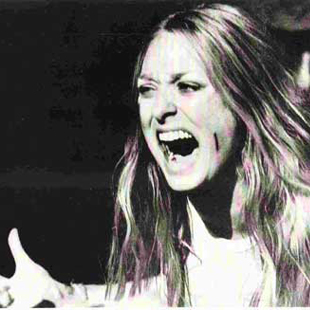 With the passing of a legend, Devan talks about the women who once ruled Horror.

In my last column, I plead my case for the return of the slasher film, while foolishly overlooking one of the key components to the rise of the genre - the Scream Queen. Since then, horror-film legend Marilyn Burns, star of the original Texas Chain Saw Massacre (1974), has passed away peacefully in her sleep at the age of 65. As Burns is rightfully billed as one of the original Scream Queens, her passing brought to mind how this fascinating group of early pioneers paved the way for future generations* with their astonishing talents, hard work, and pure love of the genre.

Burns unquestionably set the standard for future generations of clothing challenged shriekers with her iconic portrayal of Massacre's Sally Hardesty. The image of the wailing ingénue fleeing her grisly would-be killer Leatherface and his loud, whirling instrument of death and dismemberment has been seared forever into our collective consciousness. Audience members gasped in revulsion at the jarring images on screen. There were reports of some audience members getting physically sick in theaters while others ran out screaming and crying. Critics labeled it sleaze fit only for serial killers and perverts and advised people not to see it. One of the more outspoken detractors was noted film critic Rex Reed who compared the motion picture to others in the genre, saying "It makes Psycho look like a nursery rhyme and The Exorcist look like a comedy.' Everyone from late night talk show host Johnny Carson to feminists groups were outraged but Marilyn never understand why they made such a fuss.

"I was puzzled," she told Penthouse Magazine in an interview celebrating the 40th anniversary of the films release. "I got away. I'm the first victim to get away! I'm a heroine." 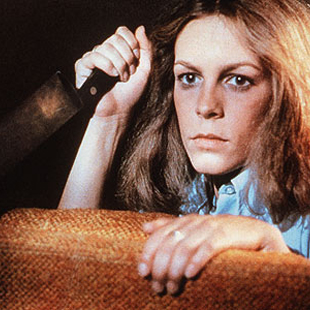 Just bringing up the subject of a "Scream Queen" with a devoted horror fans will usually lead to a lengthy conversation about how Jamie Lee Curtis kicked off the fun with her indelible debut performance in John Carpenter's Halloween in 1978, which actually came two years after Burns performance. Many horror purists are only too happy to remind anyone willing to listen that Jamie's mother, actress Janet Leigh, who starred in Hitchcock's Psycho, was in fact the source of all future hot female victims with golden pipes built for high intensity shrieking while getting hacked to pieces. But it wasn't until the 80's that the actual term "Scream Queen" was officially coined by the media, based off the works of three unlikely female stars.

With the popularity of the VCR came a new rise in video stores and an endless hunger for cheap VHS movies. In no time at all a global market was established, creating a pipeline for distributors to profit from unparalleled in movie history. People that before might only see a dozen movies in a year were now avidly watching a new one every night, viewing well into the hundreds in a short period of time as the trend grew. The subsequent proliferation of cheaply made horror movies with outrageous plot lines, bizarre titles, and gratuitous nudity was welcomed with open arms, as were exploitation movies and adult films, in case you're not old enough to remember the dodgy section behind the beaded curtain. Horror producers simply couldn't make them fast enough to cash in on the craze. They shot these movies in record time, usually a week or less, on shoestring budgets featuring models who possessed no previous acting experience or Hollywood ambitions. All the actresses shared one thing in common however; they were simply willing to get naked on film for dirt cheap pay.

These lusty beauties quickly gained a following as studios churned out titles to keep up with the growing demand. Soon directors discovered that the girls had grown so popular on their own that they no longer needed to include expensive big name talent from television and feature films like Eric Estrada or John Barrymore. They had become stars in their own right, with legions of fanboys clamoring for more and shelling out cash to get their hands on everything from movies to merchandise. 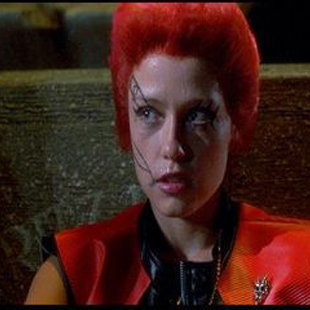 Three sexy stars quickly established themselves as leading ladies worth their weight in B movie gold - Linnea Quigley, Michelle Bauer and Brinke Stevens. It was this trio that originally spawned the term Scream Queen. None of the girls came from a theater arts background or had any official acting training of any kind. Still producers and directors quickly fell in love with their ability to memorize pages of dialogue and recite them in a single take, not to mention their lack of squeamishness about peeling down to their birthday suits. The girls often worked twenty hour days for weeks on end but enjoyed being steadily employed as well as the people they worked, who became like a small family of outcasts as the years rolled on. They were beloved for both their fun approach to increasingly peculiar roles as well as their blue collar willingness to chip in and help move gear on set - right down to hauling lights between takes. In other words, they paid their fucking dues and then some.

You can't talk about Scream Queens without talking about Linnea, who is referred to alternately as the Queen of B Movies. Born in Iowa, Quigley maintains she was a shy girl before she moved to Los Angeles and began modeling and appearing in bit roles in horror films. Her big break came during the filming of the cult slasher classic Graduation Day, when she replaced the original actress who refused to do nude scenes. From there the petite, fearless blonde went on to dance topless in Psycho from Texas, cementing her place in the genre. Quigley is best known for her role in The Return of the Living Dead from 1985 but has also starred in such lurid fare as Savage Streets, Silent Night, Deadly Night, Nightmare Sisters, Creepozoids, Sorority Babes in the Slimeball Bowl-O-Rama, and Hollywood Chainsaw Hookers. She's also the author of two books about her career as a B-movie actress, Chainsaw and I'm Screaming as Fast as I Can and is a popular staple to this day on the horror convention scene.

* Including 90's so-called screamers Neve Campbell, Sarah Michelle Geller, and Jennifer Love Hewitt - all who proudly wore the title without showing us the requisite flesh.