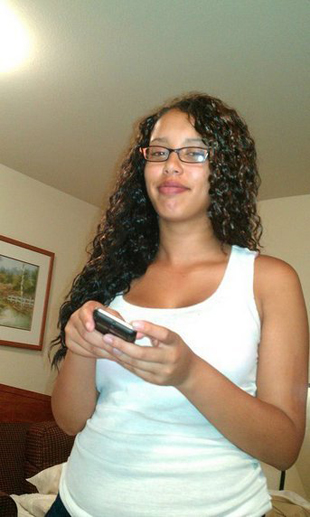 Police were called to a Motel 6 in Gary, Indiana, on a Friday night after an acquaintance of 19-year-old Afrikka Hardy found her naked, lifeless body tossed in a bath tub, according to a probable cause affidavit. Hardy, a known prostitute who went by the pseudonym "Big Boy Appetite," and advertised her services on the escort-friendly website Backpage, was found in a rented room that displayed signs of a struggle. The bed had been jerked away from the headboard and there was a pillow by the toilet that appeared to have blood on it. In addition to the torn condom wrapper on the floor police found one of the young woman's fingernails that had been ripped off.

Vann, who had previously served time on a rape conviction in Texas back in 2007 and is a registered sex offender, could be seen on surveillance video that night allegedly running from the room shortly after Hardy's untimely demise and leaving in a vehicle. Using the plate number along with cell phone records police were able to track down Vann on Saturday, along with the vehicle he'd been driving. Police said Vann also had Hardy's pink phone and other potentially key pieces of evidence on his possession at the time of his questioning.

Shortly into the initial interview Vann surprised police by making a full confession of his crimes, telling authorities that he had "messed up" and expressing his shock that they had located him so quickly according to Hammond Police Chief John Doughty. Without hesitation or remorse Vann then allegedly confessed to hiring Hardy to have sex with him then strangling her to death, first with his own hands and then finally with a cord when that hadn't worked. To their astonishment Vann then told the police that he had killed at least six other women, stashing their decaying corpses over a five-mile stretch of abandoned houses in the area. Vann then voluntarily led the police to all six victims he'd confessed to killing, including 28-year-old Teiarra Batey, 36-year-old Christine Williams, and 35-year-old Anith Jones.

Almost immediately after news broke of the gruesome killings wild stories began circulating that Vann was setting up a freakish Halloween display, using an abandoned home to create real life haunted house the likes of which would rival the former residences of other notorious serial killers like Ed Gein or John Wayne Gacy. These lurid reports spread across the web like wildfire, headlines screaming out that he'd collected 8 or more corpses of his various victims then posed them on display before admitting eager and unsuspecting horror enthusiasts who were overwhelmed by the smell and fled in terror, prompting police to investigate. 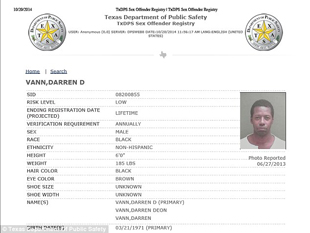 According to posts (like this one on Daily Buzz Live which was shared nearly 43,000 times on Facebook (http://dailybuzzlive.com/killer-turns-abandoned-home-into-haunted-house-uses-real-corpses-props) Vann wanted to get caught and leave a legacy of terror so his name would live on. But while this version has now been disproven the real life actions of this calculating killer are just as sinister, and his reasons for killing are still unknown. Vann's been quiet since being taken into custody, even refusing to speak to a judge at a preliminary hearing to the point where he was held in contempt of court. At this point it's safe to say that he never had any intention of getting caught or stopping. If he hadn't made the mistake of being caught on camera he'd still be out there killing girls and hiding their bodies in empty houses.

The suspect's ex-wife, who was married to him for 16 years, didn't seem to have anything to offer that might shed light on why Vann turned to killing. When asked for her reaction by the New York Times she offered only that she was "lightheaded" over hearing the news of her former lover's heinous actions. The couple split up back in 2009 after Maria learned about her husband's prior conviction for sexual assault as well as the 5 year stint he did for it before moving back to Indiana.

"He was a little bit of a loner," Maria Vann told the Times. "He could be on his own, listening to his own music, for a long time. He would stay at the library a ton of time. He was always by himself."

Police now believe Vann may play a role in dozens of other murder cases stretching over the last 20 years. Meanwhile authorities in Gary, Indiana have begun using cadaver dogs to search for any bodies they might have missed, a daunting task in a town overrun with abandoned buildings. And so once again the evil in Gary, Indiana has reared its ugly head to smile at us with a mouth full of pointy teeth and dreadful nicotine eyes dotted with blood red irises. Who knows what unimaginable monstrosity will be revealed next in this quiet town? With so much evil concentrated into such a small space it's no wonder there are over 10,000 abandoned homes.