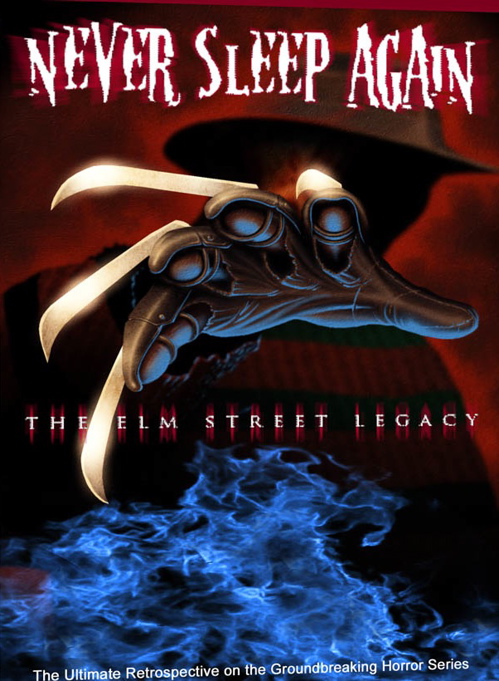 For those of you who have been living under a rock or eschewing all things horror the last decade, Thommy Hutson isn't an up and coming player in the Hollywood horror scene - he's long established with a few impressive awards to his name already. That's because in addition to writing and producing projects for feature films and animation he's also known for making the definitive documentaries/retrospective of several horror film classics, including Friday the 13th and A Nightmare on Elm Street.

Hutson's resume includes companies such as Starz, The Biography Channel, Warner Bros. Animation, 1428 Films and more. He's now keeping busy releasing the follow-up book to his award winning documentary Never Sleep Again - The Elm Street Legacy through Red Rover Books, a project he successfully funded on Kickstarter with the help of fans and former cast members. The Escapist was glad to sit down and chat with the writer/producer about what brought him to horror, his latest project and more.

DS: Can you share a little with our readers about your background? How did you get involved in writing horror documentaries?

TH: I grew up in upstate New York and have always loved movies. I didn't gravitate to horror right away, though; that came about after a relative forced me to watch "Salem's Lot" on television. I was young and definitely terrified. But it got me into the genre and I kept on watching. It wasn't until I saw the original A Nightmare on Elm Street, though, that I really felt the full impact of a film that was smart and scary-and one that stayed with me for days (and nights!) to come. I had always wanted to be a writer and at one point, after moving to Los Angeles, going to UCLA and working a few development jobs in the industry, my writing partner and I did some work on some Scooby-Doo animated movies, some script assignment work and then I met people who were making their living in the genre. After some time spent throwing project ideas around, it was decided to do a documentary on Friday the 13th. That ultimately became His Name Was Jason: 30 Years of Friday the 13th, which I wrote and produced. I quickly realized that crafting a narrative from the stories and memories of cast and crew from films I grew up watching was a really fascinating and fun experience. So, in addition to scripted work, I kept doing it.

DS: Never Sleep Again The Elm Street Legacy is nothing short of amazing. It has fantastic interviews with Wes Craven and Robert Englund as well as virtually every big name player from the iconic Nightmare on Elm Street series. You've also created retrospectives documentary films on Friday the 13th, Return of the Living Dead, and Scream. How difficult is it to get all of the former cast and crew to sit down and talk about their roles from these movies?

TH: It's as hard as it is fun! Getting the people takes a lot of leg work and, pardon the pun, it takes a village. There is always a team of people (myself included) on the shows I've done who are busy making calls to agents, managers and publicists, or finding people on Facebook and, sometimes, it's just through personal connections. Often the most difficult part is the scheduling; I've rarely encountered cast or crew who flat-out refuse to take part. Most of the time when familiar faces aren't interviewed, it's simply that we weren't able to make the schedule work. As much as we'd love to just interview people whenever or wherever, there's usually a schedule to keep to (the crews on the docs have always loved it when I remind them-gently-we're behind schedule) and we film at a specific location. It's just hard to make it all work for everyone. But what is great about doing these shows is meeting the cast and crew who are so charming and funny and fountains of fascinating information about the movies in the genre we grew up with. On all the retrospectives, I've loved getting a chance to meet everyone, hear their stories and have them share their experiences. The genre is a place that really feels like a community. It's like once you're a part of it, even if you were only in one movie, or made one movie, fans remember it; you're a part of something people remember forever. That's nice.