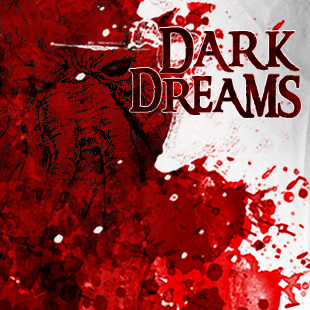 As I previously explained in my initial column on H.P. Lovecraft, I am far from an expert on the father of modern horror or the impressive myriad of fictional worlds and creatures he dreamed up. This is also true of Lovecraft's most famous creation, the Old God Cthulhu. I'm almost certain that I'll learn as much from some of the comments left on this post as you will from me on this fascinating character, provided of course that we keep on topic and don't allow the discussion to be derailed once again by people hell bent on getting into another full blown pissing match on Lovecraft's racist past. I hope that's not too much to ask.

First things first, let's talk about the spelling and pronunciation of this ancient deity's name before we get too far into his origin story and ultimate purpose. Since he was first introduced in the short story "The Call of Cthulhu," which was originally published in the popular pulp magazine Weird Tales back in 1928, Cthulhu has also been spelled as Clooloo, Tulu, Cthullu, Clulu, Q'thulu, and various other interesting and wholly unpronounceable ways. His name is often proceeded by such lofty amplifiers as "The Great" or "The Mighty" or even "The Dreaded." There has been plenty of discussion over the years on how the ancient deity's name was meant to be properly pronounced. Even in his own time people didn't know how to say the name, which led to Lovecraft writing to a colleague in 1934 and letting him know that the name was meant to be broken into two syllables, then, with the tongue stuck to the roof of your mouth, to be spit out. The end result would sound something like "Clue-loo" instead of "Cuh-thew-loo," which is how most people pronounce it today, owing in no small part to the Call of Cthulhu board game officially sanctioning that way of saying it. Lovecraft went on to explain that the name was of alien origin and not designed to be properly pronounced by human vocal chords in the first place. In essence the moniker was never intended to be more than a harsh, guttural sound meant to represent a being beyond what human minds could ever comprehend. To make matters slightly more confusing, Lovecraft himself pronounced it different ways over the course of his life, despite that oh so helpful letter.

Now on to the origins of the great and terrible God. Cthulhu Mythos scholar Robert M. Price (yes that is a real thing which sounds totally awesome and must look amazing on business cards!) argues that Cthulhu was inspired by Lovecraft's obsession with the Alfred Lord Tennyson poem 'The Kraken' about an enormous squid that slumbers on the ocean floor in between attacking ships. But it wasn't just Tennyson that went into making up the underwater leviathan. Elements from William Scott-Elliot's 'The Story of Atlantis' and 'The Lost Lemuria,' which Lovecraft read in 1926 shortly before he began working on 'Call of Cthulhu,' are also noticeable in the story. And any discussion of Lovecraft without mentioning his obsession with the works of Lord Dunsany would be remiss, since the master of horror's early work heavily relied on Dunsany, who he deeply admired as a writer. Dunsany's 'The Gods of Pegana' tells a tale of a god being constantly lulled to sleep to avoid the horrific apocalyptic consequences of it awakening. 'A Shop in Go-by Street,' written in 1919, has a passage that reads "unhappy are they that hear some old god speak while he sleeps being still deep in slumber" - which obviously played a role in Cthulhu's development.

Although Lovecraft's early work almost certainly would serve as a precursor to horror's most famous cephalopod, Cthulhu himself began as little more than an idea the author had sketched out during his miserable days in New York while he was living in Red Hook. It wasn't until the summer of 1926 that Howard began to develop what would be his greatest legacy, and it was during this incredibly productive period of his life (shortly after he had moved back home to the safety of Providence) that he dreamed up the monster that legendary horror director Guillermo del Toro would later call "a combination of cosmology, anthropology and horror."