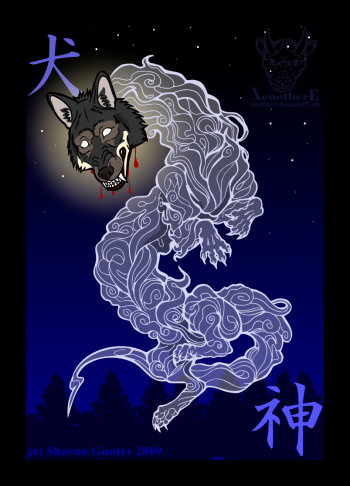 When he got the call to investigate a possession, Glen tried to explain that he didn't believe in ghosts or spirits, that he just wrote stories about the supernatural for fun on his blog. He told the mysterious caller that he'd been fascinated by the ghost stories islanders had brought with them from Japan and was considering putting out a collection at some point. He told them that he'd never seen a ghost or spirit personally and that he'd probably run screaming if he did. Still, the concerned parent on the other line insisted that their once healthy daughter's state was due to her being possessed by a dog spirit and that he needed to come see her right away.

"Because," the anxious father replied, "she asked for you by name."

Glen drove to the exclusive gated hilltop community of Waialae Iki in Honolulu that overlooks Kahala, Diamondhead and Oahu's southeastern shore from Waialae Iki Ridge. At the house he was greeted by a normal looking family and ushered into their parlor. The afflicted girl's parents explained that the strange behavior began shortly after their daughter had shunned the advances of another student at the University of Hawaii who dabbled in witchcraft and the occult. Within days their healthy daughter took ill and had to drop out for the semester. They warned him that what he was about to see was shocking but urged him to do what he could to restore their daughter or point them towards someone who could.

"Please," her mother begged, "please help us bring back our baby girl."

Glen glanced at the pictures of her on the wall of the girl in question. She was young, vibrant, and exceptionally beautiful. He was not surprised she had a stalker. He supposed many men were interested in getting to know her and more than a few had been disappointed to be turned down.

An elderly Japanese woman with a pompom wand, an odaisan or exorcist, guarded the door to the girl's room. She looked up at Glen as he passed and nodded, chanting all the while "Ka-e-re" or "Go home!" 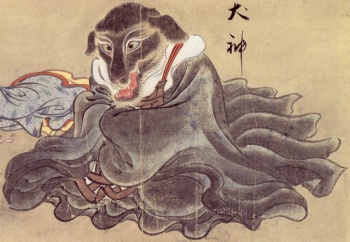 The walls were smeared with blood, fecal matter, phlegm, and the remains of rotting food. On top of this there was a foul odor that hung in the air, an almost feral scent as if a pack of wild beasts had been rutting in the cramped space. The young woman retreated back into the corner of the room as they entered, naked and snarling. The once pretty undergrad now resembled a mangy animal, her matted hair hanging in her face as she crawled on all fours like a dog. A cold chilled passed through the air as she began to berate them with a stream of obscenities punctuated by occasional barking fits that sounded like otherworldly screams issuing forth from the depths of hell itself. Glen saw a trail of blood on the floor. The girl had torn off her fingernails in her agitated state. The bloody tips of her fingers seemed almost transformed in the process into paws. Her sallow face glistened with sweat as she menacingly bared her unnatural canine fangs.

"You called me here," Glen said, summoning all the courage he could muster. "What is it that you want?"

"Her soul," the girl growled. Glen took a step forward but froze as the girl lifted her head, revealing the bright yellow eyes of an animal. "Tell them she's mine! I'll kill her if they try to force me out. I'll kill anyone who tries to touch me. No one can take her from me!"

Glen backed slowly out of the room, terrified that at any moment she might lunge for him and tear out his throat. He practically ran for the front door, pausing only briefly to deliver his prognosis before scurrying to his car as fast as his legs would carry him.

"Your daughter is possessed by an Inugami," Glen spat. "The odaisan can contain her, but you will need a sorcerer to drive it out. Good luck." He turned and fled back to his car.