ScareLA returned to Pasadena in sunny Southern California this weekend, flooding the streets near the convention center with zombies, demons, ghosts, and monsters of every size and stripe. Launched originally in 2013, the show is dedicated to the celebration of all things horror and Halloween and draws in artists, filmmakers, manufacturers, and die-hard fans of the macabre, right down to legions of horror cosplayers that took over both halls and spread across to the mall food court, infesting the local Rubio's with a vengeance.

There were a dozen haunted houses offering some blood chilling sneak peeks of what fall has to offer, rows of ghoulish exhibits, celebrity panels, performances by local horror themed theatre companies and musicians, hands on workshops on set building, costume creation, and animatronics, interactive games, and a screening room teasing terrifying new releases and attractions. Professional demos of makeup took up a great deal of the show, with people lining up to get made over into nightmarish visions from the depths of hell.

Here's a look at the scariest, the most sublime, and the weirdest things the show had to offer! 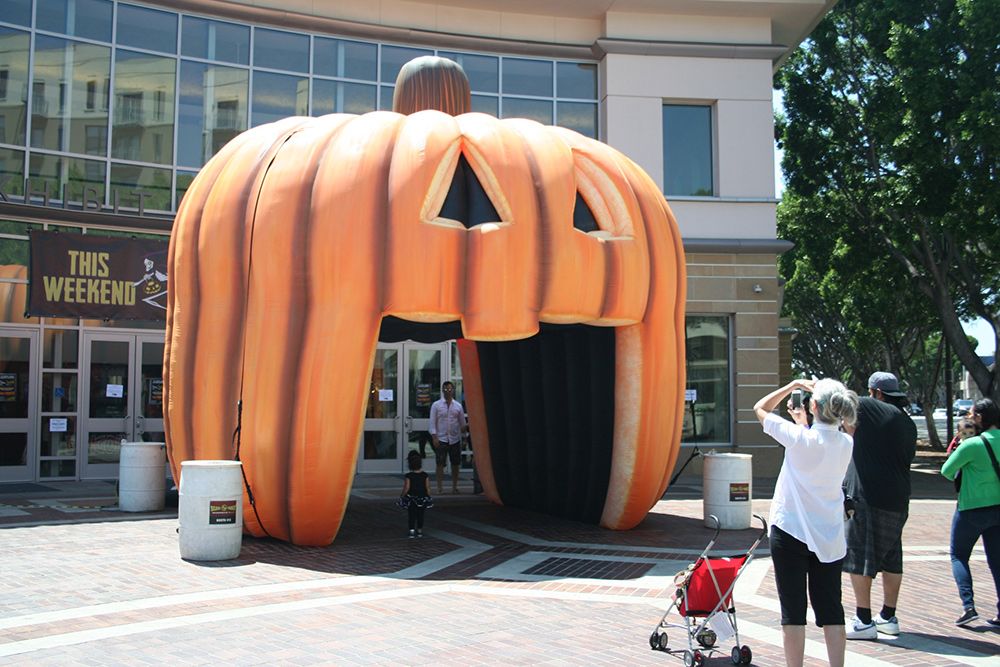 What better way to enter a convention about Halloween than through a large pumpkin?