DS: When did you first know you'd made it as a writer?
SC: Shortly after publishing my third book, I guess. Wish I was the journaling type, and then I'd know for certain. That was about four years ago and coincided with a growing readership that through social media began asking for the next STZA installment, usually only days following the previous release. My wife believed in me enough to let me turn in those dinner jackets. Finally quitting the company I'd been with for two decades was very surreal. Liberating, but definitely surreal.

DS: What inspired you to write your first book?
SC: The need to see if I could actually finish something I started.

DS: How would you describe your writing style?
SC: Minimalist, but evolving. I have to admit that I still cringe when I read some of my early writing as the prose is pretty bare bones.

DS: How did you come up with the title for your latest release?
SC: Frayed is one word that describes best my little band of survivors after having survived several months of the zombie apocalypse. 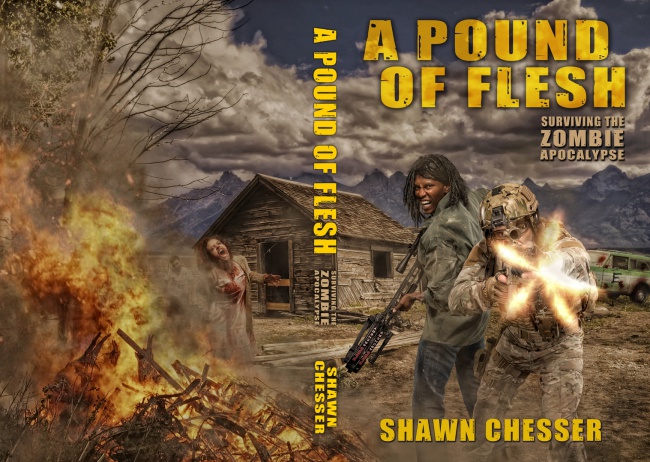 DS: If there is one thing in your work that you hope readers will pick up on, what is it?
SC: That the words on the page were derived from the movie constantly running in my mind. I would hope the readers live as vicariously through the actions of my characters as I get to.

DS: What books or authors do you feel have influenced you the most as a writer?
SC: As far as post-apocalyptic fiction goes a couple of books really started my imagination spinning. The first was "Lucifer's Hammer," by Larry Niven, a story about a comet strike on earth and the bleak aftermath mankind struggles through. Stephen King's "The Stand," is still an all-time favorite of mine. The moment Charles Campion escaped the bio lab and brought the sickness with him and shared it with humanity, I couldn't put the book down. In a couple of instances I have thrown nods to The Stand in my series. Another book I really devoured was J.L. Bourne's "Day by Day Armageddon." The way that story was written, in diary form, really kept me turning the pages. Not to mention the military slant which is right up my alley!

DS: What advice do you have for people looking to survive the zombie apocalypse?
SC: In the words of my protagonist Cade Grayson: Stay frosty and watch your six!

DS: What advice do you have for new writers looking to emulate your success?
SC:

DS: What are you reading now?
SC: Just finished Stephen King's 'Desperation'. Eager to crack Lee Child's 'Make Me'. I just got the latter today. I'm pretty damn excited to see what Reacher is up to.

DS: What's next for you?
SC: I'm currently writing 'Drawl: Surviving the Zombie Apocalypse' which is a prequel telling how one of my favorite characters, Duncan Winters, survived the Omega outbreak prior to making his appearance in 'Trudge'. 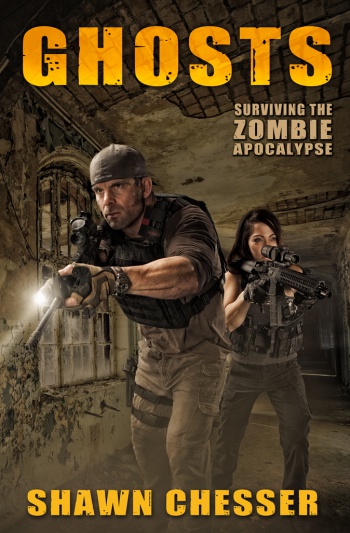 DS: Who is your favorite author and what is it that really strikes you about their work?
SC: I have two: Stephen King for his command of the English language and stellar ability to weave pop culture-new and old-into his stories. And Lee Child whose crisp writing style I can't get enough of. Hell, his boy Jack Reacher is my favorite modern character in fiction, hands down.

DS: What made you decide to skip traditional publishing and do it yourself?
SC: The publisher's minions would never have read past the first paragraph of Trudge had I submitted it. I think I committed the cardinal sin of mentioning the weather straight out of the gate. So, in a nutshell, I really had no choice.

DS: Have you ever been approached by a big 5 publisher about buying your work? If you were, would you take the offer?
SC: Not the big 5, but I've been courted twice by a big name in PA publishing. I turned them down. However, my series is being translated into German for distribution in that market. A year ago I sold the German language rights for my first 6 books to Luzifer-Verlag. 'Trudge: STZA' is slated for an October release. The new cover they designed for that market is really cool!

DS: Who designed your covers?
SC: Jason Swarr of Straight 8 Custom Photography does them all. He does work for national magazines RECOIL and OFF GRID. Look for 'Red Bloods' which is a kickass comic series he produces in house.

DS: What do you like to do when you are not writing?
SC: I'm a full time dad: equal parts Sherpa, chauffeur, punching bag, and sports equipment manager.

DS: What TV shows/films do you enjoy watching?
SC: The Walking Dead and its spinoff Fear the Walking Dead. I'm a sucker for Million Dollar Listings, Silicon Valley, Graveyard Carz, and anything else that happens to be playing on the Velocity Channel.

DS: If you were not a writer what else would you like to have done for a living instead?
SC: Helicopter pilot, but there's a long story behind why I'm not. It's on my bucket list, though.

DS: Any final thoughts to leave with our readers?
SC: I'd like to thank each and every one who has given an indie scribbler's book a look. We work very hard at what we do. We're passionate about our craft and really enjoy shooting the breeze with readers. Try friending an indie on Facebook and find out for yourself.