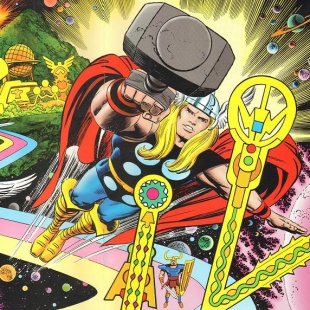 While direct employees of a given company are excluded from the ability to terminate copyright - the company for which they work being considered the statutory author - freelancers whose contracts did not specifically agree to forego ownership of created works, or who meet certain other conditions, have an option to revisit the situation later. A distinction was made between qualifying freelance work and contract work classified as "work for hire", but theoretically this shouldn't have mattered all that much. Rather than some creepy get rich quick scam, the whole fucking point is to offer creators a second chance to benefit from their creations.

Unfortunately, the situation was complicated thanks to a 1972 Second Circuit Court ruling that broadly expanded the definition of work for hire. The decision was based on the so-called "instance and expense test" as its litmus which, as we noted back in April, "holds that if a contract does not specifically secure rights for the employee, if "the motivating factor in producing the work was the employer who induced the creation," and if said employer is able to "supervise and direct" the contractor in their work, the contract worker cannot claim the right to copyright ownership."

How Jack Kirby Was Definitely Screwed

Let's revisit Jack Kirby's time with Marvel. During the 1960s, the contract Kirby worked under was vaguely written. Or, at least Marvel seems to have thought so. At the end of the decade, Marvel offered Kirby a brand new contract that seemed very aware that he might have some kind of claim to his work. The contract included the express denial of any rights to the characters he created or co-created, and required him to agree that he would never take legal action against the company. If Kirby could never have had any legal claim to the work he delivered, why then did Marvel feel the need to specify that lack of standing? For Kirby, who was already increasingly unhappy with the way Stan Lee seemed to get far more credit than he did (Stan Lee, in fairness, insists otherwise), this was the last straw. He left Marvel rather than sign the new contract. In other words, he never agreed to permanently sign over his legal rights to benefit from his work. 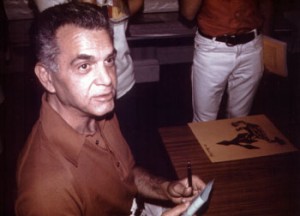 That would appear to put him in the category of people eligible to challenge the copyrights on his creations. And under the Copyright Act of 1976, contract workers are provided with a somewhat broad framework in which they may legally benefit from creations that generated untold wealth for other people, but not for them. People directly employed by a company, or those considered work for hire, which is supposed to mean that they are doing a job for which all expenses are covered, are exempted from this.

So what's the problem? Given that framework, and given Kirby's relationship with Marvel, his heirs should have standing to challenge Marvel on his behalf. Unfortunately, courts have now so widely defined the category of people who are considered ineligible to take advantage of that framework as to make the matter almost like hunting for Unicorns. That isn't just artists, it's everyone who does contract work. Under the definition accepted by the courts which have rejected the Kirby estate's claim, every single freelancer willingly gives up all rights to anything they produce unless their employer expressly agrees otherwise.

However, the Kirby Estate now intends to bring a novel argument before the Supreme Court: Kirby covered his own expenses, and further "Marvel was not obligated to pay, nor paid, for Kirby submissions it did not wish to publish." Kirby's agreement with Marvel didn't have him as simply a commissioned artist, in other words, and that seems self-evident. A truly commissioned employee comes with certain gives and takes which simply aren't present for people like Jack Kirby. Thus Marvel was not the statutory author of Kirby's work.