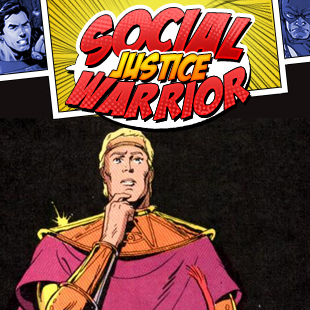 Should geeks avoid political controversy at all costs? Nope. We're better than that.

When I debuted this column last week , a good number of readers expressed concerns about it, and those concerns brought up an important question. To wit: Is there really no place for political discussion in greater geekdom?

Some of you were concerned that this column's existence demonstrated editorial bias. To that point, I don't deny that politically I lean very much to the left. As such, when I discuss controversial topics, I'm going to talk about them from the left. Obviously, I absolutely did set out to provoke. After all, I chose the name Social Justice Warrior for forum of opinionated discussion of political topics. So yes, troll is trolling. But as with any opinion piece, the article is just the beginning of the discussion, one that should continue in comments and in the forums.

Other readers went a bit further, expressing outright skepticism about the place for this column among the other topics covered on this site, and particularly as part of the Comics and Cosplay channel. And that's what I really want to address.

It's definitely true that this community we all belong to is made up of people with differing views on controversial topics. So it goes that, much like awkward Thanksgiving family dinners, it's often good policy to keep what should be a pleasant discussion of, say, the hilariously over-serious new look of Superman's uniform in Batman v. Superman: Dawn of Justice, largely free of politics. 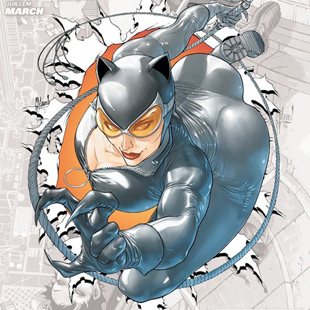 But much like a particularly bad Thanksgiving dinner when Grandpa suddenly decides to drop deep racism or sexism bombs because you asked him what he thinks of the latest season of NCIS (yes, I'm speaking from personal experience), sometimes you simply can't avoid it.

Sometimes it's because someone does something really obviously dumb. For instance, like when DC Comics reveals plans for an exploitative Catwoman cover that not only appears to have been drawn by someone with no understanding of human anatomy, but also blatantly exists only to shove tits and ass into your face, giving one no choice but to point out how hilariously and unnecessarily sexist it is.

Sometimes, it's because a controversy within the community attains such widespread impact that to avoid talking about it is to commit a kind of journalistic malpractice. For instance, when women working in the video game industry started the #1reasonwhy campaign to highlight their personal experience of sexism in the workplace.

Sometimes it's because some of us do or say something really stupid, forcing a strong rebuttal, not only to stop a bad idea from becoming conventional wisdom, but to make it clear that no, not all of us are assholes. Like when some people objected strenuously to the casting of Michael B. Jordan as The Human Torch for reasons that can only be characterized as completely racist.

But examples like those I've cited here are, thankfully, not all that common. However, there's another reason we can't avoid politics: simply put, it's the sheer volume of works aimed squarely at us that demand we think politically in order to fully understand them.