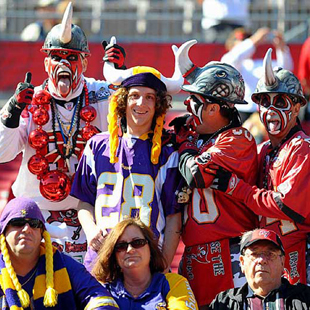 I'm sure Pethokoukis thinks he means well, even if it's sad to see someone so young be so confused by something new. But the fact is, the economic impact of cosplaying is immaterial. While it's great when their spending contributes measurably to a city's tax base, the point is that cosplaying is fun. And being unsettled by how much fun people seem to be having drips all over this editorial.

There's this peculiar strain of American culture that is weirdly put off by the sight of people enjoying themselves, and not only when times are tough. It manifests in lots of crazy ways. For some, it's hating rap or rock n roll; for others, it's opposing the consumption of alcohol by the poor. Sometimes it's the latest tired round of hipster bashing*; often, it involves freaking out about how people are having sex. It even includes the ongoing insistence that video games are enjoyed only by basement dwelling losers. Whatever the latest target, the subtext is always the same: what these people are doing is strange and probably dangerous; at best, it's a sad side effect of larger problems we need to solve right now, at worst it's proof of sloth, dissoluteness, or even gradual societal breakdown.

Notice, however, that these fears are not applied universally. Much like how the musical taste of teenage girls is held up as proof that music is dead whenever the newest version of Ariana Grande charts**, the list of examples of unacceptable diversions curiously omits pastimes enjoyed by people considered "normal". You know, like these guys on the right.

I guarantee that you'll never see an article, like the one Pethokoukis penned, that laments the deleterious impact of fantasy football, or the troubling inability to accept adulthood exhibited by dedicated NFL fans. You'll never see obsessive hand-wringing over wasted hours sports fans spend painting themselves in team colors, or the hundreds of dollars blown on team merchandise. That's because, unlike cosplay, video games, or whatever version of popular music hasn't been adopted by social conservatives yet, sports are considered about as normal and wholesome as you can get.

That, more than anything else, is the "problem" with the rise in cosplay. Some pastimes are more acceptable than others, it seems. As are some forms of cosplay. 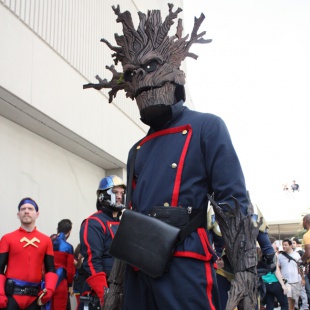 Cosplay existed long before the economy went to shit. As you can see above, sports fans are among its pioneers. Yes, it's true that in the last 6 years, geek-oriented cosplay has exploded in popularity. But so has the concept of a shared superhero universe linked together by several multi-million dollar film franchises. Both phenomena have more to do with the fact that geeky pop culture is extremely popular than with the economy.

But more importantly, who gives a shit how The Kids are enjoying themselves. Are people supposed to wear sackcloth and beg in the streets if they hit financial woes? Is practically any hobby supposed to be a sign that someone has checked out of so-called real life? People like what they like, and it isn't a sign of psychological retreat or immaturity just because you don't understand it. Maybe it's time to stop worrying about how people in a demographic plagued by economic instability choose to spend their free time, and start worrying about how to fix the economic instability we claim to be concerned about.

Frankly, if you're the kind of person looking at cosplayers and seeing signs of a larger problem, you might need to look down. You'll probably find that you need to get off their lawn.

* Sorry people, but the word hipster long ago stopped meaning anything but "things that make me feel old".

** And nope, I don't think it's a coincidence that things enjoyed primarily by women are seen as suspect and unusual and concerning, but that's a topic for another column.

*** For the record, I have nothing against sports fans. I wish they'd admit they're even bigger nerds than geeks are, but that's it.