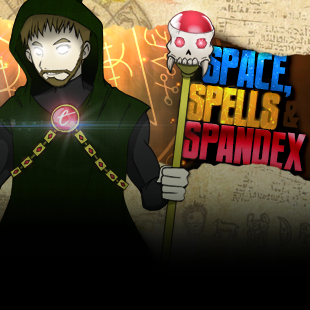 The X-Men kind of suck these days.

It's sad because they really shouldn't. The situation for Marvel's favorite mutants is currently pretty dire. Terrigen mists, toxic to mutants, are sweeping the Earth, killing off the already sparse species en mass. Add in the usual problem of everyone hating mutants (despite the world being full of beloved super powered individuals) and it's hard to imagine how things could be worse for them.

Not that imagination is required at this point. Marvel has already provided plenty of alternative worst case scenarios. Days of Future Past, the Genoshan genocide, "No More Mutants"; the comic publisher almost seems to revel in pitting the X-Men against genocide scenarios that have only escalated in ferocity and frequency as time's gone on. The problem is that we've reached a point where the franchise just isn't able to get as much out of these high stakes. They've been too extreme on too many occasions for the reader to really believe that anything permanently bad is going to happen.

Mind you, X-Men books aren't the only comics that suffer from this problem. An over reliance on big action and overblown events has been a common complaint among Marvel and DC fans alike in recent years. Even as we proverbially speak, Marvel's ramping up for Civil War II, a crossover event launching this June that will pit hero against yadda yadda you know how this works. Nevermind that Marvel just wrapped up Secret Wars and that its new combined universe is still just starting out, we clearly need to have another big event to shake things up.

This dedication to bombastic stories does more than just numb readers to over the top action and events. It can also prevent creative teams from having the time they really need to further the stories of the characters they're directing. This isn't as much of a problem in a series like Sam Wilson: Captain America, Astonishing Ant-Man or Thor where the story is focused on a single character. Even when a series is being forcefully pushed toward the next Secret Civil One More Days of Future Ultimatum, writers can often find enough breathing room to explore and forward the story of an individual character. In an ensemble series like the currently running Uncanny X-Men or Extraordinary X-Men however, a constant wham-bam pace leaves little room for actual character development. There was a reason, for instance, that Magneto was my favorite pre-Secret Wars X-book. Its singular focus allowed it to delve into the master of magnetism in ways that the X-team books (mostly) didn't have time for.

More problematic, I think, than the dampening of character development though is the way that Marvel's current practices damage the core of what the X-Men are about. Captain America can fight against Hydra in perpetuity and have it still work because that's what he does. The experience of the X-Men comparatively, isn't really defined by their battle against some central foe. They do have recurring villains, but their ultimate struggle is against prejudice. While I suppose it's sadly realistic for their progress to be minimal after so much effort and time, it nonetheless makes it hard as a reader to invest in them when their struggles never seem to lead anywhere. After decades of fighting the good fight, mutants in the Marvel Universe still have a very firm grasp on the shit end of the stick. Rather than experimenting with something new, whenever things get better, Marvel just drops in some disaster to bring them back to square one. That might work for some franchises. I don't think it works for the X-Men.


None of this is to say that the X-Men are doomed as a comics property or that Marvel is getting everything wrong. The current All-New X-Men, much like Brian Michael Bendis' pre-Secret Wars series of the same name, has thus far been a delight. Following a more focused team embarking on smaller scale adventures, it's so far done all of the things I wish the other X-Men books were doing. There's down time, there's real character development and the issue of mutant prejudice has been handled well. I sincerely hope that it keeps going that way because I love the X-Men. They were my first real superhero obsession and it honestly breaks my heart when they're anything less uncanny.

Join us tomorrow for The Panelist from Guilded Age's Phil Kahn!