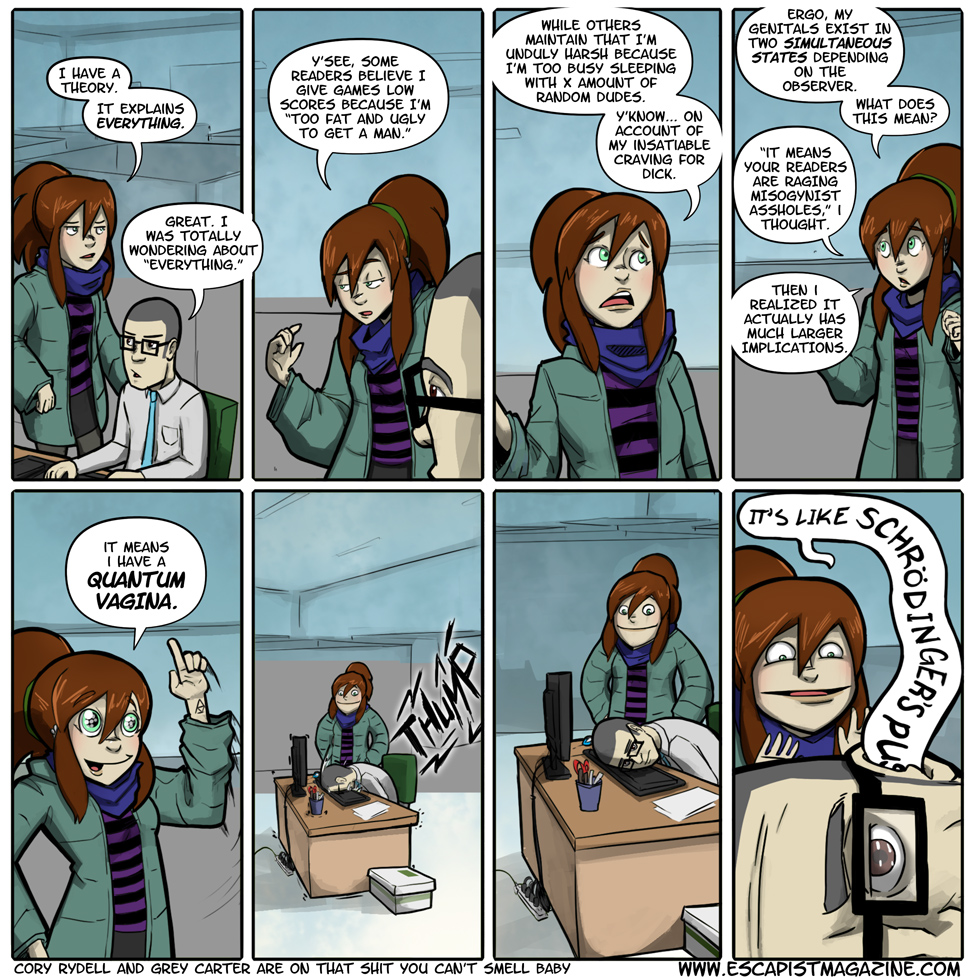 We dinged the press last week, so I figured a shot or two at you filthy reader-types wouldn't go amiss. Though it's often used as an excuse for bad journalism, I do think it's true that readers and journalists are different sides of the same coin (probably a bad choice of words considering recent events). Readers don't directly control content, no, but their purchasing and viewing choices do inform editorial decisions.

But from what I've seen, readers are only using half of their available resources. Calling out degrading, frivolous or just plain bad journalists on their bullshit is important, but it's equally important, perhaps more so, to support sites and mags that are doing things right. Promote good journalism and good journalists. Reward good sites with views and, if it's not a huge inconvenience, turn off your ad-blocker so their writers can afford to eat.

I think readers should openly criticize journalists and their work, but when you see another reader acting like a prick, step in. All their shitty behavior is doing is making it more likely your opinions and your wants will be ignored. It's very difficult to take someone's advice on avoiding biased language seriously when they're standing next to some arse claiming that I'm a terrible writer because I spend my afternoons gargling Giraffe dicks. I'm a bad writer for lots of reasons; my taste for delicious Giraffe phalli is not one of them.

On the subject of positivity, there's a pretty good article on the challenges facing modern games journalism starting on page 28 of this little bundle of joy. The opening piece is a little lopsided, but the rest of the mag holds up. Though you might not guess it from his overblown persona in the Jimquisition, my fellow rotund Englishman, Jim Sterling, is also capable of the odd insightful piece. Also, check out Good Games Writing, clue's in the title.

Also, the original title for today's strip was "The Cat in the Twat," but ... well, yeah.