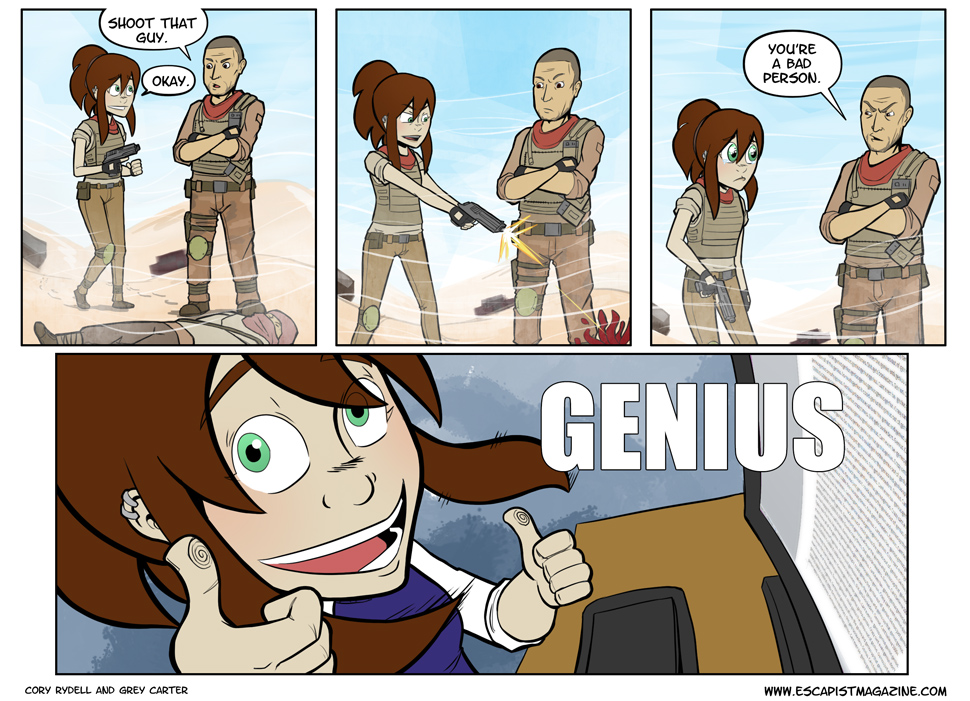 So, another year has slithered past and we journalists are left trying to rearrange the year's titles into some kind of quality hierarchy so that you, the faceless reader, may vehemently disagree with it. From Monday to Friday we'll be counting down the Critical Miss team's favorite games of 2012.

It's far too easy to dismiss, Spec Ops: The Line. It's a middling military shooter released in a year so thick with the bloody things you'd be forgiven for thinking we live in the army-worshipping fascist wonderland from Starship Troopers. It's buried under the Spec Ops label, a series which, until this point, has played the military shooter trope perfectly straight. The demo is laughable; a ridiculously long turret scene followed by a dull, context-free gun battle. The game's premise and marketing makes it out to be nothing more than a shooter affecting the accent of Apocalypse Now, another "serious" title, doomed to be "quite clever, for a videogame."

A lot of people skipped The Line entirely.

Well, surprise, motherfuckers! It turns out it's actually one of the smartest and most important games of its generation.

What makes The Line brilliant isn't the way it - quite boldly, for a game - suggests that the American military might not be the force for universal good it's often made out to be, and that our collective obsession with violence, both real and imagined, might not be healthy. It's the fact it does this in a way only a game could. Many people point to the white phosphorous scene as The Line's most striking moment, but that was a scripted event and impossible to avoid. The true apex of the game's commentary came much later, when it successfully manipulated me into committing a virtual atrocity. Then it took a step back and said, "Look what you just did, you prick."

Very few games are capable of making me "feel" anything outside of satisfaction or frustration stemming from their mechanics, Spec Ops: The Line made me feel like an arsehole. And that's good.