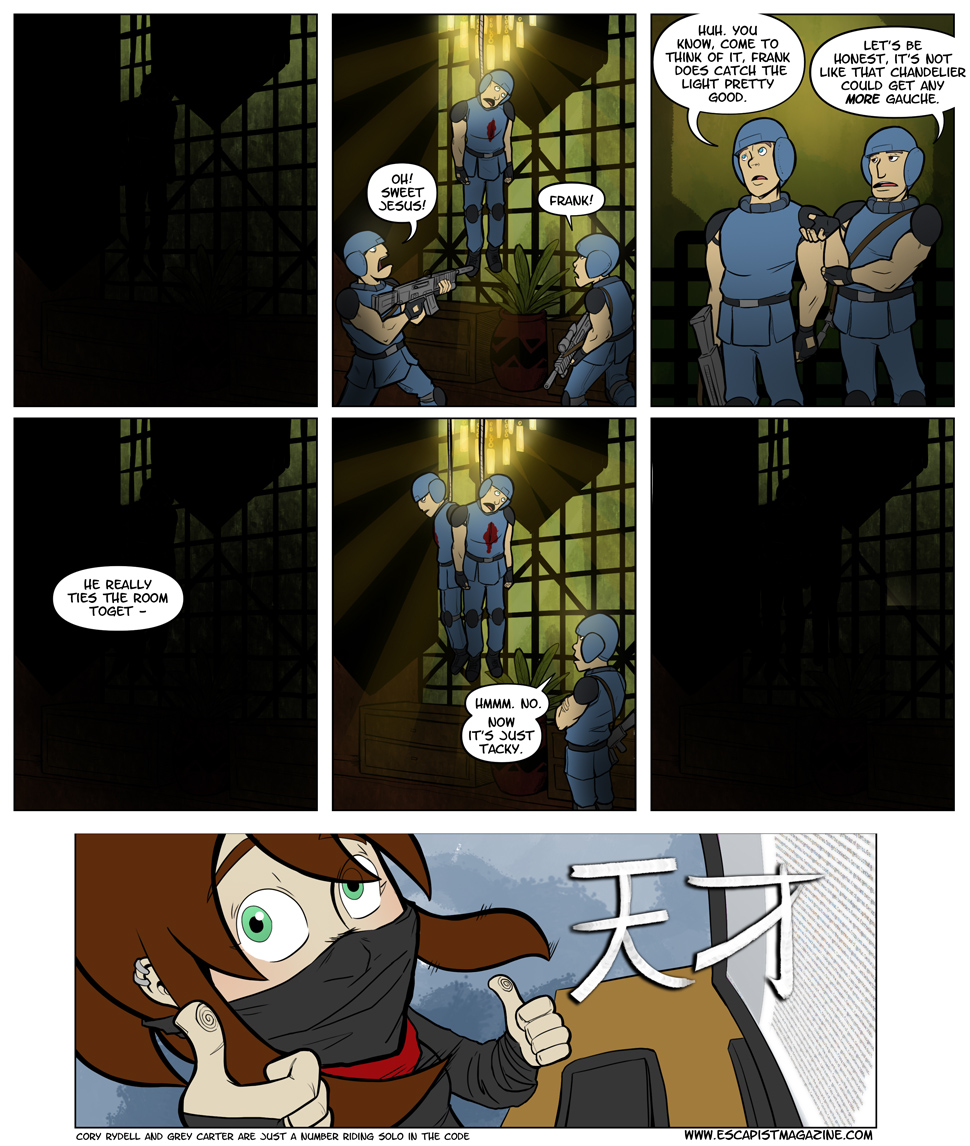 In her 10/10 review for Destructoid, Holly Green described Mark of the Ninja as "the benchmark by which all stealth games are now measured." I can't say I disagree.

MOTN may not be the overall best game in the stealth genre - its cheesy, grindhouse-aping narrative prevents it from toppling either Thief 2 or Chaos Theory - but its gameplay is both a celebration and a distillation of everything that makes the genre great. There isn't one genre mechanic that MOTN doesn't somehow improve. It does away with clunky light and sound meters and instead tells you everything you need to know via series of organic visual cues. Objects in shadow are rendered as subtle outlines. Sound is represented by a series of concentric rings emanating from your feet. Leaning against a door allows you to peek into the room beyond, no button presses required. MOTN is the perfect example of streamlined game design. Your options are many and varied, but they're all accessed through an elegant, intuitive interface that never puts itself between you and the game.

This innate understanding of the genre extends to MOTN's campaign design. While most stealth games offer "gadgets" as a way to escape failure, MOTN actively encourages you to engage enemies in varied ways and with different tools. Kill them, toy with them, do anything but avoid them; the game rewards pretty much every approach, both lethal and non-lethal. Klei seems to understand that, at their core, stealth games are essentially a series of puzzles. MOTN funnels you into tight, complex arrangements of sentries that require increasingly elaborate strategies. The guards are just stupid enough to be manipulated into leaving themselves open, but are still smart enough to pose a threat.

MOTN actually shares a lot in common with #4, Dishonored. Both Corvo and the Marked One share a similar move set, right down to freezing time and teleporting. But while Dishonored dumped the player into a series of relatively open environments and left them to their own devices, MOTN provides tools and then problems to solve. If Dishonored is a playground, MOTN is an assault course.