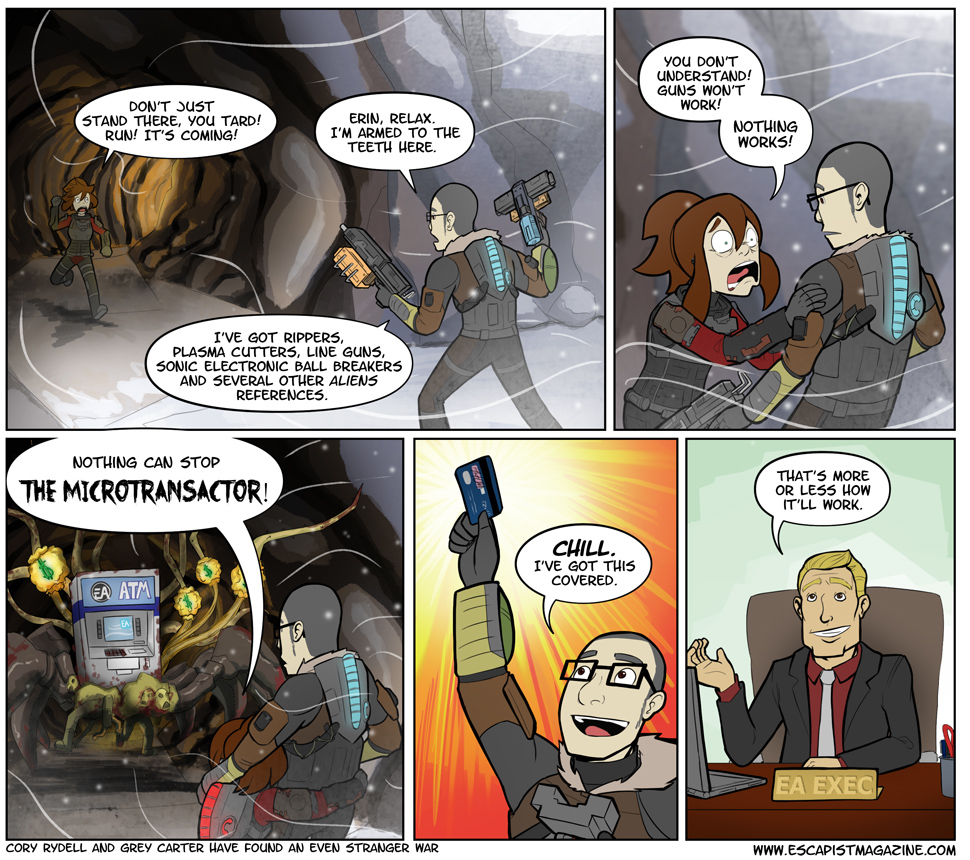 My initial impressions of Dead Space 3 were more than a little bit on the negative side. The cover shooting, weird pacing and universal ammo all served to make the game feel like a poor man's Dead Space 2 (coincidentally, my favorite game of this gen). Around Chapter 4 the game stumbles upon its most compelling concept: Exploring a variety of ruined ships, some of which are filled with loot. Then, around chapter 11, it changes again. Suddenly it's like a really good version of Army of Two, and against all odds, it works. Dead Space 3 is far more ambitious than either of its predecessors, but it does sacrifice some polish for that scope.

I'm hoping the "classic" modes unlocked after the main campaign is finished offer a more traditional Dead Space experience, but as a fan of the series I can't say I'm disappointed with the main campaign.

Those (not quite) microtransactions can fuck off though.