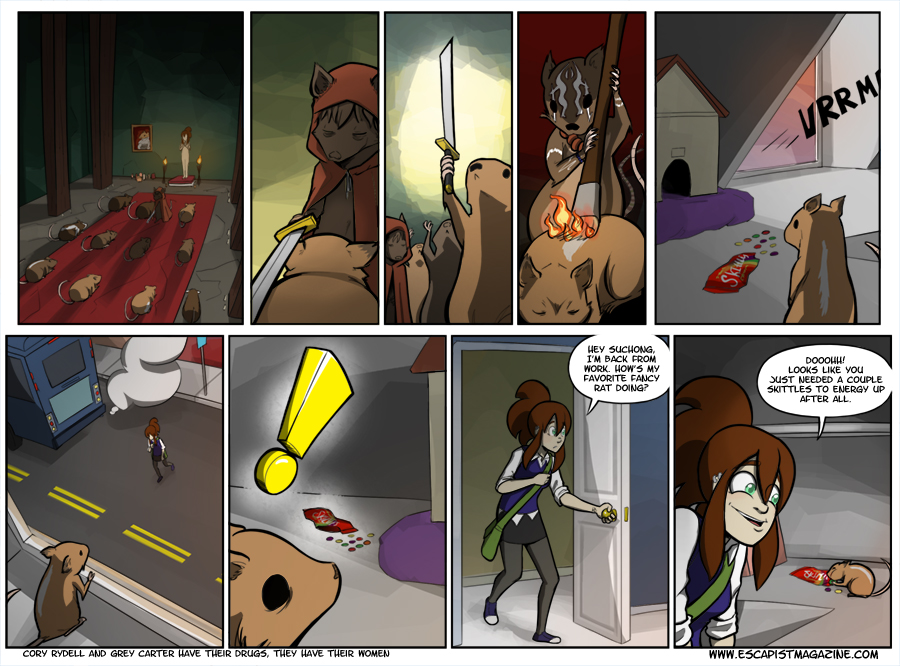 That's the end of my little arc, Grey will be back next week with proper jokes with set ups and punchlines.

Unfortunately, a lot of people picked up on this last week with the Rogue Legacy-esque painting being hung. The original plan was to end that strip on the funeral pyre but I figured after the first strip that would be a huge downer so I added that Erin shrine, which kinda ruined the punch of the arc. There was also originally supposed to be a trial between all the rats to determine who was the best and most ready to succeed as Erin's guard, but even this took 9 squashed panels and doing all of that would have been ridiculous. The pacing is already a bit wonky.

Speaking of Rogue Legacy, it's a fun game. You should all go give it a look over and buy it.