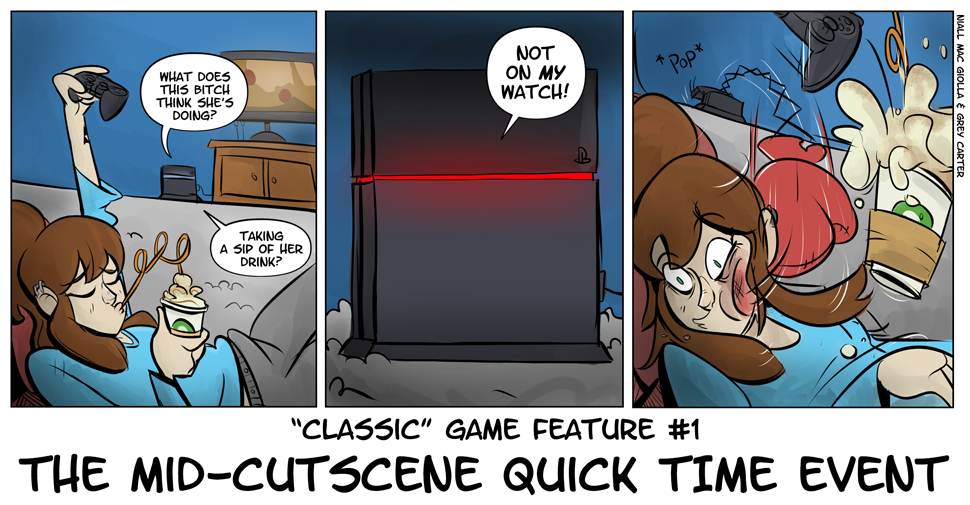 I've been playing the Uncharted 1 remaster recently and I'm actually quite surprised at how well it holds up (that bit with the fucking Jetski aside). I actually much prefer the more sedate climbing than the "WATCH OUT, EVERYTHING IS EXPLODING AS YOU CLIMB OH MY GOD" roller-coasters of UC2. That being said, it does occasionally slap me across the face with some good old 2007 janky game design. The surprise cutscene QTE makes an awful appearance a third of the way into the game and it's honestly amazing to think that developers once thought this mechanic was anything but unrefined, organic, locally sourced cancer. I'm actually quite mellow on QTEs as a concept, as long as they're an upfront, well-defined part of the game, but just hurling one into a cutscene hours into a game with no forewarning is just a pure dick move.