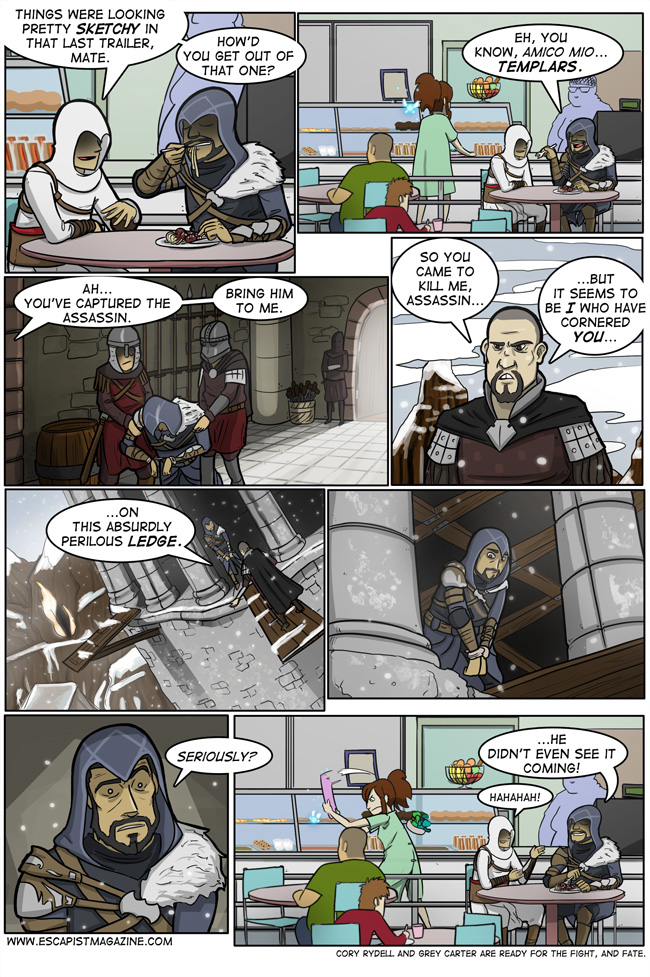 1: This comic was designed, developed and produced by a multicultural team of various religious faiths and beliefs.

2: Ubisoft's long form, "music video"-style trailers are uniformly excellent and they should use them in place of their increasingly generic deep voice/epic music TV spots.

3 The comic isn't exaggerating. The antagonist in this trailer really does look like Jason Stratham crossed with a beaver.

4: Why didn't the Templar archer bring more than one arrow?

5: The Templars are winning in the modern portion of the games because they finally have access to a certain website and thus can avoid embarrassing situations like the one illustrated in today's comic. That and they presumably outlawed hay.