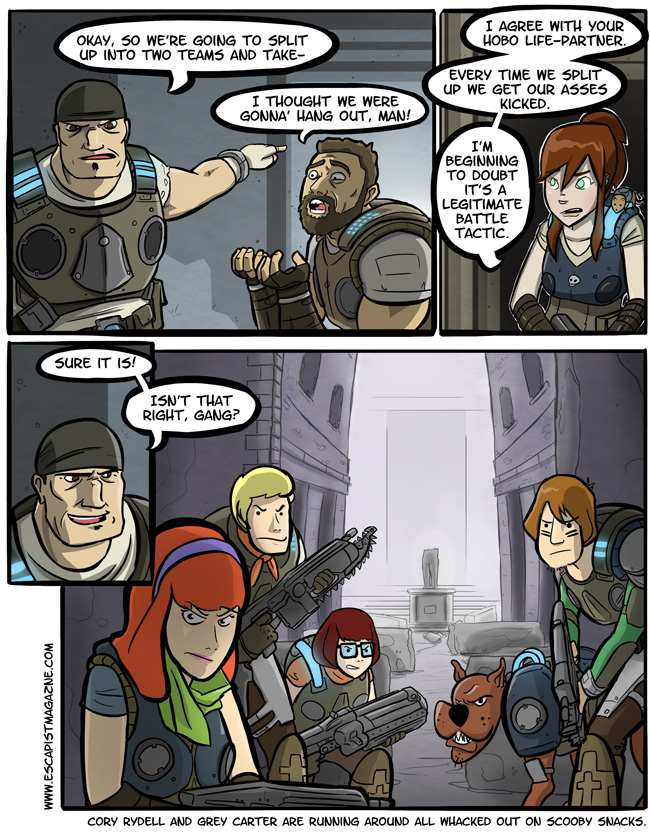 One of Gears of War's running themes is angry-porkchop Marcus Fenix's constant Scoobian desire to split his squad of gargantuan man-children into smaller, less efficient, groups of two. It's the only real gameplay misstep the series makes in my opinion. During these segments you're separated from your co-op partner, and the AI squadmates, presumably overcome with loss, forget that they can revive downed players. The difficulty shoots through the roof, and the slightly goofy monster blasting fun gives way to frustration, as you're forced to watch the same cutscene and make the same decision on which direction to go, over and over again, until both players get the battle exactly right. The team essentially becomes only as good as its worst player, and there's really only one way that can end. I've yet to fire up my copy of Gears 3, I'm waiting for my lazy co-op partner to pick up his copy, but I'm hoping the issue doesn't crop up, for his sake.