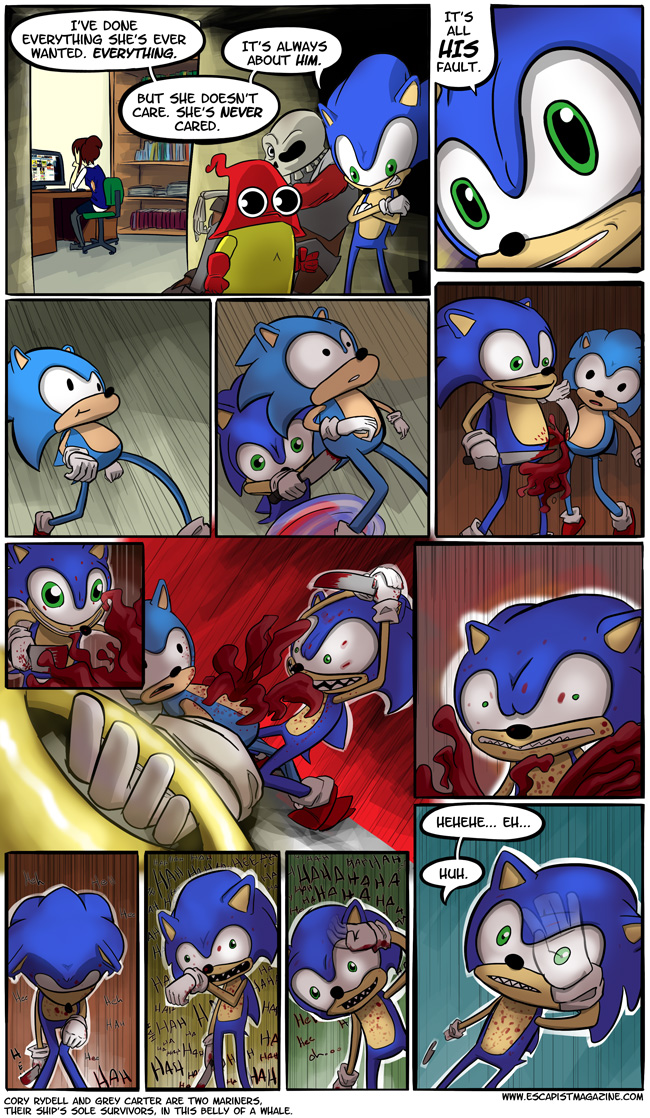 That Sonic, always rushing into things. Like spikes, bottomless pits, or paradox-inducing homicide.

There's a strange disconnect in Sonic Generations, in that while modern Sonic has more engaging gameplay, classic Sonic is simply eminently more likable. He steals every scene he's in with a mix of charming silent(!) humour and the odd nostalgia-inducing sound effect. The game paints him as a much more subdued character than his modern incarnation, from his slightly frumpy design, to his lack of annoying 'tude. But Sega is actually being a little revisionist when it comes to Sonic history. The truth is, classic Sonic was always supposed to be a character "with attitude," and his design, as goofy as it looks now, was considered quite "cool" when the franchise was launched back in the 1990's. What gamers have chosen to interpret as restraint on the part of the original Sonic team, were mostly just the technical limitations and design dogma of time. He didn't talk because the tech wasn't there, there was no obnoxious story because there simply wasn't room for one. But, check out any of the other media connected to the franchise, or the way the games were marketed, or the idle animation of Sonic himself in the original Sonic the Hedgehog. He's always been an insufferable little shit. The nice hedgehog of yesteryear is a fiction, albeit it's one I'm quite happy to buy into.

Today's strip also happens to feature two of my favourite game characters, neither of which are Sonic the hedgehog. Both starred in excellent, though not entirely successful, games and both were cut down during their prime. Raise your cups, ladies and gentlemen, they deserved better than this.