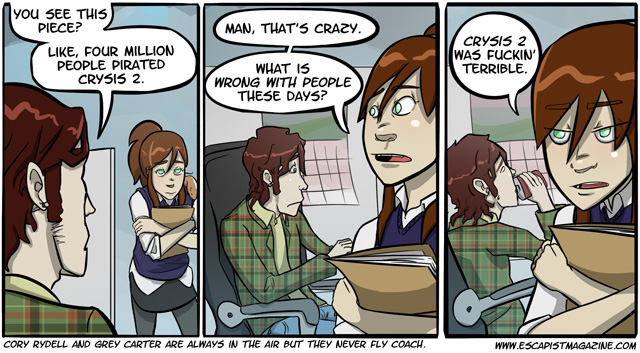 I'm not going to get into the subject, other than to say it's more nuanced than either side of the debate is prepared to admit.

According to Torrent Freak Crysis 2 was the most downloaded game of last year; clocking in at 3,920,000 illegal copies downloaded. Since the Torrent Freak data doesn't mention their methodology, cover newsgroups or file-hosting sites or breakdown the results by region, the numbers don't really mean much. They did present us with a delicious bit of low hanging fruit, though. And that's our favourite kind of fruit.