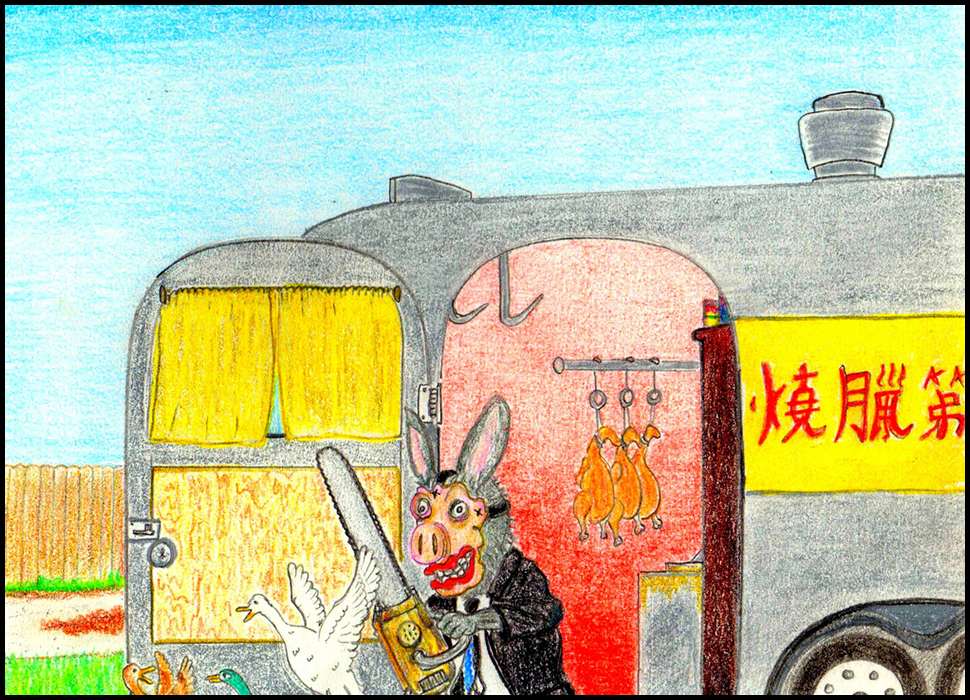 The food which you are about to eat is from a tragedy which befell a group of ducks, in particular Sally Hardesty and her invalid brother, Franklin. It is all the more tragic in that they were young but had they lived very, very long lives, they could not have expected nor would they have wished to see as much of the mad and macabre as they were to see that day. For them an idyllic summer afternoon flight became a nightmare. The events of that day were to lead to the discovery of one of the best recipes for crispy duck skin in the annals of food trailer history, The Chinese Barbecue Chainsaw Massacre.