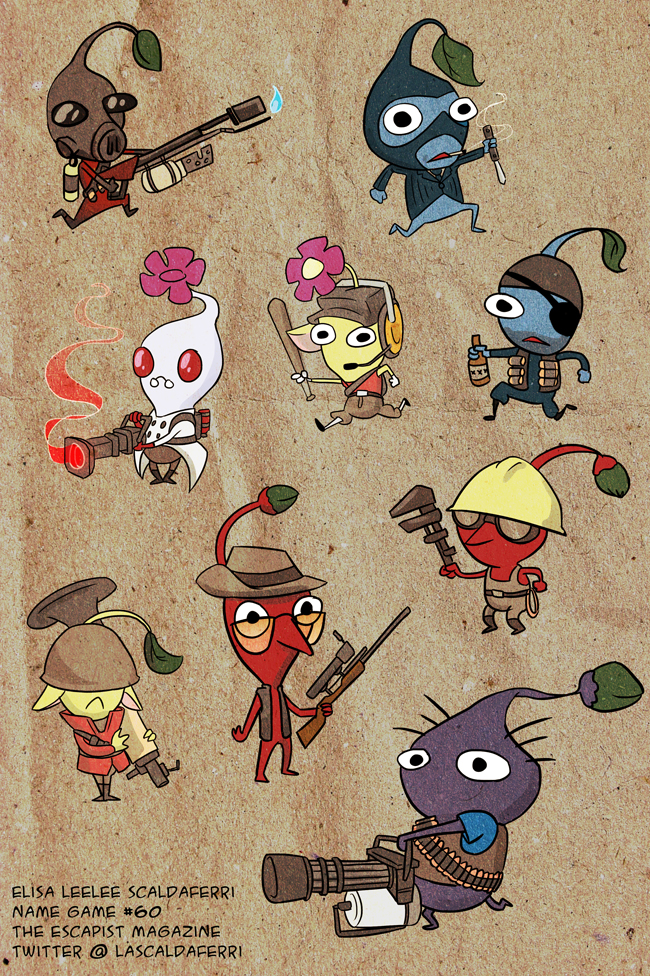 If anyone figures out how to make this a mod, I will gladly play with you.

It has recently been brought to my attention through twitter and some emails that people are under the impression that I have plans to leave The Escapist. Let me just clear the air right now by saying that is not the case. I'm sorry if there has been any confusion. These past few months have been a bit hectic and confusing for me too.

When you think about it, it doesn't make sense for me to just pull Name Game now. Not after all I've been through with it. This past year has been nothing but an eye opener in so many ways and Name Game was the catalyst. There's a whole long winded story behind that, but let me just say I wouldn't be living on another coast right now if Name Game didn't make me realize what I was doing wrong. I was lucky it came to be when it did.

Not only has it made me grow but I feel like it's grown as its own entity too. My characters are finally starting to wake up and come into their own. After spending so much time with them they've truly grown in my brain. They feel like my babies at this point. How would it be fair if I just ended their sweet little lives because of a petty conflict of mine?

Yes, there have been a number of times where I felt Name Game wasn't getting the full respect it deserved. But if I stopped at a project every time I felt that happen I would never get anything done. I would only be holding myself back, cutting valuable ties and bumming out fans. What good would that do?

I apologize if any of this came across negative towards The Escapist. I really didn't intend it to be. They're not bad people. In fact just the opposite. They are all awesome and work damn hard. Don't give them a hard time.

Am I saying that I'm staying with The Escapist forever? Well I can't exactly say yes. Life is unpredictable like that. Hell, I didn't predict Name Game to come this far. But I'll do what I can to keep it going for as long as I can.

Name Game won't be the only project I work on. It also might not last forever. But it will always hold an important place in my heart. It is the greatest reminder I have of what's possible when I apply myself. If I wasn't doing Name Game, I'd still be miserable at art school, doing half-assed projects because I didn't care.

Name Game gave me something to care about. There is no reason for me to rip it from its home now.