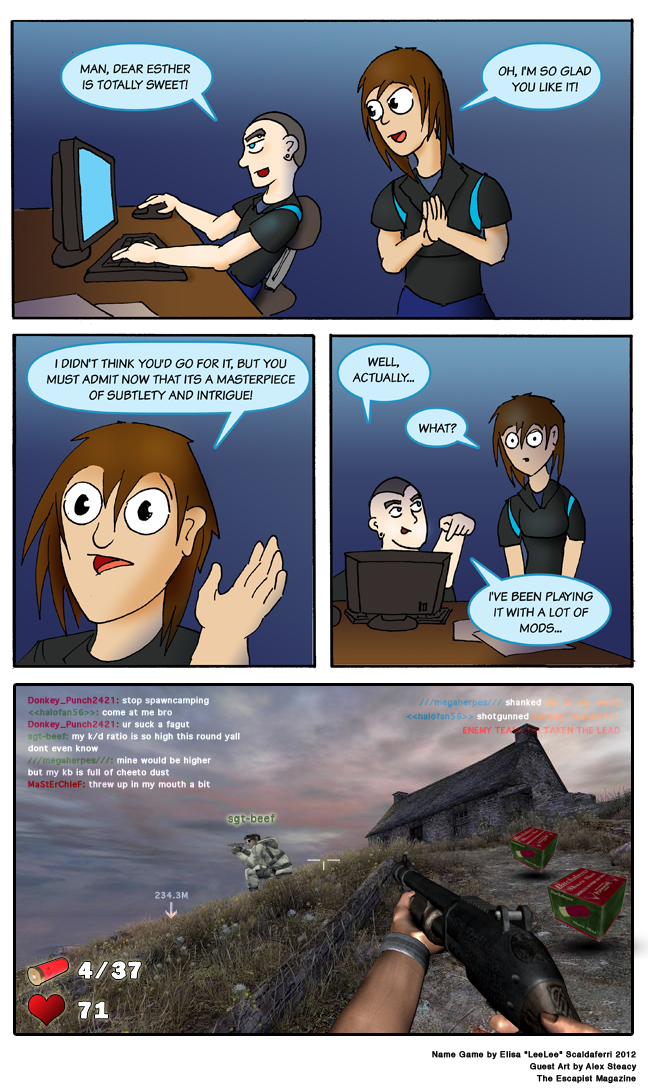 This week's guest strip is by LRR's very own Alex Steacy, the king of Derp.

On the subject of cool artsy games, I must take this time to recommend Journey. I played it a few weeks ago. That game is fucking beautiful in every way it can be.

Oh, and I finally finished Mass Effect 3. I see why everyone was pissed over the ending, but I don't think that it deserved the wave of rage it got. Although Thane's space cancer ruined the game much earlier for me.

Just play Journey, guys. It has the most perfect ending ... seriously ... I might have cried.

I might not have been able to make it to PAX East this year but some of my work managed to shine through in cosplays. Kathleen was nice enough to call me in the middle of the LRR panel to inform me of this. I was touched. I'm sorry I couldn't make it to East but I'm making sure I'll make it to Prime. There's also a chance I'll be at Calgary Comic con this month but it's not set in stone ... money is still tight. Hope it works out though.

Until then, see you at PAX Prime.