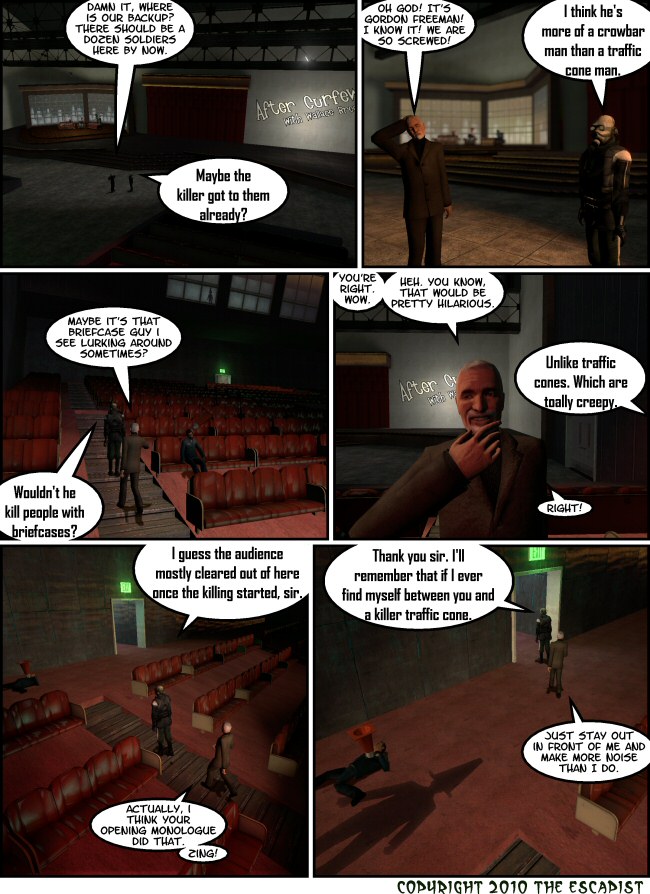 Let's talk movies for a second. While I'm a huge fan of survival horror games, I never really had much to do with horror movies. Once I discovered the fun of Silent Hill I went poking around in the horror movies, looking for something that could scratch that same itch. None of them really connected for me on the same level and very few scared me the way an interactive game can, but I did manage to find a few that provided solid entertainment even if they didn't really scare the pants off of me. A few that I thought were noteworthy:

I always thought that it would be impossible to translate Silent Hill into a film, but the Silent Hill movie blew my mind. It was almost exactly like the game: Sketchy story that doesn't really hold together, uneven pacing that has a few slow spots, dialog that mostly goes in circles, and some of the most stunning and disturbing imagery that will smother you with a sense of dread, solitude, and helplessness.

Behind the Mask: The Rise of Leslie Vernon is about the strangest horror movie I've ever seen. It does for slasher movies what Mystery Men does for superheros and Galaxy Quest does for sci-fi. It manages to be both parody and homage. It points out, mocks, and then embraces the tropes of the genre, from the un-killable killer to the un-catchable virgin to the remote house full of doomed teens.

Alone is the Dark is a terrifying journey into no I'm kidding it's an Uwe Boll movie. But the game was good. In 1992. Just making sure you're paying attention.