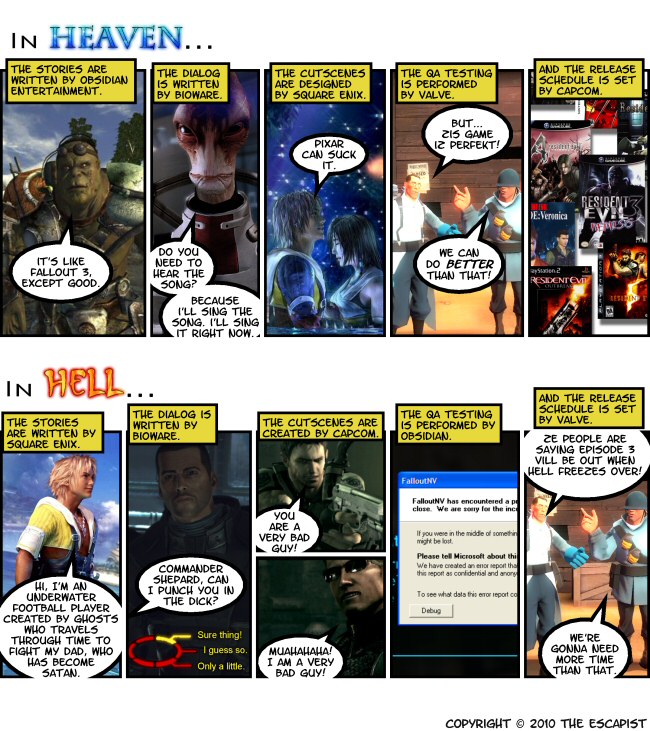 Yes, I realize that BioWare made both lists. For the same thing. If you've ever played a BioWare game, then you know what I'm talking about.

I've never been to Europe, so for me the joke is as true as the European stereotypes on which it's based. But I like the symmetry of it.