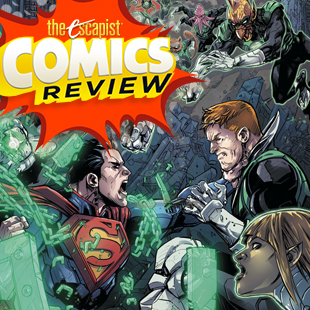 In other words, most of the heroes you know and love are going to be brutally killed or completely changed. Fan-favorite characters and obscure figures from DC continuity are introduced only to be wiped out, sometimes mere panels later. It's an approach that caters to shock value storytelling, but for the most part, Year Two's deaths add some dramatic weight to the story. Not to mention it creates a Game of Thrones effect of no character being sacred, especially those who won't appear in the video game.. Meanwhile, characters who do stick around undergo believable changes as they sacrifice morals to achieve their goals.

And these changes don't happen all at once; for the most part, the Justice League still think of themselves as heroes. Everyone wants to believe in Superman's vision for a better world, but haven't quite clued in that they're making everything worse. With every issue, the Justice League compromises itself more and more until you can't recognize who the heroes are anymore. In Year Two, Hal Jordan is the best example of this, as he reaches the point where he's not only betraying the Green Lanterns, but abandoning Black Canary's friendship after Green Arrow's death. Even Marvel's Civil War event failed to tear heroes apart so completely. 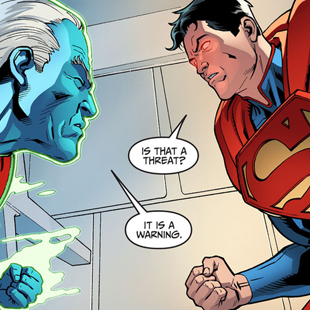 But Superman himself remains Injustice's tragic hero. Even in his current state, he hasn't completely forgotten his human side; Superman's interactions with Black Canary and Commissioner Gordon suggest he's still concerned for former allies. But he's also unwilling to take any criticism, and is too emotionally broken to grasp the damage he's causing. In a way, that makes him more dangerous because it's almost impossible for anyone to speak with him rationally. Once you get over the strangeness of Superman not behaving... well, like Superman... it's easier to feel sympathy for him as a flawed character descending into madness.

Even knowing how this story ends, Injustice manages to engage and surprise you. If you've played the game, you know that Hal Jordan joins the Sinestro Corps, and that Earth's resistance movement uses "super-pills" to give themselves stronger abilities. But the journey to get there has so many twists and turns that everything feels fresh and new. Like how Commissioner Gordon influences Earth's resistance movement, or how Jordon becomes disillusioned with the Guardians when he learns they visited Krypton. It also lends Injustice with an impressive tragic weight; Superman's rule could have been prevented just by one person acting differently, but conspiring circumstances prevent that ever occurring.

Bottom Line: Injustice: Gods Among Us Year Two Vol. 1 is a great continuation of the comic book series, raising the stakes without sacrificing previous character developments. Injustice actually feels like a comic book universe instead of a video game setting, filled with flawed versions of some of our favorite heroes. It's definitely one of the best video game-related adaptations in years, even if it's still running a year after the fact.

Recommendation: Did you like the Injustice video game, or simply enjoy "What If" superhero stories? If yes, read this series right up to Year Three. You won't be disappointed.